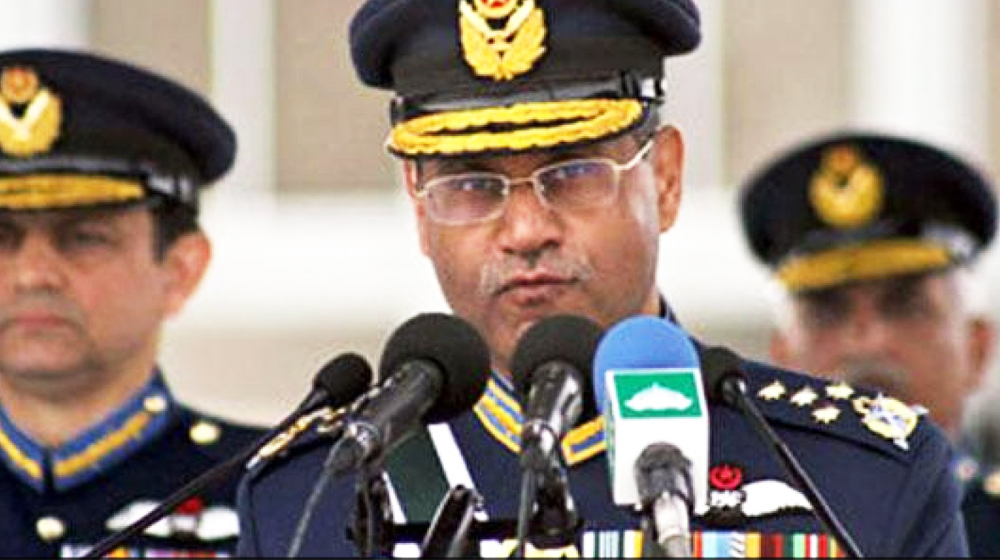 Commander of the Kuwaiti Air Force, Major General Abdullah Al-Foudari, has expressed the desire to further augment relations with Pakistan in different fields including defense and security.
He was addressing the passing out parade of Combat Support Force at PAF Asghar Khan Academy Risalpur Friday.

The Kuwaiti commander said both the countries enjoy historic relations in different areas including military training. He was confident that these relations will continue to grow in the years to come.

Speaking on the occasion, Air Chief Sohail Aman, said that both Pakistan and Kuwait enjoy strong brotherly relations based on shared history, traditions and religion. Both the countries have long history of cooperation at the government and air force level.

The Air Chief said that Pakistan Air Force is poised to meet any of the internal and external challenges. He said our success in the war on terrorism is a testimony to the fact that the force has a firm resolve to work in synergy with other two sister forces to root out the menace of terror from our motherland and the region.

Sohail Aman said that Pakistan is a peace loving country and supports peace efforts in the world, the region and the Middle East.

Air Chief Marshal Sohail Aman claimed that Pakistan Air Force is capable to meet any challenge and defend aerial frontiers of the country.

Sohail Aman said the air force is playing its role to establish peace, adding that the forces rendered sacrifices in the war against terrorism. He also said that cooperation between the forces of Pakistan and Turkey is expanding, adding that it will grow further.

The Air Chief appreciated the performance of twelve cadets of Kuwaiti force, who took part in the training.