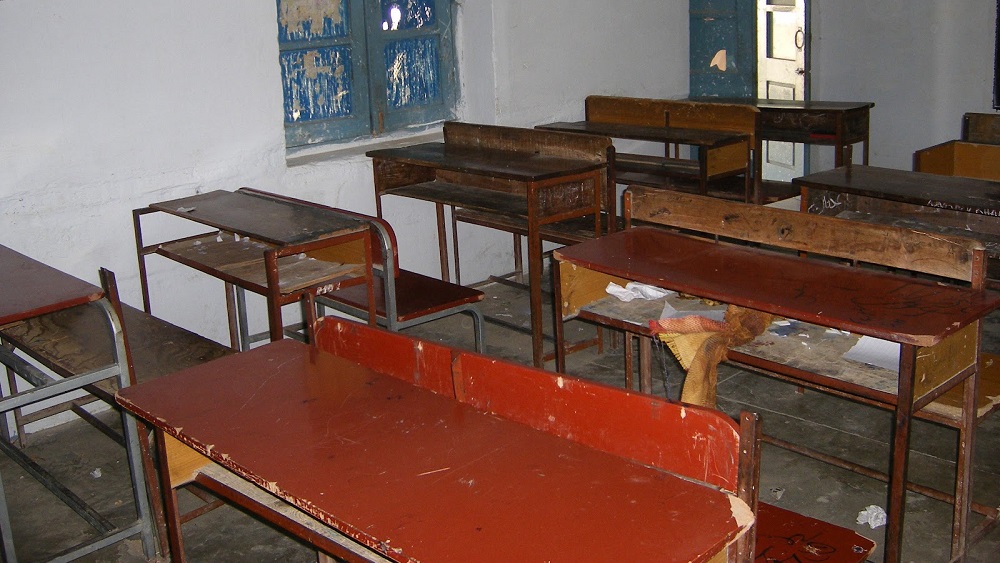 Back in 2014, Sindh Minister Nisar Ahmed Khuhro led the inauguration of the Naudero Girls College in Larkana. Three years later, there is still no lecturer at this institute.

During an unscheduled trip to the said institute on Wednesday, Larkana District and Sessions Judge, Abdul Ghafoor Kalhoro, was presented with the fact that Naudero College had a shortage of lecturers in the fields of Physics, Chemistry, English, Sindhi, Mathematics, Pakistan studies, and Zoology, as reported by sources.

This was also confirmed by the students studying at the college.

A General State of Disrepair

The judge was also shocked to see the poor conditions of the computer and science labs with thick cobwebs hanging from the furniture.

He faced a dissatisfied student body with regards to studies and college affairs. He also took notice of the unhygienic conditions of the college.

Upon inquiry, Kalhoro learned from the principal of the college, Ms. Shaheen Pathan, that no clerk, night watchman, sanitary worker or gardener had been appointed.

The principal also claimed that the college bus was forcibly given to the government boys college. The judge asked the principal to provide evidence which could be forwarded to those in-charge of running the institution.

The principal reported of corruption in the directorate of education and district accounts office saying that its officials were involved in bribery when releasing funds for college use. She added that students were not getting free textbooks as well.

The girls at the institute complained about the lack of electricity and water in washrooms and the harsh behavior of the principal. In response, the principal told the judge about the faulty college transformer which was causing an electricity shortage.

It is also important to note that during the judge’s visit only 40 out of 500 pupils were present. The principal and some of the non-teaching staff were not present during this visit, however, they arrived at the college within 30 minutes.

Judge Kalhoro asked the principal to send him all details in writing so that a solution could be devised. He also requested the principal to be gentle with the girls in the future and assured the students that no action will be taken against them.

The judge has asked the higher authorities to take severe action against the non-serious staff members and solve the issues at the institute as soon as possible.