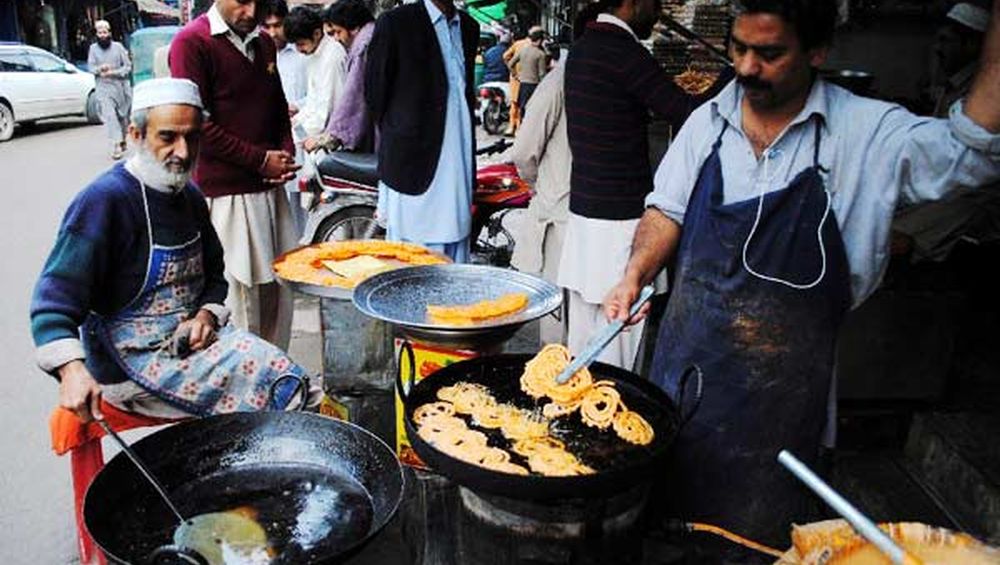 Doctors have criticized that the careless attitude of establishment towards roadside stalls selling a variety of food and unhygienic beverages has caused gastric diseases amongst the public.

They said that everyday they are battling to save hundreds of people with potentially fatal gastritis ailments. Dr Rana Sohail, a senior medic at the Mayo hospital, added

Mayo Hospital is located in the heart of the Lahore and my peers and I have witnessed gastro patients on a daily basis. Most of them ended up here in the hospital after eating food from a roadside eatery.

The silence of the Punjab Food Authority (PFA) against these eateries is raising several questions, At least they should regularize this business.

He said certain beverages are still made from extremely dirty water and people must do their best to avoid consuming these harmful products. Although the Punjab Food Authority has raided 12,000 food outlets and closed many roadside stalls, however, there are still many people selling unhealthy food.

Earlier this week, we saw that PFA also banned all banaspati ghee products because it was observed by the panel that a high quantity of trans-fatty acids, palmitic acid and nickel were added in the manufacture of banaspati ghee which serves as a ‘catalyst’ and is the root cause of lethal diseases like obesity, diabetes, mental disease, heart diseases and cancer.

A PFA spokesman, in defense of the authority, said officials were strictly monitoring the vendors, but it is impossible to eliminate the business altogether without the help of other government bodies. He said,

Everybody knows it is a mobile business and they establish their stalls for a few hours. It is also the responsibility of the other city institutions to keep a lookout.

Replying to a question, the spokesman said the authority had started training roadside vendors on hygiene and provided information on how cleanliness standards could be improved.

Believe me, in September alone, we have conducted five raids on the Lorry Adda and Railway Stations. Fines have been imposed on making food in hygienic conditions. Apart from these raids and educating vendors, we are also preparing strict laws so this menace of the society can be eliminated for good.

This has become a serious issue now as millions of Pakistani battle with their lives only by eating unsafe food. We should realize that this is an alarming situation and refrain from eating from unhealthy, unregistered and unsafe places like these.