The KSE-100 Index continued its ride in the red on the first day of the week, ending with a fall of 781.09 points or 1.90% as political uncertainty dampened the investor’s sentiment. 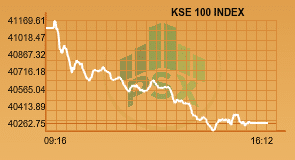 The market opened in green but the political pressure changed the scenario as the benchmark was on a downward trajectory, shedding over 847 points in intra-day trading to hit a low of 40,324.32, with selling in index-heavy names contributing most to the losses.

The market went down as the Pakistani anti-corruption court issued an arrest warrant for Finance Minister Ishaq Dar on Monday after he failed to appear before a scheduled hearing.

The court rejected his counsel’s application that the minister fell ill in Jeddah and travelled to London for medical treatment, and therefore, be exempted from today’s hearing.

Cement was one of the sector that came to spoil the show and the sectors market capitalization today. Oil sector was able to hold the market for sometime due to the surge in International Oil prices.

Many companies also announced their results. It didn’t help the market as the earnings announcements of index-heavy company’s disappointed investors who are also awaiting clarity on many fronts including future economic strategy and Political uncertainty as well.

All shares index had a traded volume of just 98 million shares Overall, stocks of 358 companies were traded on the exchange, of which 78 gained in value, 261 declined and 29 remained unchanged. In KSE 100, 53 million shares were traded with a net worth of just Rs. 5.4 billion. 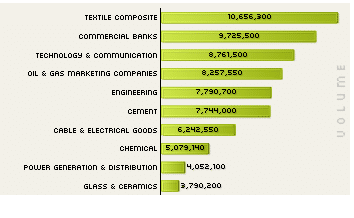