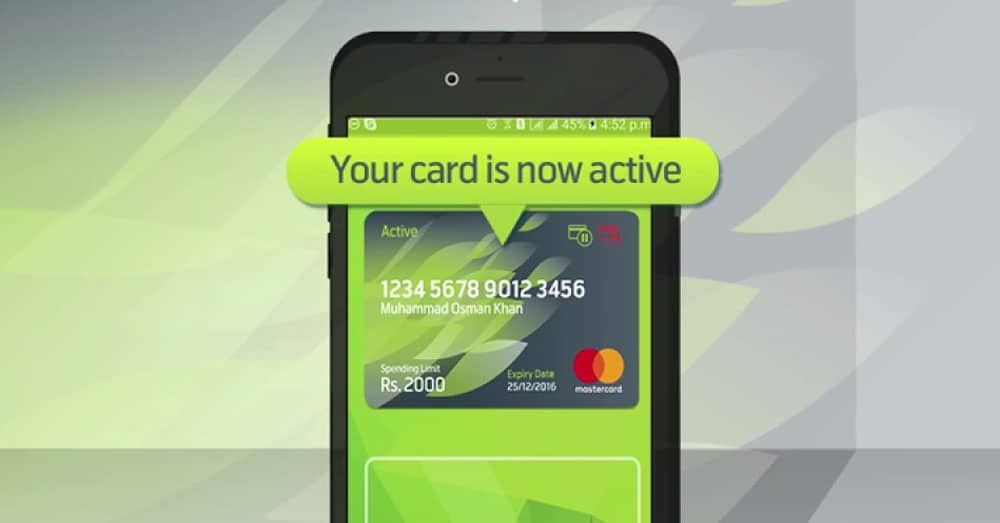 Easypaisa has discontinued its flagship Virtual Debit Card service, we have checked.

The service worked on the same principle as any debit card does. However, since those cards could be used online (for shopping etc.), consumers also used to call them as virtual credit cards as well.

You can read more about Easypaisa Virtual debit cards here.

Subul Naqvi, from Telenor Bank’s Corporate Communications division, confirmed the development and said that the bank has decided to pull back the service for now.

While she didn’t confirm the reason behind its suspension, however, she mentioned that the service will be back online soon.

She said that all Virtual debit card service users were informed about the decision.

“Easypaisa App users who had generated or were using their Virtual Debit Card were inform that the service would no longer work if they used their card online”, Subul told ProPakistani.

As to why the service was suspended, our sources confirmed that State Bank of Pakistan asked Telenor Bank to shut down the service as Microfinance banks are not allowed to offer online payments, particularly virtual debit card services.

State Bank believes that such services could be abused. One example of such abuse was that there were instances when customers reportedly bought postpaid cellular services online with the virtual cards and then deactivated (read deleted) the cards just before they were about to get billed.

Easypaisa allowed customers to create as many cards as they wanted with a limit of two active cards at any given time. This meant that customers could create card, use it and then delete it an unlimited number of times.

You can imagine how an online service that verifies the card (by charging USD 1 at the time of sign-up), and only billing the right amount after a monthly cycle could be prone to abuse, especially if a virtual credit card used for the same purpose is deleted before the billing time.

Easypaisa’s Virtual Debit Card service was popular. It came as a sigh of relief for many Pakistanis who wanted a quick and easy way to do online shopping, as well as online and offline transactions for many mainstream services (such as Careem, Uber, etc).