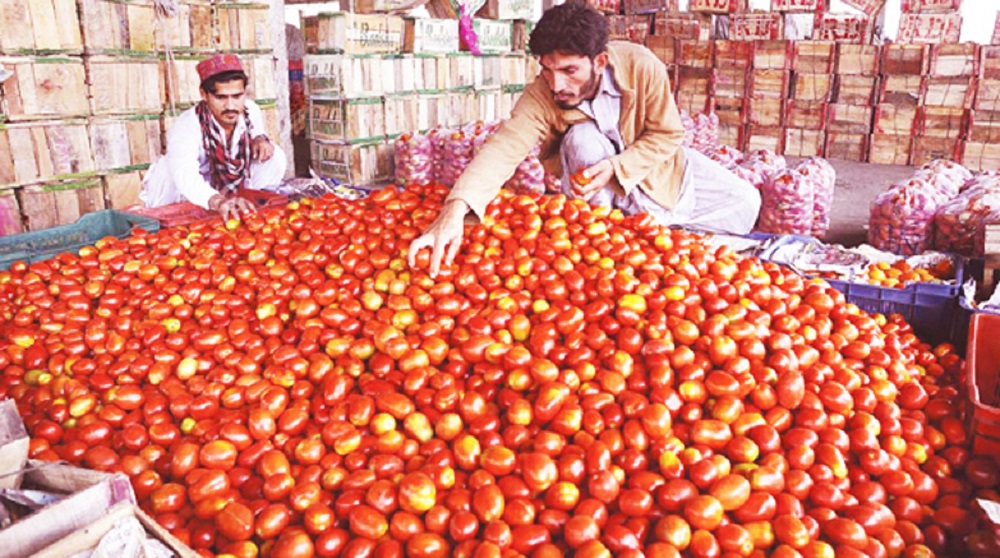 The prices of commodities have increased by up to 400% due to their unequal demand-supply over the past few months. The continuous negligence of the government towards this problem has forced the citizens to buy the vegetables on high rates.

Vegetables have seen a huge price bump during the last 2 months and have become unaffordable for many since then. Tomatoes and onions, that were being sold at Rs. 30 and Rs. 40 before, have hit Rs. 160 and Rs. 100 per kilogram respectively.

It was informed in the Sindh Assembly session that, “Monsoon rains damaged the local crop of tomatoes and onions.” The prices are expected to be decreased once the commodities will be imported from upper Sindh, said an answer submitted to the Assembly.

Mr. Asif Ahmed, the vice chairperson of Karachi division market committee, said that the condition is not expected to improve until January – when the crops will be harvested in upper Sindh and Balochistan.

“The farmers have cultivated tomatoes and onions 50% less than before due to not getting the right prices for the past three years,” said Asif Ahmed. He said that the crops were sold for Rs. 6 to Rs. 8 per kilo in the wholesale market. “This discouraged farmers over the years to grow both the commodities, resulting in a heavy shortage,” he added.

Ahmad said that the crops in lower Sindh were damaged by up to 20% because of heavy rains. “Currently, traders are being forced to import [the vegetables] which results in price hikes,” he revealed.

On Tuesday, the deputy speaker declined the request of Khurram Sher Zaman, a Pakistan Tehreek-e-Insaf MPA, who wanted to inculcate the boycott-movement on high-priced vegetables. Zaman later requested the Sindh assembly to take care of citizens’ basic consumer rights.

While addressing the issue, Mr. Nisar Khuhro, a parliamentarian and PPP representative, said,

We know that the price hike is an issue of every household and the federal government should be held responsible as they also raised the prices of fuel. The provincial departments are working to control prices across the province.