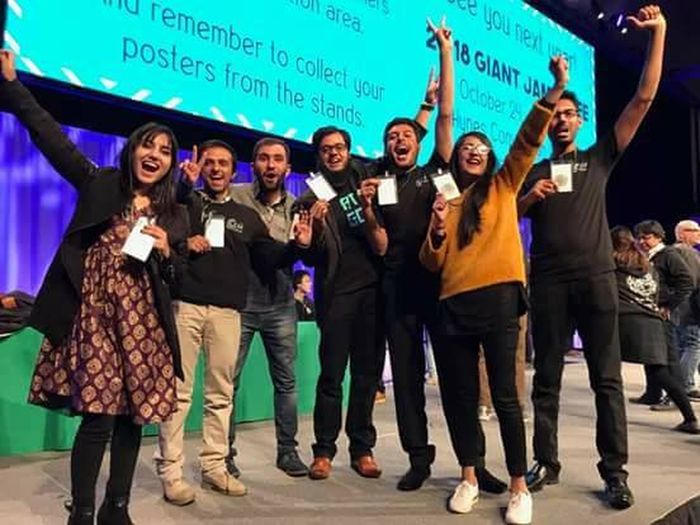 A moment of delight, pride and gratification as a Pakistani team won silver at International Genetically Engineered Machines (iGEM) competition. From trials to triumph, it was surely a journey for the team.

The project will have a direct impact on fish farmers and will also help to keep the fish with good health for consumption by human beings.

The team built different circuits and sensors that can detect contamination in water. The sensor would change its color when it dredges up polluted water issuing a warning. “Reporter Fish” also has a digital sensor that will send a text-based warning message if arsenic is detected in water. The message cam be sent to people in the fishing industry.

Apart from the silver medal, the team also gathered a nomination for Best Biosafety award. iGEM Peshawar posted on their Facebook page;

Boom! Silver it is!! ???IGEM Peshawar gets a silver medal this year in Pakistan’s second year here at the International Genetically Engineered Machine competition. The team also earned a nomination this year for the Best Biosafety Award. Lots to reflect on, lots of people to thank but for now it’s time to celebrate! #science #peshawar #pakistan.