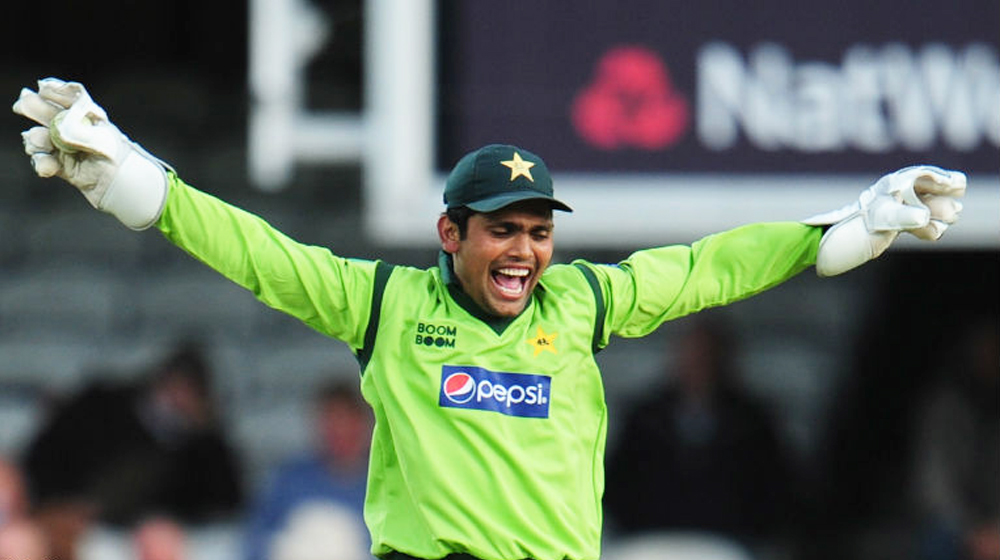 The Akmal brothers have been facing the wrath of selectors for a while. After a career filled with disappointment and dropped catches, the eldest Akmal brother — Kamran Akmal — is seeking a return to the national side.

The right-handed batsman is scoring runs on consistent basis to ensure his return. Doing so, the former Pakistani wicket-keeper has achieved a unique feat in the ongoing National T20I Cup being held in Rawalpindi.

Kamran has managed to become the first Pakistani batsman ever to score four consecutive 50s in the T20 format.

The 35-year-old, currently representing Lahore Whites, smashed three sixes and stroked four fours to score his latest half century (52 runs off 40 deliveries) in his fourth consecutive innings of the national T20 tournament.

The other three half centuries for Kamran were scored against Rawalpindi, FATA and Karachi.

It is worth mentioning that his knock against Karachi saw Kamran hit the fastest half century of National T20I Cup, achieving the 50 mark off just 20 balls.

Only the Indian captain, Virat Kholi, has achieved this feat twice in a calendar year.

The record for most consecutive half centuries —five in total — currently belongs to India’s Virender Sehwag and Zimbabwean Himilton Maskadza.

Showing consistency, Kamran has scored a lot of runs in 2017. He last featured for Pakistan during the tour to West Indies earlier this year after showing similarly good performance in the domestic circuit. Even though the PCB can’t ignore him for long, Pakistan has found other promising prospects since then and competition is high for a slot in the T20I side