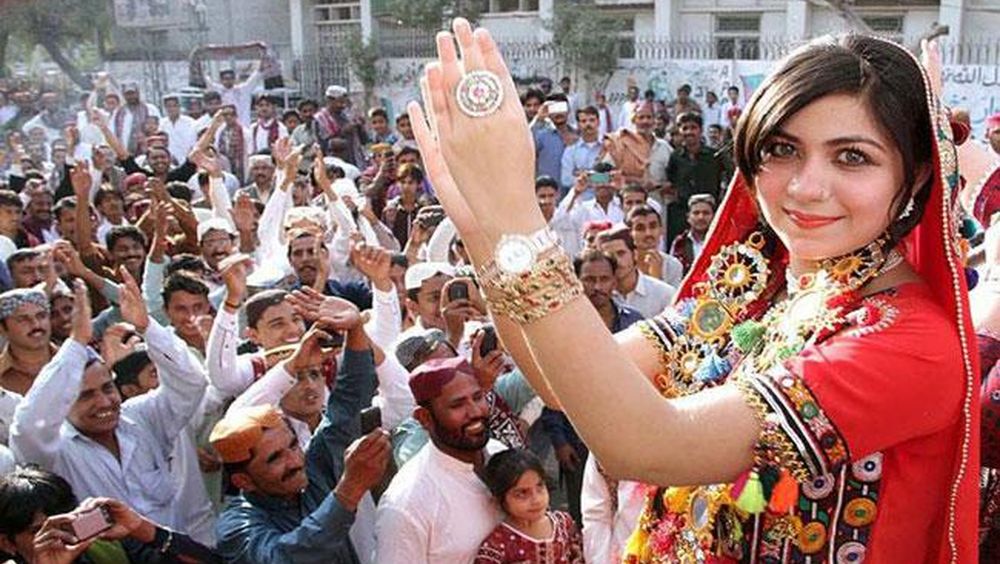 Pakistan is a country rich in traditional values. The abundance of cultural norms and diversity is what makes Pakistan special.

Also known as ‘Aekta jo ddihaarro’, the Cultural Day highlights the ever-green cultural values of the province. Let’s have a look at how Twitter reacted to the cultural-fest.

Happy #SindhCultureDay. The land of #Sindh is of intelluctuals and pure people as well as home to several ancient cultures. pic.twitter.com/3CH38YzBX8

Much-needed break after the Faizabad Dharna.

Nice to see dancing and ajrak and Sindhi topi after the horrific scene at Faizabad. Jeeay Sindh. #SindhCultureDay

Pakistan is beautiful because of the cultural diversity.

All these beautiful cultures collectively make Pakistan as beautiful as It is! ❤

The land of ancient civilizations.

#SindhCultureDay #Sindh has a 5000 year old culture which is a celebration in itself, the #Ajrak symbolising the sun , moon and stars and Sussi produced on handlooms from the time of the ancient #Moenjodaro civilisation. pic.twitter.com/GMte4lLEEv

#SindhCultureDay May this province remain to be Pakistan's bastion of multi-culturalism, pluralism and spiritual wealth.

Sindhis are known for their hospitality.

Trust me the hospitality we Sindhi provide anyone is nowhere 🍁#SindhCultureDay

Benazir Bhutto was the true Ambassador for Sindhi culture.

noticed this car celebrating #SindhCultureDay in islamabad – wish a very happy day to all the sindhis one of the loveliest people I know. pic.twitter.com/3T1u3Fm48X

Sindh definitely has a rich heritage.

Happy #SindhCultureDay to all. Sindh has always been a cultural hub of Civilisations and has rich heritage that is cherished by all.

Selfies and dance won’t do.

As colourful as it gets.

Nothing matches the Ajrak.

From commoners to National Assembly Members, everyone celebrated the day with traditional fervour.

We are the heirs of a civilization over 6000 years old, and take pride in our rich culture and our unique identity. Proud of our heritage and inspired by our history! Happy Culture Day! #SindhCultureDay #Ajrak #topi pic.twitter.com/Ld337OzDwq

This is pretty special.

When there was no difference between police officers & prisoners in karachi central jail celebrating #SindhCultureDay pic.twitter.com/7xIK8x6HL0

Sindh is the land of iconic poets and spirituality.

Sindhi culture is deeply rooted in spirit of peace and love for humanity. Great poet of Sindh Shah Latif's poetry promote the message of universal peace. I wish a very happy Sindhi culture and unity day to every peace loving human being on earth. #SindhCultureDay 😘

We hope that Sindh remains to be the hub of traditional norms and cultural heritage.