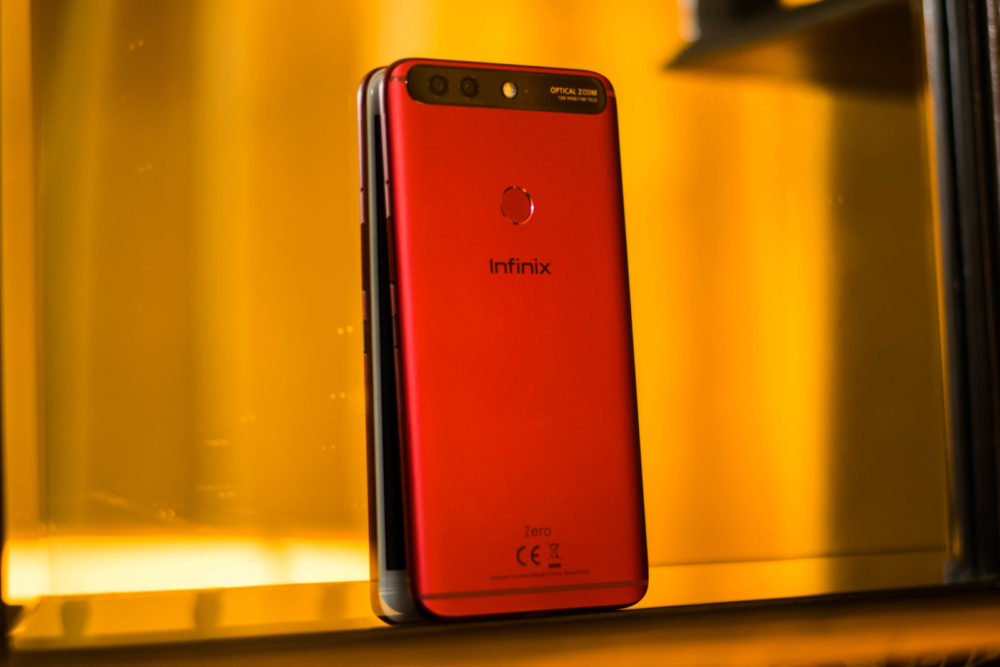 In a sea of Chinese Smartphone manufacturers offering their devices in Pakistan, Infinix is a brand that is not very popular even with years of operation in Pakistan. Infinix likes to compete with OEMs which focus on a good performance for a minimal price, focusing on the mid and low end.

Just a couple of weeks ago, the company unveiled its flagship midranger – the Zero 5 – in Dubai which takes on the best in the business. On paper, the device brings some impressive hardware and we’ll be putting it to judge whether it really is a worthy option in the crowded midrange market segment.

The Infinix Zero 5 features a very solid build and while holding the device you can barely tell whether this is a flagship device or just another mid-ranger. The metal body does have some weight to it but it also compromises on usability. It is not only because of the weight but being a phone with a non-bezelless 6-inch screen, the size is actually quite huge and makes it a bit difficult to use one-handedly.

On the back you have the dual camera setup, a dual-LED flash light, fingerprint scanner and Infinix branding. On the right you’ll find the power button, volume rocker, SIM card slots. The 3.5mm headphone jack, USB Type C charging port and the loudspeaker are located on the bottom. On the front you have your usual sensors, LED notification and flashlight, earpiece and the large 6-inch screen.

The Zero 5 features a 6-inch IPS LCD panel having a resolution of 1920×1080. The display itself is pretty good. The colors were sharp and the contrast was good.

The screen is bright and easily visible outdoors. It gets bright enough to use it under direct sunlight and low enough that you are easily able to use it in complete darkness.

Not being a bezelless display does have some advantages too. Firstly, you don’t have to use the 18:9 aspect ratio so you get the standard 16:9 aspect ratio with the Zero 5 which means you get to watch videos without having black bars on the side, which defeats the purpose of having a large screen, or without having to stretch the video. You also get larger real estate to work with over here.

Let’s get the specifications out of the way first. The Zero 5 features an octa-core Mediatek Helio P25 processor along with 6GB of RAM. Storage is also limited to 64GB which can be further expanded by upto 128GB using a microSD card.

On paper, the specifications look like the perfect recipe for a mid-ranger and it showed in real life performance. The overall performance of the Zero 5 was smooth and I didn’t notice any lag or stuttering while moving through the UI or various applications.

One place it did show some slight issues was during heavy resource intensive games such as Real Racing 3. While the loading times and everything was nominal compared to most other apps, the actual 3D performance was only above average. There wasn’t any major stuttering but there were definitely dropped frames.

With the 6GB of RAM on board, multitasking was a breeze and you could easily move between applications without having them to reload every now and then.

Let’s move on to perhaps the most impressive bit of the phone, its camera. As mentioned earlier the Zero 5 sports a dual camera setup on the back. One of them is a standard 12MP wide-angle lens while the other is a 13MP telephoto lens.

The picture quality from the wide angle lens is quite good. Pictures are bright, have the proper lighting and also have a lot of detail. The colors are natural but they aren’t over saturated.

As mentioned earlier, the Zero 5 also features a telephoto lens and it is not as gimmicky or lackluster as some of those found in the competition. The portrait mode on the Zero 5 is actually one of the best I have seen on a phone. The bokeh effect is smooth and evenly applied on the photo. It can easily differentiate between the foreground and background but sometimes struggles in really bright conditions.

With front flash and a feature rich camera app, the Infinix Zero 5 boasts a great camera setup both at the front and back and we were left impressed with how it performed.

You can check out the camera samples down below:

The Zero 5 uses a 4,350mAh battery. Combine that with the battery saving optimizations that Infinix has added to their software and you get some excellent battery life. In most cases it gave me around on average 23 hours of usage and 7 hours of screen on time. All of this was on more than 75% brightness, during benchmarks, taking photos, gaming and checking social media etc. A light user will be able to get even better battery life.

For those who never took Infinix seriously despite decent offerings at good price points, Zero 5 proves that the company wants to directly take on the industry giants. Infinix Zero 5 is a serious mid-range device that impresses you in more ways than one. It packs a decent display, an excellent camera and a long-lasting battery.

Even though the device has pretty much every aspect covered, the large size coupled with additional weight might not be to everyone’s liking. But even that is a compromise which brings a larger battery in return so eventually it’s all subjective. Overall, we expect the Infinix Zero 5 to be highly competitive in the sub Rs 35,000 price segment.