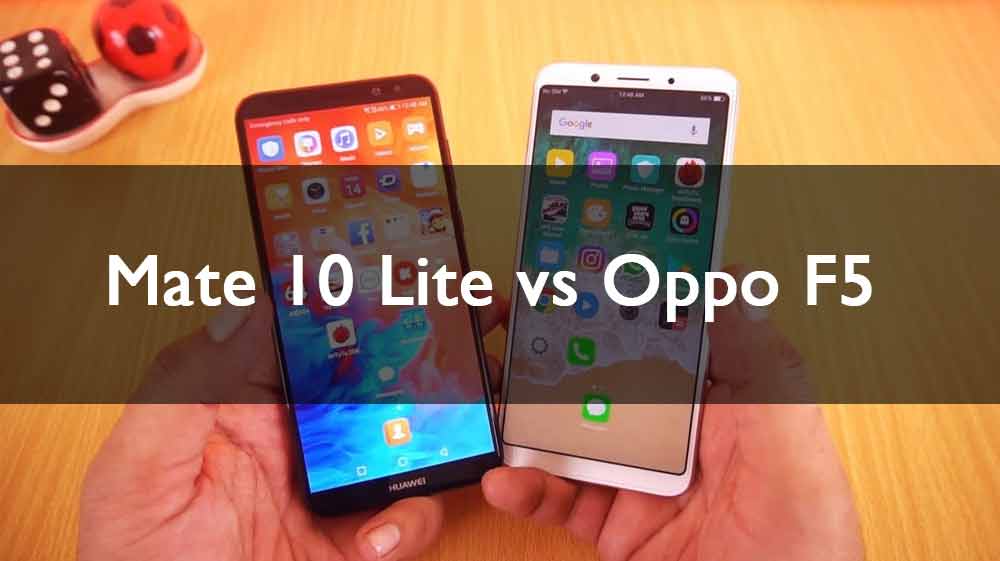 What happens when an unstoppable force collides with an immovable object?

That would be hard to think about. Let’s ask a more reasonable question, which phone is better? Huawei Mate 10 Lite or Oppo F5?

The former is a well known phone maker, selling various handsets ranging from the low end Ascend series to the top of the line Mate 10 and Mate 10 Pro. It has a dedicated fanbase in the country and is doing well as a brand.

Oppo, on the other hand, is trying to make its mark in a market saturated with the likes of Samsung and QMobile smartphones. With a very specific value proposition, Oppo’s F series of phones has seen a great deal of success in Pakistan.

Moving on to the phones themselves, both of them follow the latest trend of 18:9 aspect ratio, bezelless screens. What this means is that the screen covers most of the real estate on front of the phone with minimal top and bottom bezels.

The Mate 10 Lite is a midranger based on a similar design as its more expensive siblings.

Oppo F5, meanwhile, is an update to the popular F3 and F3 Plus phones, adding more to the winning formula.

Huawei Mate 10 Lite has dual cameras on the front and the back while the F5 rocks single cameras on both sides.

Which of these two phones will come out on top? Find out in our comparison video below: