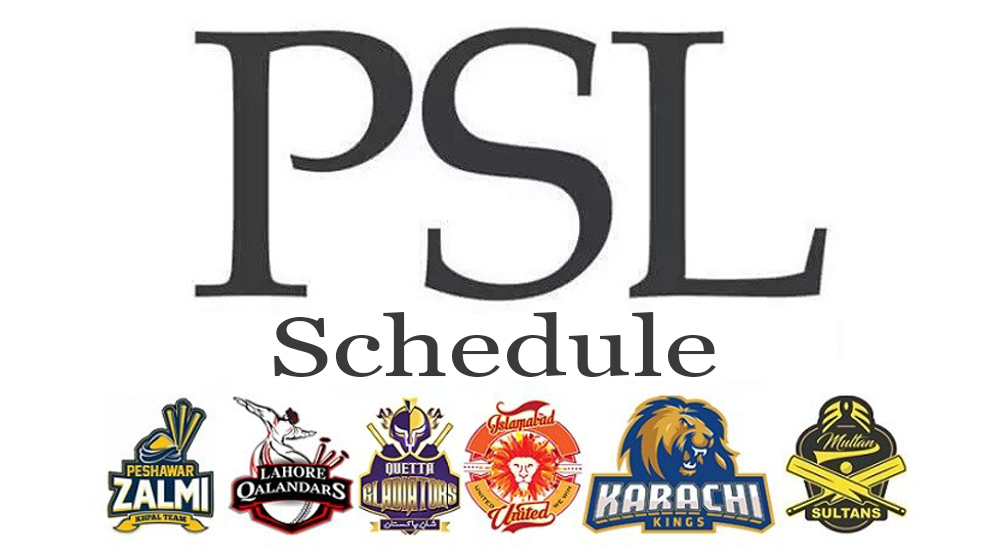 For all the cricket lovers out there, the schedule for PSL’s third edition has finally been announced on Wednesday.

The much anticipated showdown between six teams — representing Peshawar, Lahore, Karachi, Quetta, Multan and Islamabad — has been eagerly been awaited by the fans, not only in Pakistan but also across border.

The tournament commerces from 22nd February of 2018 and the opening match will be played between Peshawar Zalmi and the newcomers Multan Sultans. 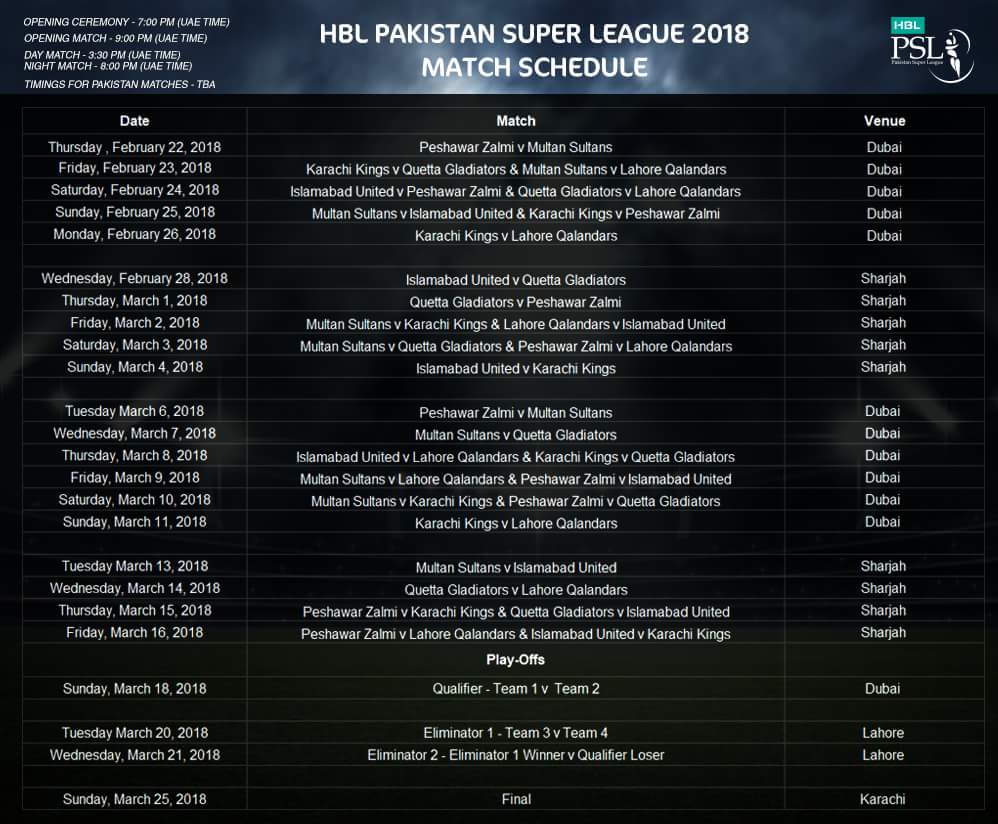 The group stage matches will be held in Dubai and Sharjah whereas Lahore will host the elimination matches.

As promised by the PCB chariman, final of the PSL will be played in Karachi.

Opening ceremony for the tournament will be held at 8:00pm (local time).

Matches which are to be held in Lahore and Karachi, their timings are yet to be announced.