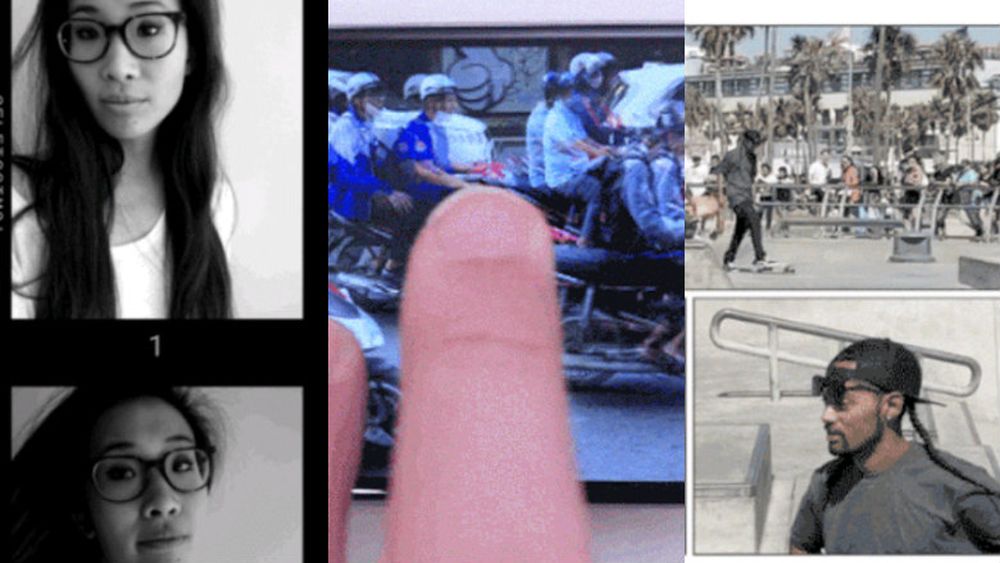 In order to explore the potential of Mobile photography, Google has started a series of experimental photography apps which the company is calling “appsperiments”.

The first installment of this series are the three really cool apps – Storyboard for Android, Scrubbies for iOS, and Selfissimo! for both Android and iOS.

Storyboard is an Android-only app which basically converts the selected video into a “comic book” by arranging several frames form the video in a comic book-layout.

The most interesting scenes from a video will automatically be laid out after applying one of the six available visual filters. The comic generated can either be saved or refreshed by sliding down to get another combination.

Google says there are approximately “1.6 trillion different possibilities” with this app.

Selfissimo!, available for both iOS and Android, automatically takes a black and white photo each time you make a new pose.

The “photoshoot” starts as soon as the screen is tapped and takes a photo automatically when you stop moving after making a pose. Talk about ease.

Finally, it combines all the photos in a gallery and you can choose which ones to keep. This one should really be fan favorite for selfie lovers.

Scrubbies is only available for iOS and is a video editing app which allows you to edit the clip smoothly and turn it into loops to put emphasis on some action, replay a moment, or show a “funny face”.

The video can be edited by doing a “scrub” motion on the screen like a DJ does. A scrub with two fingers captures the playback which can be saved, and scrubbing with one finger plays the video.