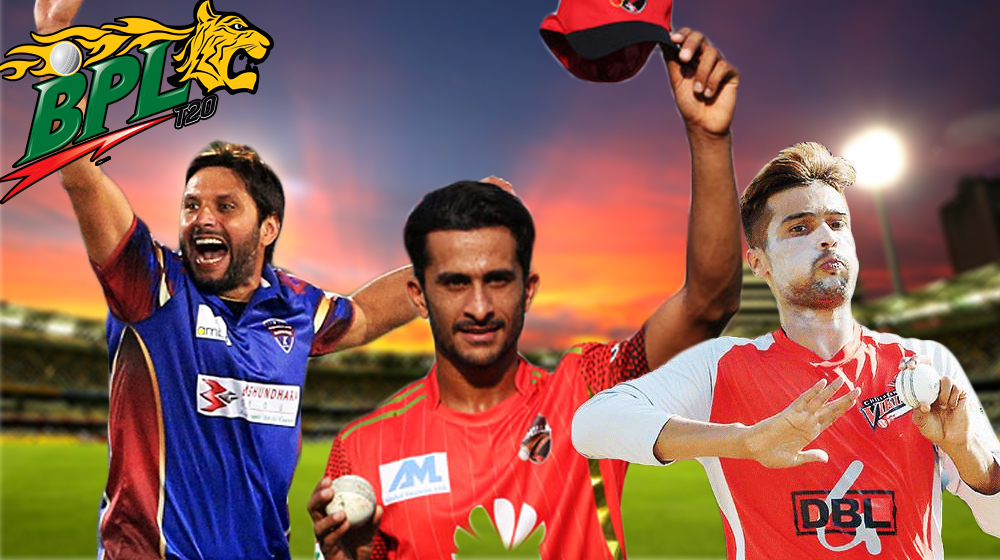 Pakistani cricketers are known for their T20 talent, and they’ve proved it time and again all over the world. Whether its the Indian Premier League (IPL 1st edition), Caribbean Premier League (CPL), Big Bash League (BBL), T20 Blast or Bangladesh Premier League, Pakistani superstars have made their mark everywhere.

Let’s have a look at some of the match-winning performances by Pakistanis in the ongoing BPL.

First, a figure of 4-12 with the ball and a blistering 37 off just 17 which also included 5 huge sixes helped Dynamite register an easy win against the Sylhet Sixers.

You cannot keep Afridi quiet when its T20 cricket and his figures of 4-26 against Rajshahi proved it again, which helped his team storm to victory.

Hasan Ali, the man in sublime bowling form took 5-20 to bundle out a star-studded Dhaka side for just 128.

The same match in which Hasan Ali took a five-for, saw the veteran Shoaib Malik cultivate a calm, composed and match-winning fifty.

Pakistani bowlers have the ability to topple batting line-ups and Junaid did the same with his 4-27 vs Rajshahi Kings.

Another veteran fast bowler, Muhammad Sami’s brilliant 4-9 ensured that his team defended the target without any hiccups.

Shoaib Malik is a crafty old bowler and his bowling performance against Khulna proves it.

Babar was brilliant with the bat but his runs could not get his team home as Rangpur chased down the target of 174.

These are some of the most prominent performances by Pakistani cricketers. If you think we missed any, let the readers know in the comments below.