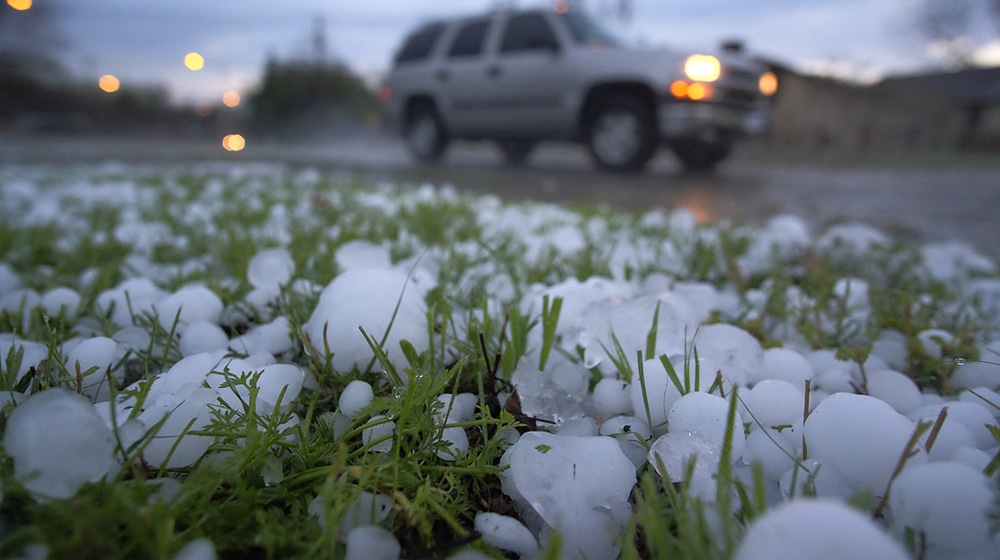 The winter has finally surprised Karachi as several areas of the most populous metropolis were hit by heavy rain and hailstorm this Monday.

The hailstorm along with the first rain of the winter initially hit Clifton, DHA, I.I Chundigar Road, Shara-e-Faisal and Malir, resulting in cooled off temperatures across the coastal hub.

The hailstorm took many people by surprise as it was unusual and unexpected, as the dark clouds gathered and resulted in thunder and rains.

Though a delightful occurrence for many, the rain also caused several areas in Karachi to lose power as many systems broke down due to the heavy downpour and winds.

Other areas, including Saddar, Kharadar, North Nazimabad, and other nearby locations also reported cats and dogs along with wet roads and puzzled, slipping motorists.

The meteorological department expects the rain to continue in Karachi. They have forecast it to last another day and that the weather will remain cloudy, with a chance of (you guessed it) rain of course. The expected temperature is between 10-14 degree Celsius for the next couple of days.

Residents of Karachi collected the hail that fell over the city early this morning in kitchen utensils pic.twitter.com/Ib6mgeTBFz

Rain Expected in Makran and Malakand

The Met office has made another forecast regarding the weather in northern areas of Makran and Malakand, Gilgit-Balitistan, and nearby hilly areas and similar, heavy ran is also expected this Monday.

The office further said that the lowest temperature in the country so far has been reported in Kalam, which is -9°C at the moment.