Indian hackers have hacked the official website of Karachi Police and posted their name and logo on the website. Pakistani authorities seem to be unaware of the issue as the website is still up and running and nothing has been done so far about it.

The hacker group calls itself “Mallu Cyber Soldiers” and claim that they are from Kerala region of India.

The website has not been recovered since the hack. However, if you check it in time, you can see that the hackers targeted the “top rated news” portion of the website and posted the link to their Facebook page.

If you hover to the top rated news section you will find the page named ‘Mallu Cyber Soldiers’.

If you open the link you can see the logo of the group with the Facebook link. Apart from that Indian national anthem is also being played in the background audio.

At the bottom “We Love India” is written, hackers say they are making their voice heard against “injustice and discrimination”. 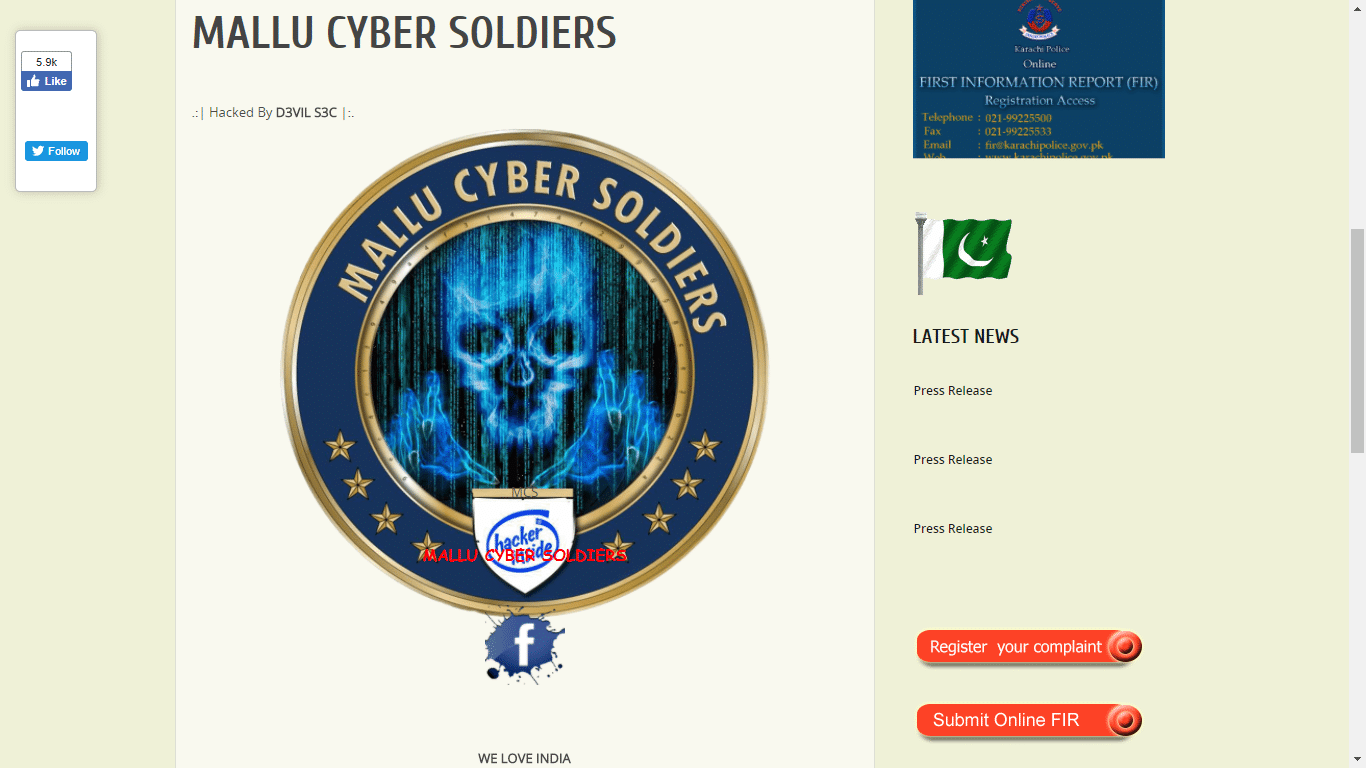 The trend of hacking other county’s various key departments is nothing new. Pakistani hackers have returned the favor to Indians on many occasions but this is becoming an endless trend now.

Last month, a hacking group from Pakistan hacked Indian Police Department’s website and left the message of “freedom for India”.

However, it remains to be seen whether the Pakistani hackers will retaliate this time or not.