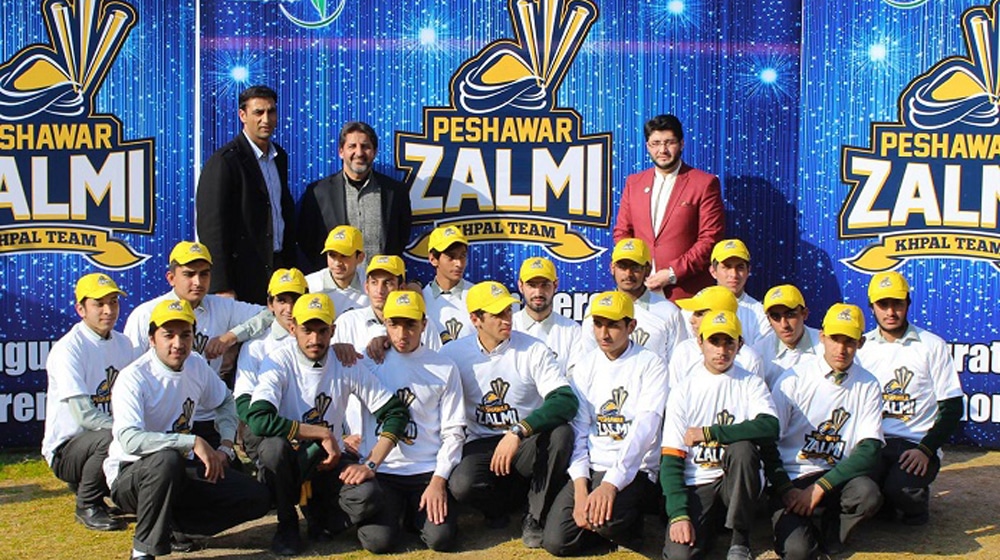 The owner of Pakistan Super League Champions Peshawar Zalmi, Javed Afridi is known for his charity and the Zalmi Foundation keeps coming up with initiatives to promote the young talent in the province.

This time around, the Zalmi Foundation has signed a Memorandum of Understanding (MoU) with Khyber Pakhtunkhwa’s Elementary & Secondary Education Department earlier today to promote sports in the province.

“This initiative will help in searching talent at grass root level,” Atif said.

The owner of Haier had earlier tweeted on 16th December about organizing Zalmi School League in KP which he dedicated to the brave martyrs of the Army Public School (APS) attack.

The league will be first of its kind in Pakistan and only the third school cricket league worldwide after South Africa and Sri Lanka.

We keep the APS kids & teachers close to our heart. Owing to this fact,we r announcing @ZSchoolLeague in the KP & with that we will cater a team from APS Peshawar in its 2nd Phase.This is going to the first ever school League in Pakistan. #BringingBackSmiles#YaadAbBhiTaazaHai pic.twitter.com/iFz5GOTLQw

The kit unveiling ceremony of the first ever school league in Pakistan took place today in Peshawar.

With an aim to improve and promote cricket at grass root level, Javed Afridi has taken the initiative to unearth the cricket talent in the province.

Javed Afridi looks forward to the first school league in the country saying, “Peshawar Zalmi Foundation will carry out this league in the province to promote cricket at grass root level”.

The tournament aims to honour the sacrifices of the young martyrs of APS in addition to improving the standard of cricket in the country starting at the basic level.

The league will be carried out in two phases: Phase 1 & Phase 2. Four regional teams, one each from Peshawar, Malakand, Bannu and Hazara will compete to grab a spot in Phase 2 of the event. Phase 1 will begin later this month with its matches to be played in Haripur, Hazara, while the final is scheduled in Peshawar where the team from APS Peshawar will also be invited.

The winning team from Phase 1 will join seven teams from seven divisions of KP, while a team from APS Peshawar will also be a part of Phase 2.