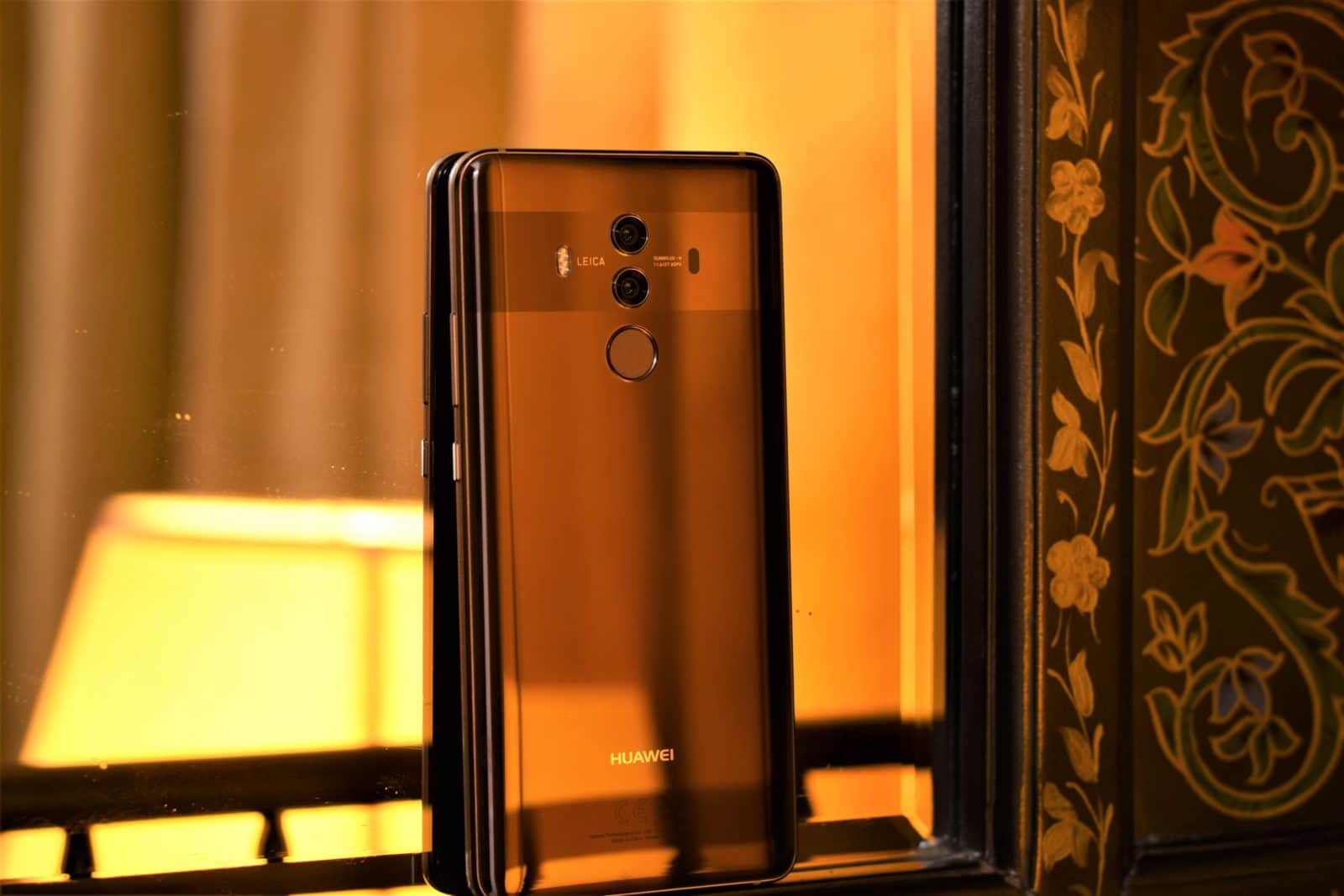 When Huawei launched in Pakistan, they were known as a brand that mostly dealt with budget Smartphones and even their flagships were not up to the standards that people expected at that time. However, times have now changed and leading the innovation front nowadays is Huawei.

A few of their flagships in the recent year or so have been nothing short of impressive but this year’s Mate 10 line up has changed the brand image forever and consumers now know that Huawei is a serious market player and should not be taken lightly.

We’ve already reviewed the Mate 10 Lite  and there was a lot to like about that phone. Today we have with us the most expensive one of the bunch, the Mate 10 Pro. For a more in-depth review and understanding of various Mate 10 Pro features, do watch the video review linked below.

Like most of the flagships in the industry, Huawei also makes use of some premium material on the Mate 10 Pro. You have curved Gorilla Glass on the front and back and where they meet the metal sides of the phones, it is seamless.

At the front you have the large 6-inch screen with the usual sensors, front facing camera and ear-piece on top of it and the Huawei logo underneath the screen. The back of the phone houses the dual Leica cameras, with a dual LED flash and the autofocusing module. The fingerprint scanner is placed in the middle with the Huawei branding on the bottom.

On the top of the phone you have your secondary microphone and IR blaster which is now rare on smartphones these days and on the bottom you’ll find the loudspeaker, primary mirophone and the USB Type C port. The left side has the dual SIM card slots and the right side has the volume rocker and power button.

Of course, with the tall screen comes the 18:9 aspect ratio which means that videos will either have black bars on the sides or you can choose to resize them which will result in the video being cut off from both the top and bottom.

This is a little downside to using bezel-less display but everything else being displayed on the display such as games is great and an enjoyable experience.

The resolution is obviously not that high especially when compared to the competition who have moved on to 2k or QHD resolutions. However, in day-to-day scenarios you will hardly notice any difference.

Due to the screen being OLED, the colors are rich without any kind of over-saturation. The blacks are pleasingly dark and the contrast is great. The brightness levels are excellent too, the screen is easily visible even in direct sunlight and for using in the dark, it gets low enough for comfortable use.

There’s a minor blue shift too but definitely not as much as on the Pixel 2 XL.

Being a flagship smartphone, performance is one of the standout features of the Mate 10 Pro. This device comes with Huawei’s own Kirin 970 AI chipset. This is also the world’s first chipset that includes a Neural Processing Unit (NPU) built into it.

Huawei claims that the AI on the Mate 10 Pro will learn the user’s habits over time and will then optimize the experience to open day-to-day apps instantly and also improve battery life.

Combine that chipset with 6 GB  RAM and there’s hardly any phone that can rival it in terms of performance.

Gaming was also a smooth affair on the Mate 10 Pro. Frame rates were high and consistent even with the most demanding titles.

As mentioned earlier the Mate 10 Pro uses dual Leica branded camera. One is a 12 MP RGB sensor with OIS whereas the other is a 20 MP monochrome sensor without OIS.

Both have f/1.6 apertures which means that low light capabilities have improved over the Mate 9 from last year.

Photos taken with the RGB sensor are excellent in picture quality and details. There’s no over-saturation going on, the colors are natural and the white balance is also accurate.

There’s lot of detail, good contrast and photos are not overly saturated.

The portrait mode on the Mate 10 Pro also uses AI to differentiate between the foreground and the background to apply the bokeh effect. In comparison with the Samsung Note 8, the Mate 10 Pro took better images in most cases.

The monochrome sensor on the back is used to capture natural black and white photos which are better in low light scenarios. Although it’s a novelty factor and the pictures taken are great, I don’t see it as a serious shooting mode .

You can take a look at the camera samples down below:

The Mate 10 Pro is a showcase of how the series has improved and evolved over they years. It is also a reminder that Huawei is a serious player that is willing to provide the bang-for-buck necessary to survive in Pakistan’s market.

The Mate 10 Pro offers the best that Huawei has to offer on a smartphone. An excellent camera, flawless performance and a great display. Some minor shortcomings include the battery and the EMUI skin that Huawei uses. However, both of these things can be improved via software updates and I do hope to see that in the future (we already got an update with security fixes and improvements to standby battery life).

In the market of Samsung’s and Apple’s, the Huawei Mate 10 Pro coming in at a price of Rs. 87,999/- is an excellent alternative and should definitely be considered.