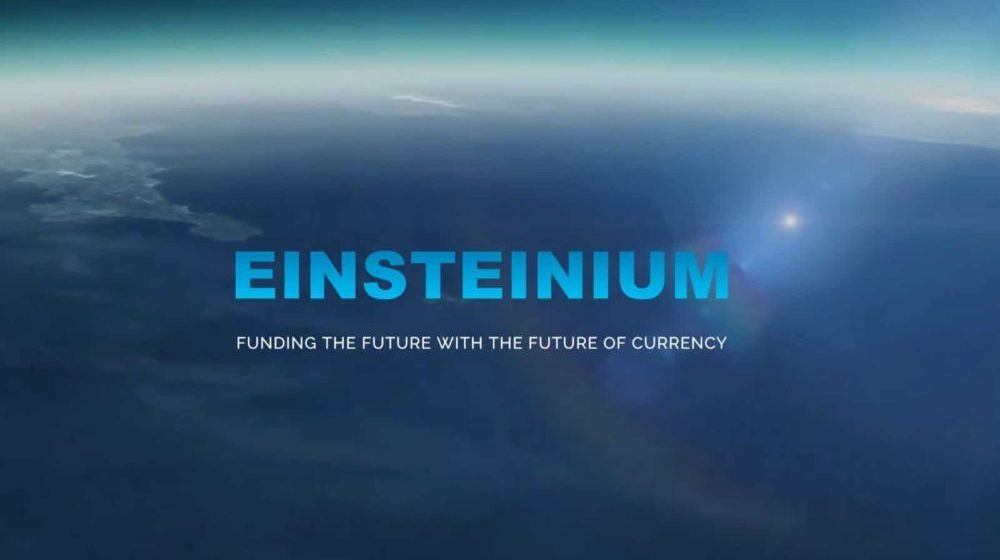 This cryptocurrency is funding scientific pursuit

Cryptocurrency investors are chiefly concerned with profits, but Einsteinium has different intentions. Originally launched in 2014, EMC2 is an aptly named Canadian crypto-coin that is used to fund scientific research.

EMC2 works in exactly the same way as all the other cryptocurrencies. It is mined using blockchain technology, which you can learn more about here. At each block mined, 2.5% of the reward is taken by Einsteinium foundation. 80% of that reward goes on to scientific research while the rest goes towards donations and marketing.

Every 36,000 blocks mined make an epoch — and the process takes up to twenty-five days. At each epoch completed, committee members vote on potential projects based on science, medicine and philanthropist pursuits. The nominated project is then funded.

This charitable crowdfunding initiative makes EMC2 unique — but is it worth the investment?

Monetarily, EMC2 appears to be a promising initiative for donations in research. It entered in 2017 at only $ 0.000875 per coin, but rose up to $1.75 after December 19th — outperforming even Bitcoin. Having had a rise of more than 201,000% in a single year, the cryptocurrency is the 50th largest in the market at present.

The reason for its drastic increase in value is EMC2’s forking policy. Einsteinium had to reduce the coin’s mining supplies from 300 million to 245 million in December. The company had to repurchase its own stock shares —  and the value increased. 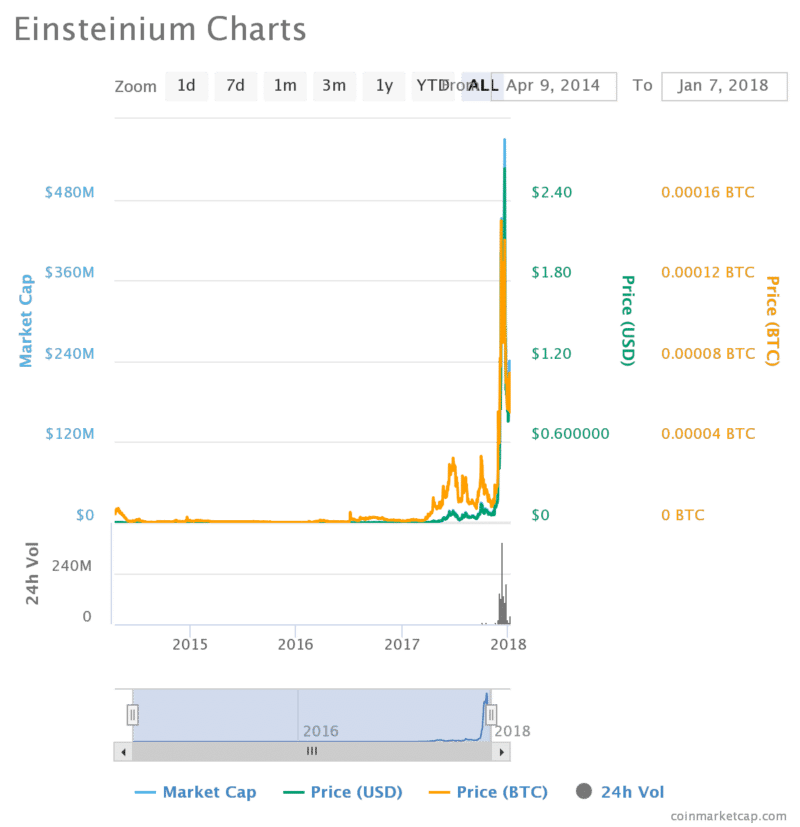 Blockchain rewards shrink over time, which suggests that EMC2 would become less profitable over time. But the company has foreseen this suggestion —  and has solved the oncoming crisis with wormhole events. These are random lottery distributions of coins (2973 coins per block) which will increase in frequency as mining rewards decrease.

And if the value for EMC2 increases further, the problem would be non-existent in the first place.

Einsteinium is working towards making EMC2 more application-specific integrated circuit chip (ASIC) resistant and more GPU friendly. This is because GPU mining is cheaper and more accessible —  and will bring in more miners.

Einsteinium has also partnered with ATW Tech, which will introduce EMC2 in its mobile donations, messaging, gaming and voice services.

16 million EMC2 has already been contributed for charitable research funding. Hopefully, this endeavour will attract more and more people in the coming months.