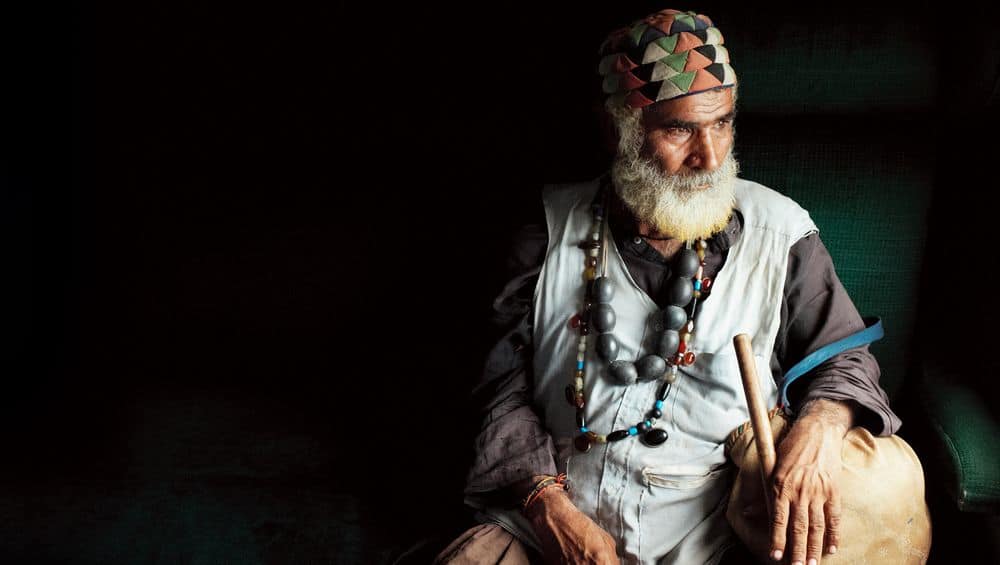 The days of spotting a hackney chariot and feeling sorry for the driver are over.

In Larkana, Sindh, there are some beggars who possess better means of transport now — even motorbikes and mini-jeeps! Remarkable as it is, these ‘millionaire beggars’ have made a killing by begging for their alms.

In Larkana, hundreds of people have established this remarkable source of income. A roughly dressed man with paid escorts will beg landowners for ‘harvest’. These men claim that they are ‘Syeds’, direct descendants of the Holy Prophet (PBUH).

These individuals usually approach rural landowners in this area of Sindh and often ‘blackmail’ them into paying their dues.

A resident of Boohar village describes the incredulous demand:

“What can we do? He calls himself a Syed so we give him [donations] in the name of the descendants of the Holy Prophet (PBUH).”

Other beggars will simply declare to be in need, and drive off with bags of rice on freshly painted tractors. Locals believe these grains are tossed into storage units and later sold at full price.

Iqbal Detho, a civil society activist, explains how this vagrancy has become an organized business. Not all beg out of poverty — most of them belong to structured gangs.

Begging and the Law

Laws appear to have no influence on the determination of this all-profit business. The Children’s Act of 1955 prohibits child vagabonds from roaming around on streets.

Under the section 7(1) of the Vagrancy Act 1958, police officials can arrest unsuspecting beggars without warrant.

These people are unafraid. One of them even held an interview with a local news source.

A millionaire beggar, Hasan Manghanhar says hes confident in his profession. He declares he received the business as inheritance. The young man used to work in the city for daily wages of up to fifteen hundred rupees, but begging is much more profitable. Hasan’s extended family have become millionaires out of it, and he doesn’t want them to stop.

Once you start, it’s very difficult to give up.