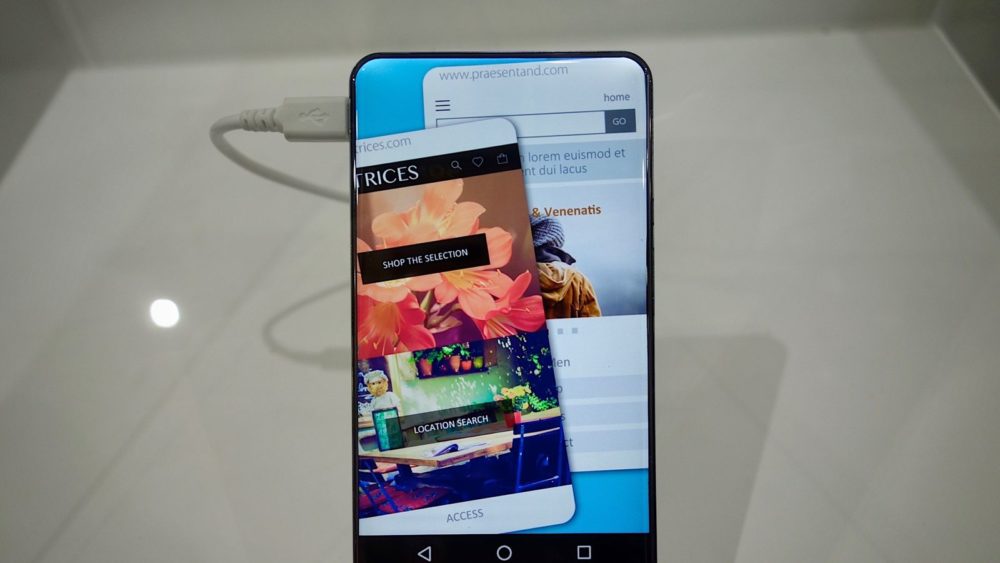 If realized, we could see 100% screen-to-body ratio on smartphones.

With the race to reveal the first phone with an in-screen fingerprint scanner won by Vivo, the race to have even more clutter-free designs might be warming up, as evident by a new patent from Samsung.

The Korean conglomerate has patented a new design which places the rest of the components you see around the display inside. First noted by Lets Go Digital, the included sensors include front camera, the ear piece, and the ambient and proximity sensors.

The design, if implemented, could make devices with a 100-percent screen-to-body ratio a possibility.

The sensors are slotted within their own dedicated holes in the design, and it remains to be seen how the display will encircle them. At the bottom, we also see a dedicated position for a fingerprint scanner, which doesn’t appear to be embedded within the display itself. The display is apparently an OLED panel, likely flexible, transparent and with a high refresh rate.

The earpiece was first positioned inside the display by Xiaomi’s bezel-less Mi Mix smartphone, though, it didn’t blow away any reviewers (most of them didn’t like it). It was subsequently removed in the Mi Mix 2, though future developments may make it permanent.

This may allow truly bezel-less display smartphones in the future, which may take away the need of a notch in iPhone X’s fashion. However, whether these visible holes are a more elegant solution compared to the solitary notch at the top remains to be seen.

Being only a patent at this stage, it can’t be said whether the concept will see the light of the day, however, some version of it might be needed to reach the goal of a truly bezel-free smartphone.