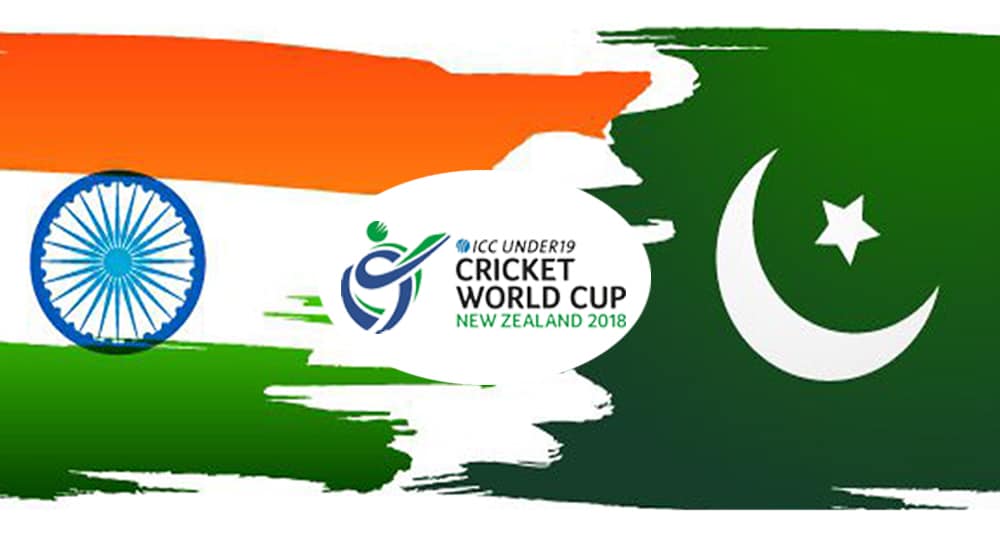 The biggest game of the biggest cricket tournament for junior cricketers is finally here and it promises to be a cracker of a match; Pakistan versus India, in a World Cup semi-final.

Whether its hockey or cricket, senior team, junior, disabled or blind sports, you simply cannot calm your nerves when the neighbors play each other.

The stage is set for a spicy contest between two of the best sides in the history of the tournament, with India winning three titles and Pakistan bringing the honours home twice.

Even the thought of an Indo-Pak encounter gives you goose-bumps, doesn’t it? Well, we’re going to witness yet another thrilling battle on the field within a year and at one of the biggest stages in world cricket.

Let’s focus on the game, and see how the teams stack up for the all-important semi-final, the venue for the game and everything else you need to know before the start of the match.

The winner of the match will meet Australia – the three-time champions – in the final on Saturday at Bay Oval, Mount Maunganui, where Pakistan senior team reclaimed their number 1 T20 ranking on Sunday.

Venue: Hagley Oval, Christchurch, will be hosting the crucial match between two in-form sides. Pakistan’s quarter-final against South Africa was also at the same ground which bodes well for the Green Shirts.

Where to Watch: For live viewing, you can tune into Ten Sports. The match will also be televised on PTV Sports.

With both teams well-settled, having known their best combination in their campaigns, the captains will most likely stick to the same XI which they fielded in the respective quarter-finals.

Both the teams have brilliant bowling units and it would not be easy for either team to score freely.

India’s unbeaten run in the tournament makes them the favourite to qualify for the final, however, they will be facing the challenge of scoring runs against a compact bowling unit led by Shaheen Shah Afridi who has already taken a 6-for in the tournament.

When it comes to such big matches, the previous form doesn’t really matter. It’s all about nerves and holding yourself together on the big day, and everyone would love Pakistan to overcome the arch-rivals to make their way into the big final.