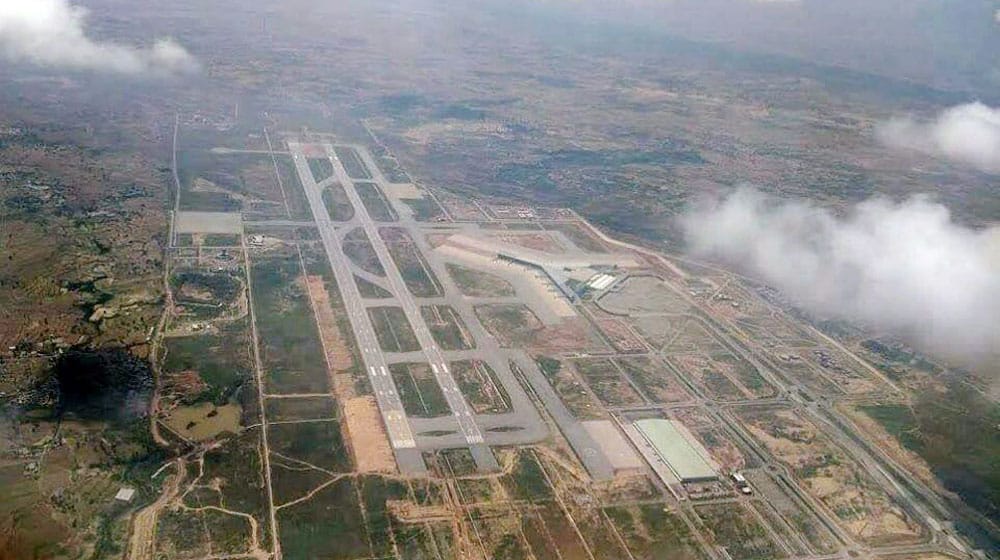 If this official NOTAM is to be believed, New Islamabad Airport is finally going to be operational on April 16th, 2018.

According to a NOTAM issued by CAA, New Islamabad Airport (OPIS) is established and will be operational from April 16th, 2018. 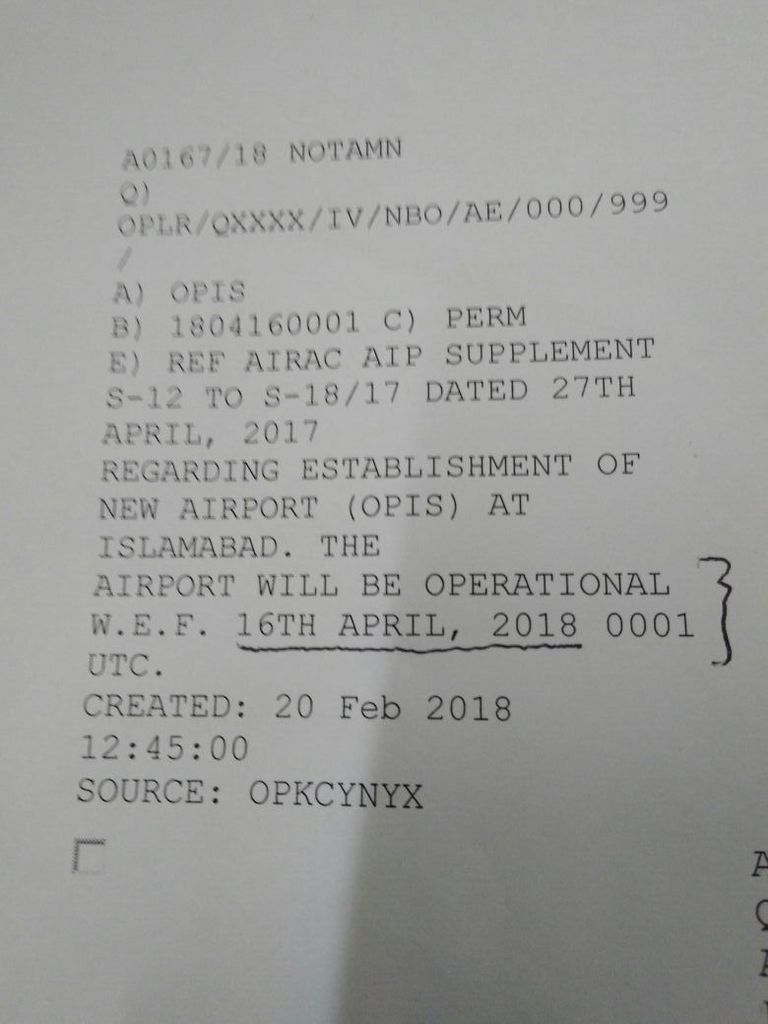 For those who don’t know, NOTAM short for “Notice to Airmen” and is an official broadcast sent to all pilots across the world, airports, regulatory authorities and the airline companies.

This NOTAM was possibly issued on the back of a high-level meeting chaired by Prime Minister Shahid Khaqan Abbasi.

According to a press release issued by the PM Office’s media wing, the progress on the completion and operationalization of the airport was also discussed in detail.

PM Abbasi was briefed about progress on the New Islamabad Airport by the Aviation Secretary. He was informed that all work on airport facilities and infrastructure had been completed. Work on the integration process is still underway though.

As per NHA Chairman Jawad Anwaar, work on the Airport Metro Bus Project will be completed by May 15, 2018. He also stated that various other landmark road projects will be ready for ground-breaking in the next few weeks.

The NHA chairman further added that 28 major connectivity projects have been completed since 2013. The projects span over a road infrastructure network of 2,520 km. These projects were completed for Rs 235.69 billion.

The prime minister appreciated NHA and its team over their progress and directed that ongoing projects must be completed at the earliest.