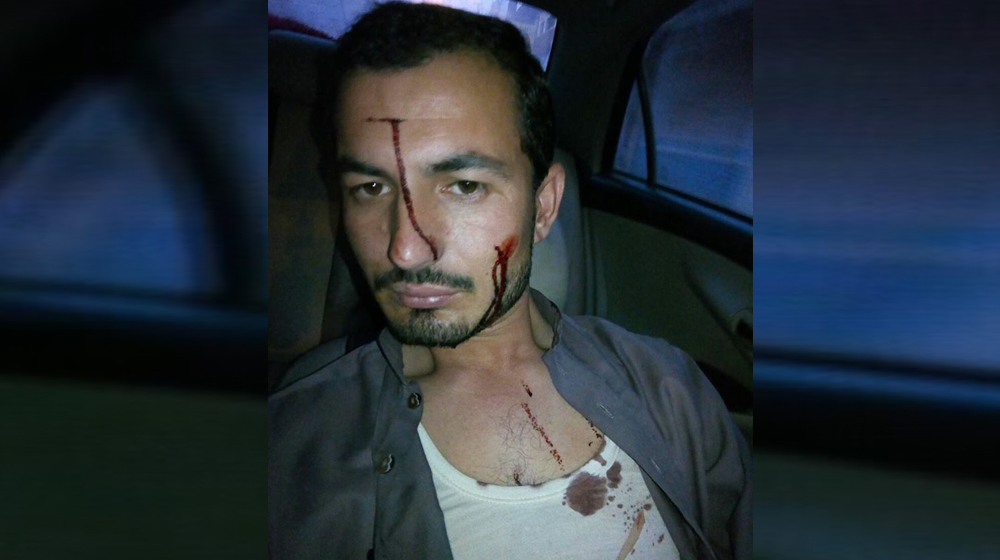 This has not been an easy week for Careem and its captains. Last week, a Careem captain — Junaid Mustafa — was killed in Islamabad.

Junaid, a 23-year-old male, picked his ‘passengers’ and was subsequently kidnapped. Reports say that the robbers tried to steal the Careem Captain’s vehicle but Junaid resisted their attempt, making it impossible for them to get away. Due to this, they first stabbed Junaid and then shot him before fleeing. Tragically, Junaid succumbed to his injuries.

Yesterday, reports emerged that yet another Careem captain had been assaulted and injured at night.

Rizwan Niazi, reports reveal, was the target of yet another robbery attempt involving a Careem Captain. He was attacked by two men on a motorbike, who left him injured with a sharp object. After injuring him, they sped away with Rs. 18,000 in cash that Rizwan had with him at the time.

The Captain was badly bruised and can be seen registering an FIR at a police station as well.

He spoke to a local media channel, recounting his ordeal in detail.

On Sunday night, Rizwan, who is originally from Mianwali, turned off his Careem app, as he headed home. According to him, he was passing by Rawalpindi’s Saddar Metro Station when he was stopped by two people on a motorbike.

Thinking that the two people on the bike were only asking for directions, Rizwan stopped his car. The robbers took advantage of the situation and held him at gunpoint, ordering him to empty his pockets.

During this time, Rizwan heard a car coming near their location. He thought that the arrival of the car might spook the assailants, and even shoot him in the confusion, he decided to confront one of them.

He reached for the assailant holding a gun, but was instead hit with a sharp object on his face. This explains the bleeding that Rizwan suffered during the incident.

Rizwan had no option but to let the go of the gun, as the robbers sped away with his cash. He tried to look for the bike’s number plate but apparently there was none.

Police say that they have taken notice of this incident and directed personnel to arrest the culprit within 48 hours.

Careem took notice of the mugging incident involving their captain as well. The company says that it provided all necessary support to Rizwan’s family and authorities regarding this matter.

In a statement released on social media, Careem told that they have held a meeting with Deputy Commissioner Captain Mushtaq and SSP Operations Najeeb ur Rehman  Bugwi and informed them about these incidents involving Careem and its captains.

Furthermore, Careem told that its Safety and Security Committee has held its first meeting to discuss ideas that will help prevent such incidents.

Here is the complete statement released by Careem:

In another unfortunate mugging incident in Islamabad, at around 0300 hours on 25th February, Careem Captain Rizwan Niazi suffered several injuries

We are in touch with Captain Rizwan Niazi and providing all necessary support to him and his family.

Safety and Security Committee have been formed in all offices and held the first meeting today with Captains, Customers, and LEAs to brainstorm new ideas and strategies for countering any such incident in the future.

Recommendations from the Safety Committee will be shared with police authorities for implementation.

Careem already has safety features such as background check of captains, call masking, ride-share tracking and working on others to mitigate such incidents.

There is no doubt that Careem has established itself as a firm competitor against other ride-hailing services as well local transporters in Pakistan.

There had been several protests against Careem in the past and some people are arguing that perhaps Careem is being targeted.

The alleged conspiracy aside, innocent lives are being put under danger and Careem along with the law enforcement agencies need to take strict notice of the situation and provide better care for citizens here.