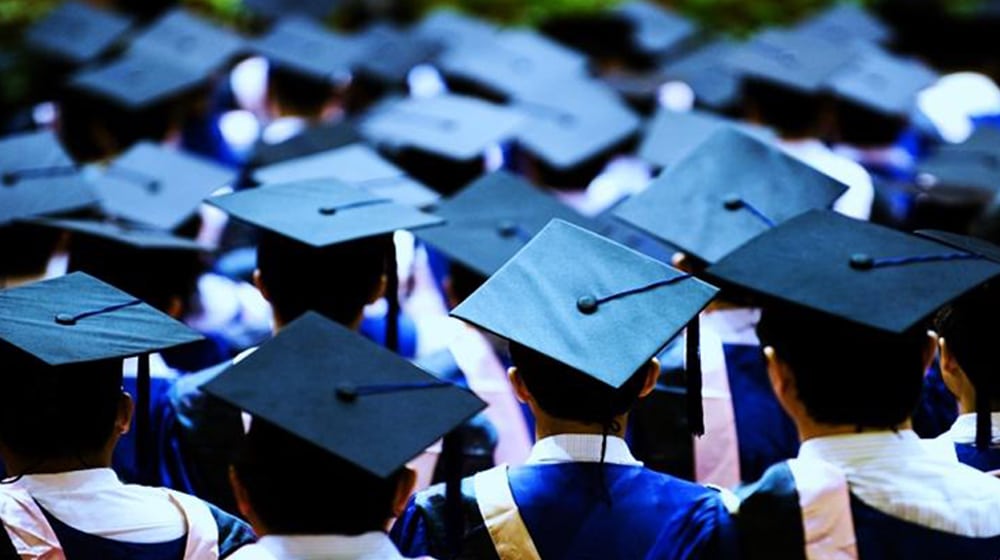 A report by WEF has revealed that country-wise distribution of most number of PhD graduates every year.

Health and education are the two most important things for any nation to uplift itself. That’s why, instead of gouging parents and students, countries like Germany and others offer free education up to the PhD level to everyone including international students.

Sadly, Pakistan does not feature in the list of countries who produce the highest number of PhD’s in the world but let’s take a look at which countries have their priorities in the right place.

What country produces the highest number of PhD’s in the world?

According to a report released by World Economic Forum, United States of America produces the highest number of PhD doctors in the world.

The report listed the top nations that produce most PhD graduates annually. It is based on the number of graduates who completed their PhD in 2014. 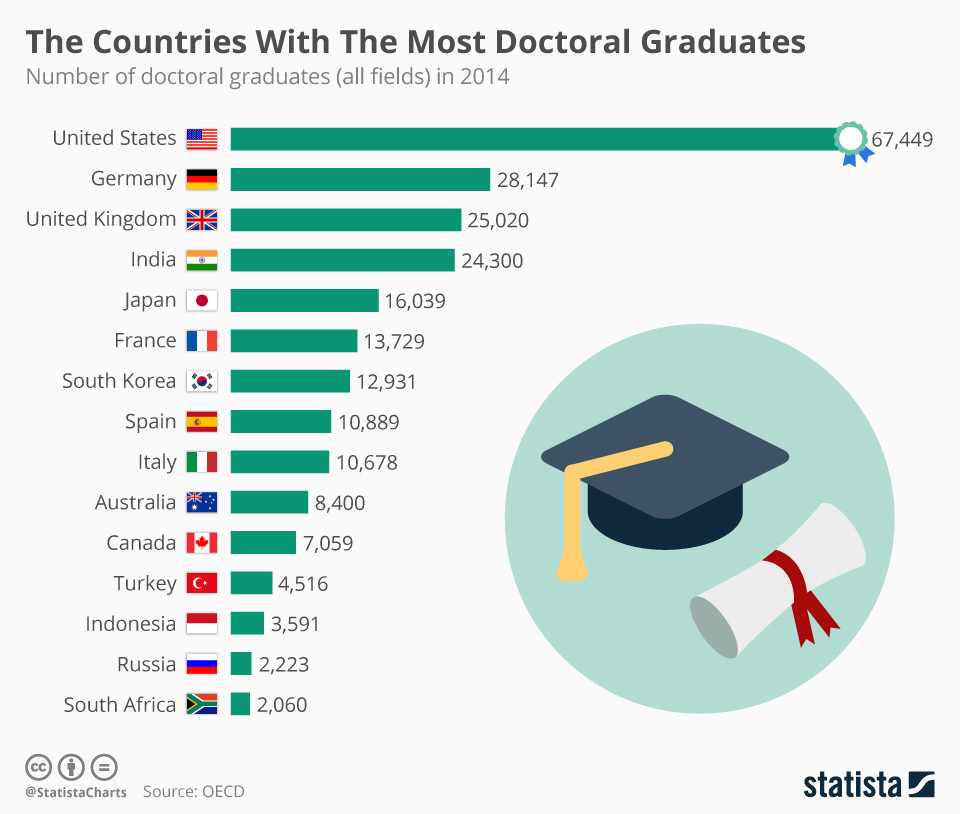 Most of these countries are from Organization for Economic Co-operation and Development (OECD) nations. OECD is an intergovernmental organization with 35 member countries.

The report also showed how the number of PhD scholars has increased over the past two decades. 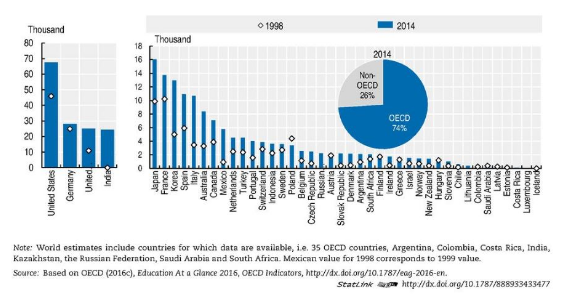 Most of the PhD students graduated with research in science, technology, engineering and mathematics (STEM) fields. The number of graduates in these fields of study stood at 40% of the total. France produces most graduates in natural sciences and engineering studies.

Pakistan didn’t make it to the list of most PhD graduates in a year. The reason behind this might be that most of the Pakistanis choose foreign countries like Germany and France to pursue their PhDs.