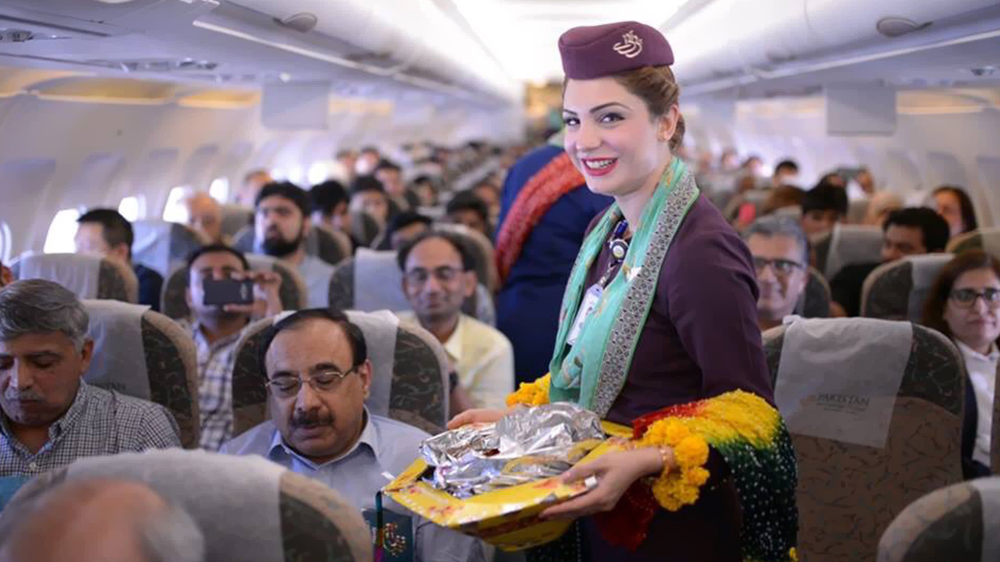 Spring is nature’s way of saying ‘Lets Enjoy!’ and it seems someone at PIA thought it meant ‘Lets Party!’

Over at Flight PK-204, the PIA crew went all out with their celebrations, surprising the passengers with a display of spring festivities. The event took place in an A320 aircraft which took off from Lahore airport.

You can’t say spring without there being any flowers onboard. Guess the PIA crew thought the same: 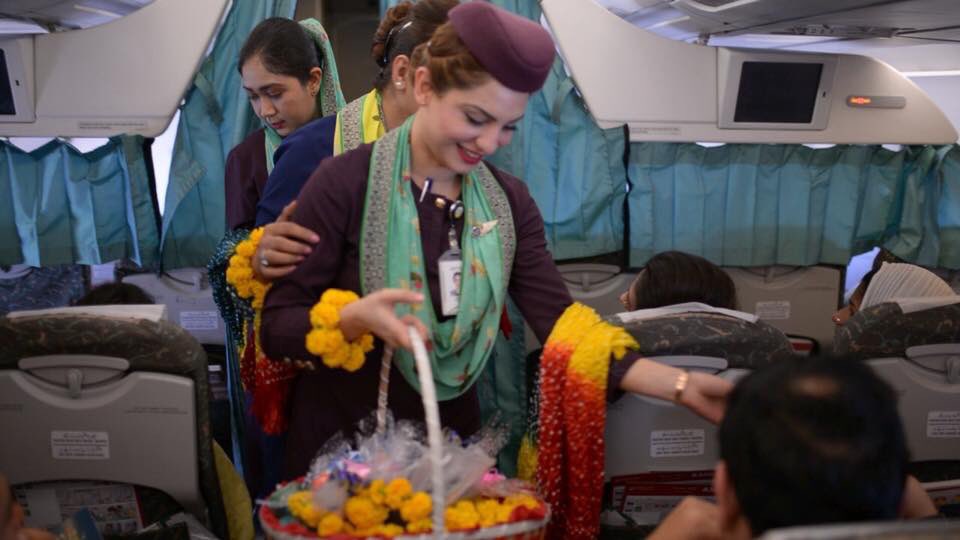 It’s a given that an airline is known for the quality (and the optics) on display by its crew. This picture captures the best of PIA: 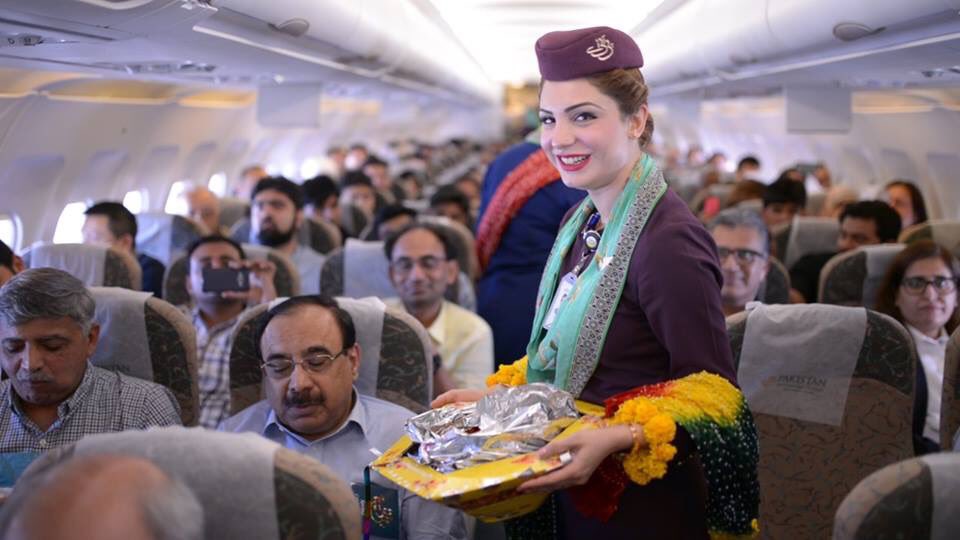 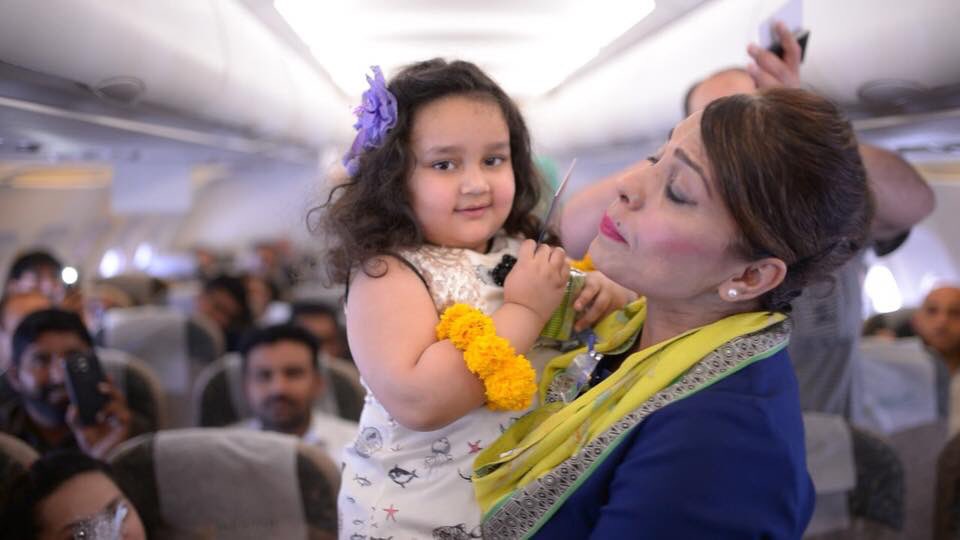 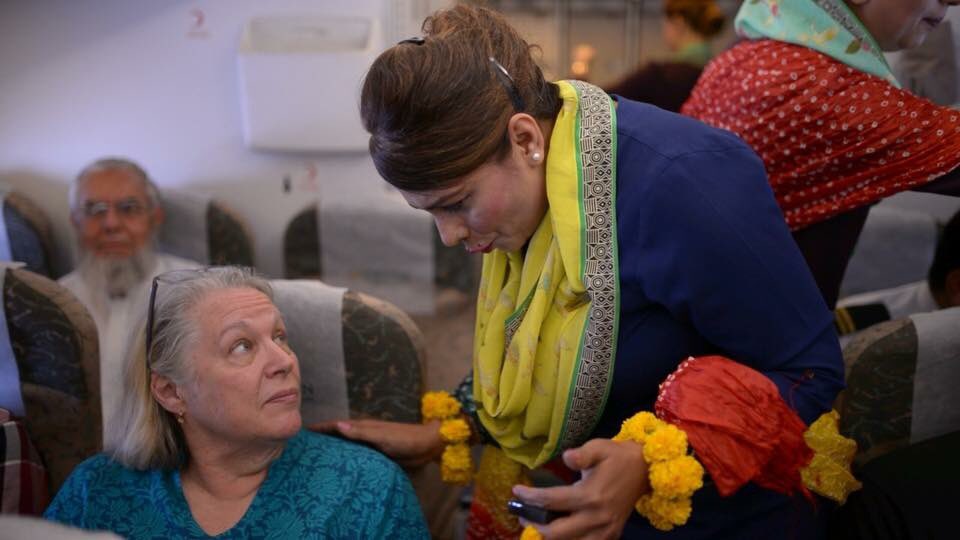 A PIA spokesperson told ProPakistani that celebration of spring is part of the airline’s new marketing strategy. The celebration’s purpose is to make the passengers’ flying experience pleasant and eventful. To this end, PIA chose to play some special and upbeat Pakistani songs to celebrate the arrival of the new season.

With that standard PR-speak out of the way, we’ll let these pictures talk for themselves: 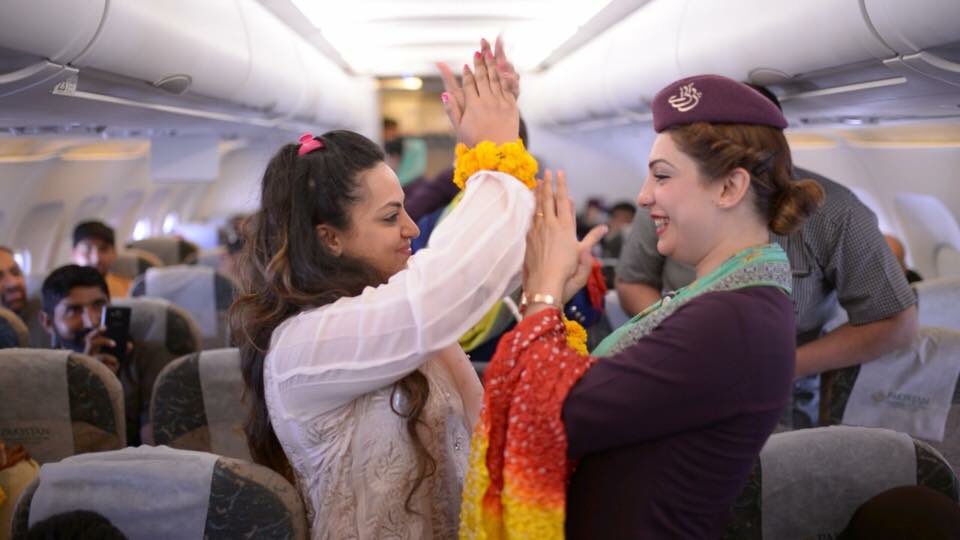 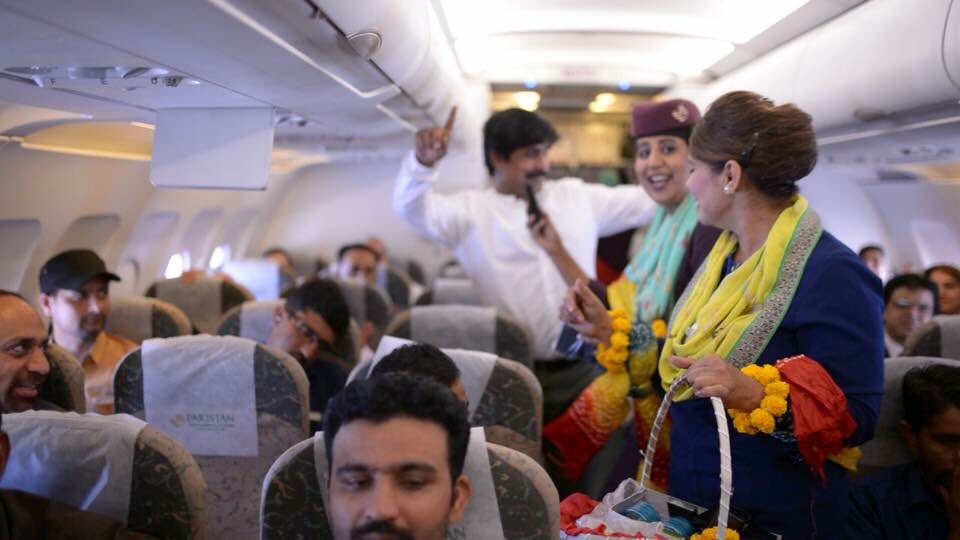 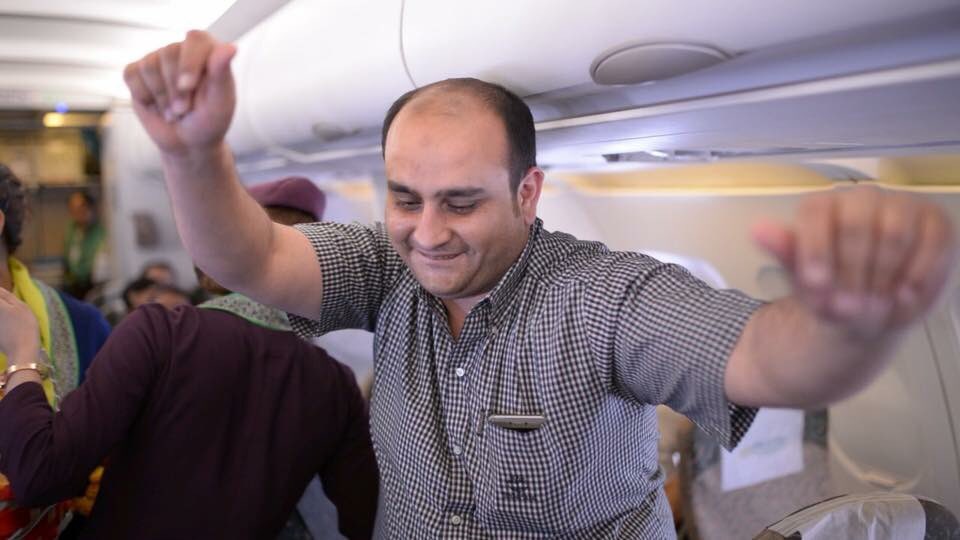 Seems like the spring initiative was a big hit with some of the passengers, as some videos that went viral over social media aptly demonstrate:

Pakistan is versatile with a rich culture & vibrant, lively & fun ppl. Yesterday, we welcomed Spring on PK 304, sharing gifts & our passengers participated to the fullest. This launched the Spring special offers and seasonal discounts from PIA #PIA #SpringFestival #SpreadingJoy pic.twitter.com/JwGBxKGOSC 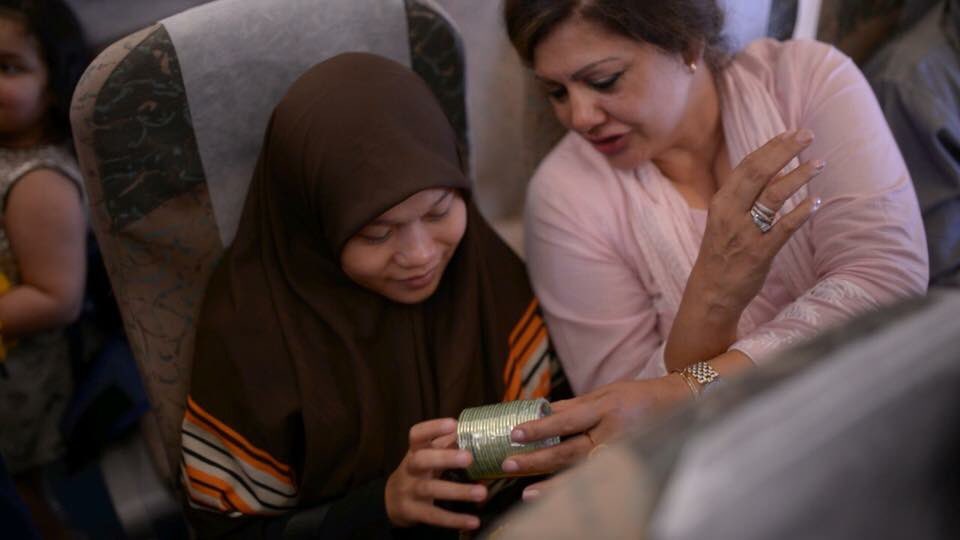 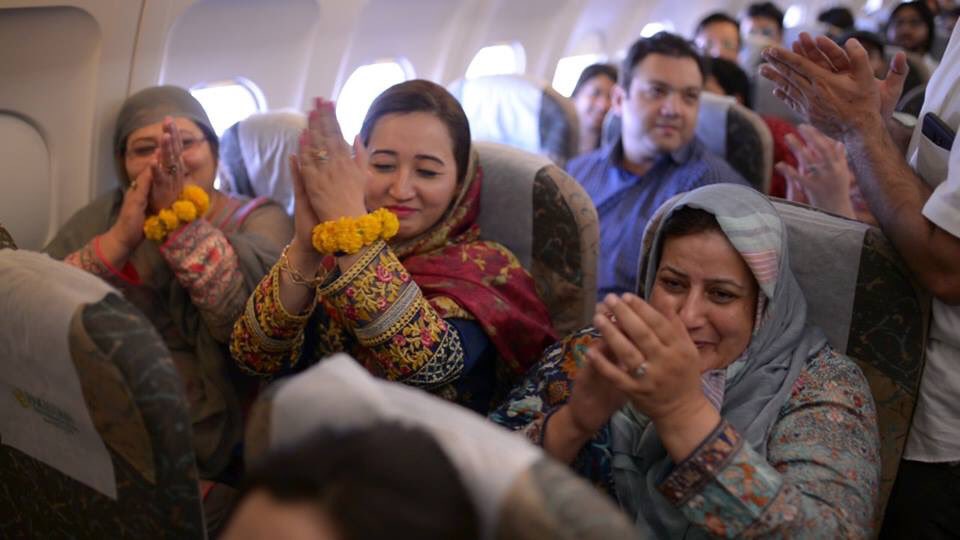 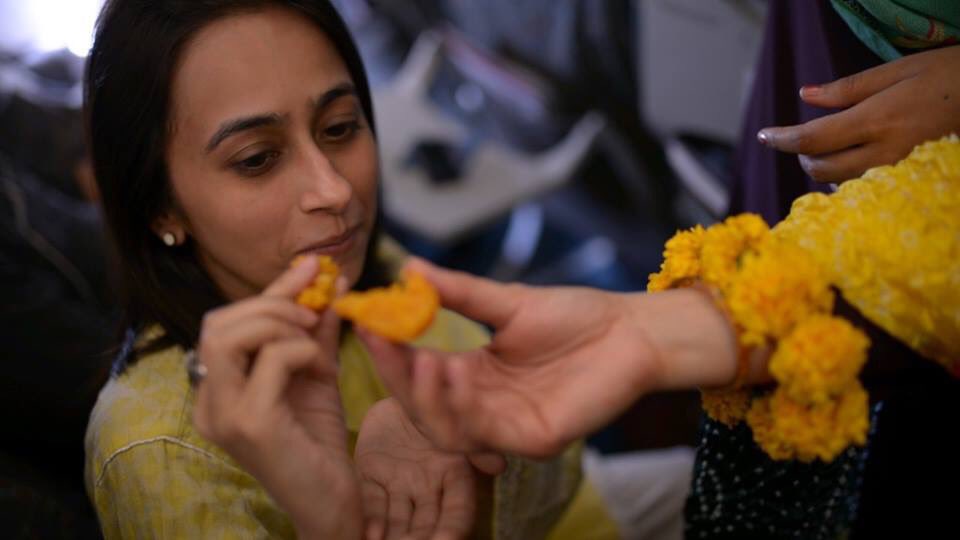 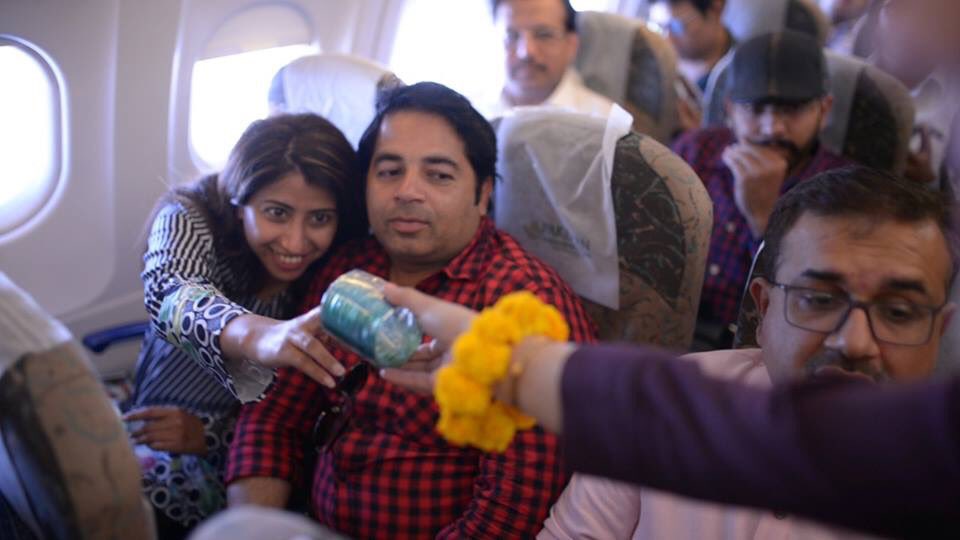 Unsurprisingly, some people were not too thrilled with the whole thing pointing towards PIA’s lost priorities. Most of the commenters on social media wanted PIA to focus on its service quality rather than asking air hostesses to dance during the flights and wasting taxpayers’ money on events which should only be side projects once the airline has improved customer services.

Here are some of the prominent ones:

Gifts dena achi baat hai lekin naach gana? wo bhi jahaz par. Astaghfirullah..
When we are on the plane we pray from start to the end that we may land safely.#PIA ko aur barbaad na karen.

Such a shame for us that our sisters and daughters are dancing in front of people whom they don't know. Allah

Shameful act by PIA it is the way through which they want to get their lost position ??
Nachaa kr ??#IslamEmpowersWomen

There’s these kind of reactions. And then there’s one that happens to raise some legitimate questions regarding PIA’s newest PR move:

Bhai @Official_PIA if you wanted to celebrate #InternationalWomensDay you could have started with better pay and benefits for female crew members. Stewardesses ko nachwaanay se kia saabit hoga? https://t.co/d7FOsFHHPn

Lately PIA has been on a charm offensive, hoping to reclaim its status as ‘Good People to Fly With’. Its social media account is doing stellar work, highlighting the various reasons why it deserves to be called Pakistan’s national carrier. Their new CEO Mr. Rasool is also leading by example, by ensuring that VIP perks aren’t abused.

No to VIP Culture: PIA CEO Pays for Excess Luggage on a Flight

Call it a stroke of good PR, or just deft reputation handling by the struggling airline, but it seems that people just can’t talk about things that PIA is doing day in and day out.

It’s true that the national carrier is still battling countless corruption allegations, complaints of poor service, and incidents that capture the public imagination for all the negative reasons. But sometimes, PIA just happens to get it just right. One hopes that initiatives to make the airline more people-friendly and profitable becomes the norm one day, rather than the exception.

Things may not change overnight, but at the very least, a continued focus on improving services can get PIA there eventually. Here’s to hoping that our optimism in this regard is not too misplaced and the management spends our money on services that actually matter.