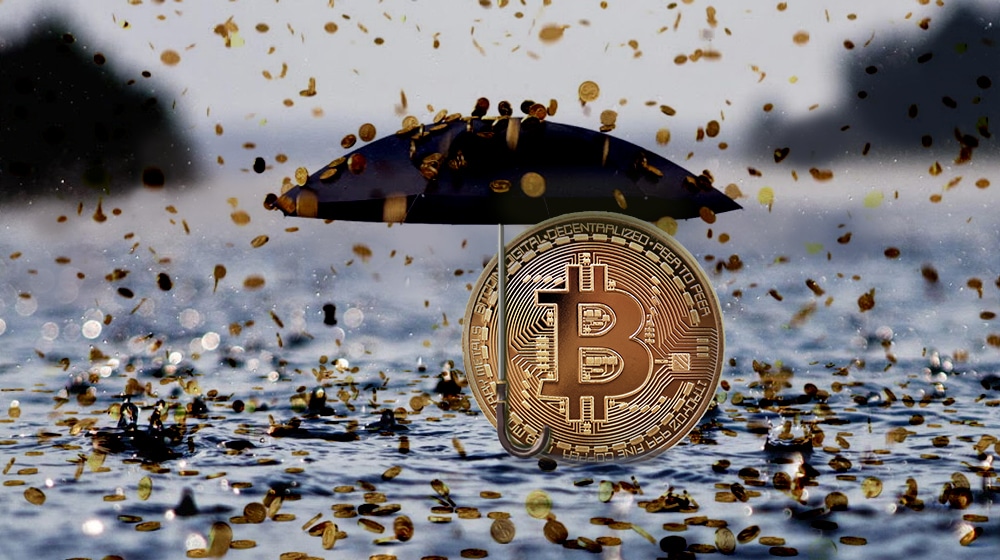 Bitcoin has fallen below $8,000 mark and is fluctuating in value. The popular cryptocurrency might recover in the next few days, though nothing can be said with surity.

The most popular cryptocurrency, Bitcoin, has fallen below $8,000 across most crypto exchanges and has just returned to over $8000 at the time of writing.

On Thursday, its price fell as low as $7,811.22, which is the lowest recorded value since February 11 – when the price stood at $7,845.13. Bitcoin’s value seems to be at a steady decline and is expected to fall even further.

Yesterday (Wednesday), the price was close to $9,000, which was already down from its previous valuation of near $9,500.

Bitcoin has been fluctuating in both directions, it climbed above $10,000 around a week ago and then decreased significantly to eventually touch the $9,000 mark.

Other popular cryptocurrencies are showing declining values as well – Ethereum slid below $600 and is currently trading at $614.36. Ripple has fallen around 16.34 percent and stands at $0.66.

According to a noted publisher’s calculation, the market cap of each cryptocurrency, making up the top-20, has fallen as much as 10 percent. VeChain, IOTA, Cardano, NEO, and TRON have all declined by 20 percent on average. Cryptocurrencies have

The market capitalization of every cryptocurrency is at it’s lowest since February 6th, according to CoinMarketCap.

More Than 50,000 Sites Are Affected by Cryptojacking

The fall is being attributed to coin sell-offs. A recent US congressional hearing on March 14th may have also caused the decline. Several government officials and representatives are moving for regulatory measures to be introduced on cryptocurrency, in order to protect the investors.

The price has been fluctuating due to some positive developments as well. Popular crypto exchange Binance has announced that it’s planning to start its own blockchain network called Binance Chain. Reuters, meanwhile, is launching a Bitcoin Sentiment Data Feed, to help the investors track the crypto market’s situation.