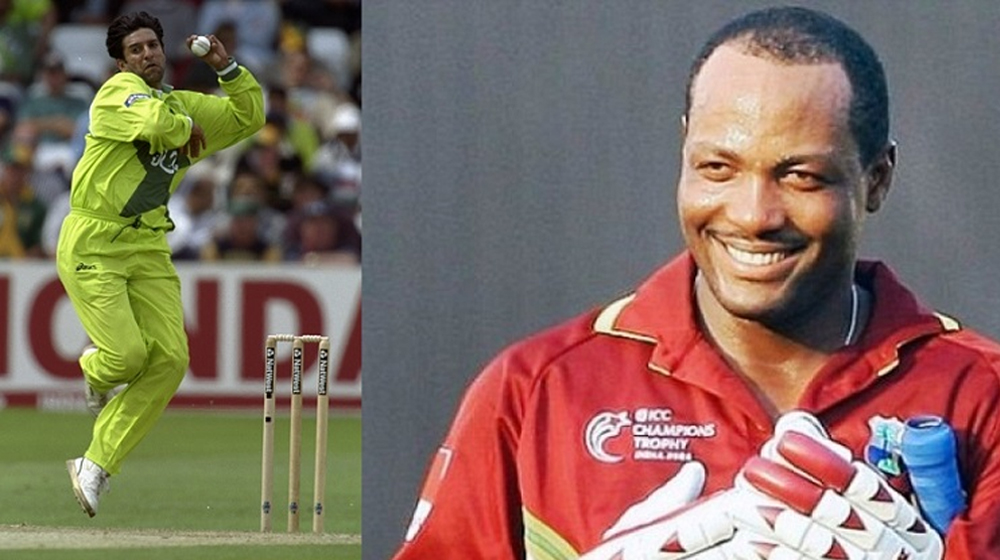 When you talk about modern legends of cricket, a handful of names come to mind and Brian Lara is most certainly one of them.

The glorious left-handed batsman took the world by storm with his unique playing method and his ability to play for long periods of time.

His classic cover drives and glorious strokes square of the wicket are still etched in every cricket fans’ memory, despite being on the receiving end of Lara’s wrath.

The record-breaker, however, was not invincible, even though many would disagree.

Appearing on a TV show, Lara was asked about the best bowler he faced in his time of utmost domination.

As soon as he thought of an answer, a smirk appeared on his face and he replied “Wasim Akram“.

Brian Lara has always spoken highly of the Pakistani legendary bowler and this time around, he not only labeled him as the most difficult bowler he has faced but also the best bowler who ever played the game.

Speaking on the matter, he said:

He (Wasim Akram) always made me feel stupid.

Here is one of the memorable spells bowled by Wasim Akram to Brian Lara:

For someone of Lara’s caliber to admit that he was “never in control” when he was up against the reverse-swing king, is a huge appreciation.

Oh, he was fast and furious. He bowled over and round the wicket, swung the ball both ways, a master of reverse swing and moreover, at times, he cut the ball prodigiously.

His bouncers were fast and slow too and very aggressive when in full flow and very competitive as well. I never felt in control when facing Wasim because he was always very unpredictable.

Wasim Akram has been regarded as one of the greatest bowlers of all-time. He managed 414 Test wickets in 104 games and he also took 502 wickets from 356 ODIs.

The Wasim-Lara rivalry is one of the most talked about rivalries in the sport and seeing remarks such as these revives the passion of the olden days.