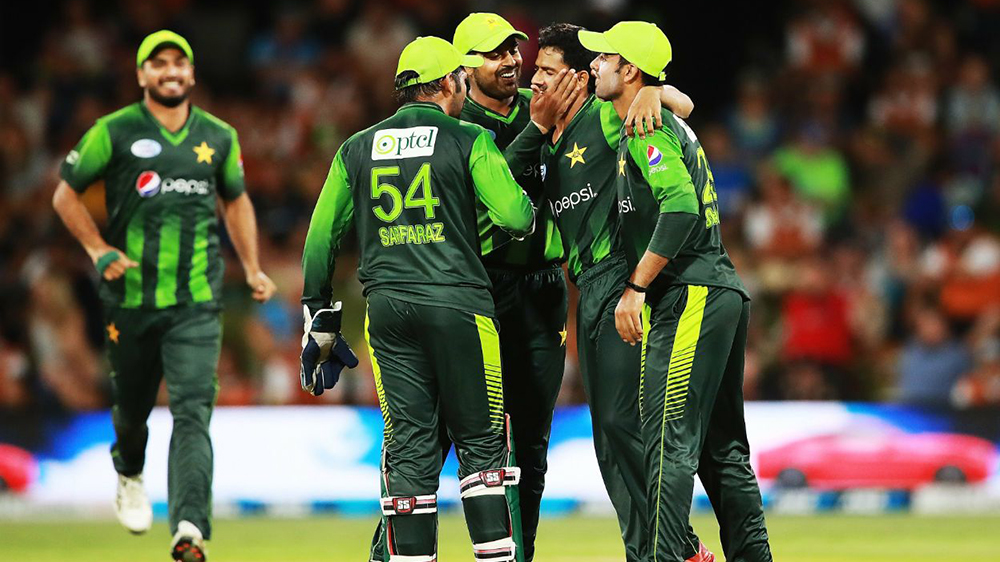 Pakistan team jersey for the upcoming T20I series will be co-sponsored by Pakistan Telecommunication Company Limited (PTCL). This was announced at the kit unveiling ceremony held at the Gaddafi Stadium in Lahore between PTCL & Pakistan Cricket Board (PCB) senior officials.

In its efforts and support to bring back international cricket to Pakistan, PTCL co-sponsored this series to be played in Pakistan. The last time cricket fans saw both teams taking on each other on Pakistani soil was more than a decade ago in 2006. This three-match series would be played in Karachi on April 1-3.

“After backing Islamabad United to be the PSL 3 Champions, I am excited with our co-sponsorship of Pakistan Cricket Team. We are proud to have PTCL logo on the national teams’ jersey and hope the team will continue its winning streak and retain its ICC T20I No 1 spot. As a national company, we have supported return of sports in Pakistan, not only cricket, but also our national game hockey with PTCL Hockey Cup 2018. We will continue doing so in future as well.”

“We are happy to see that PTCL, being a national company, is taking a lead and playing a constructive role in both domestic and international cricket.” He added that “Recently they have supported Pakistan T20I New Zealand Series 2018, Disabled Cricket Tournament 2017, Islamabad United in PSL3 2018 and this time for co-sponsoring the T20I series to be played against West Indies. PCB is appreciative of PTCL’s continued support to cricket in Pakistan.”

Collaborative efforts of PTCL and PCB are helping in the revival of International cricket in Pakistan and bringing in the golden era of cricket back in Pakistan.