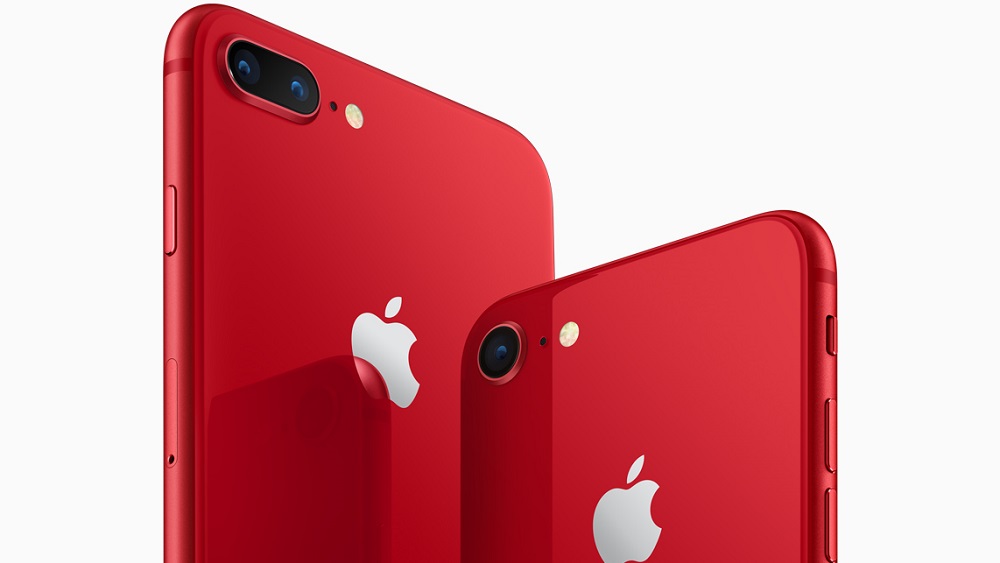 Apple has released the red iPhone 8 and 8 Plus, with proceeds from their sales going to charity.

As always, Apple has unveiled a new red hue of the new iPhone 8 and 8 Plus phones mid-cycle, with the proceeds from the sales going to charity. The iPhone X is the only model not getting the red treatment.

Apple has long been associated with the Product (RED) campaign, through which it shares a portion of its revenue for The Global Fund to aid in the fight against illnesses. This year’s phones will help aid the fight against HIV and AIDS, the same as last year. The company has so far donated $160 million to the fund, being its biggest donor.

Apple to Unveil a 6.5″ iPhone X Plus Later This Year: Rumors

Apple has released a red iPhone X leather folio as well, which is a case that covers the phone from all sides, including the front via a flap. A few existing models of Beats headphones and portable speakers are also available.

Last year’s iPhone 7 and 7 Plus models too were available in red, being discontinued when their successors were launched. The only major difference aesthetics-wise is the presence of a black front and bezels this time, rather than white which was seen last year.

The red hue joins the Space Gray, Silver and Gold variants which Apple originally launched back in September 2017. The phones will be available in 64 GB variants only. Needless to say, the rest of the specs are pretty much the same.

Pricing for the phone will remain the same at $699 for the iPhone 8, with the 8 Plus coming in at $799. While pre-orders for the phones have already started, shipping will begin later this week.