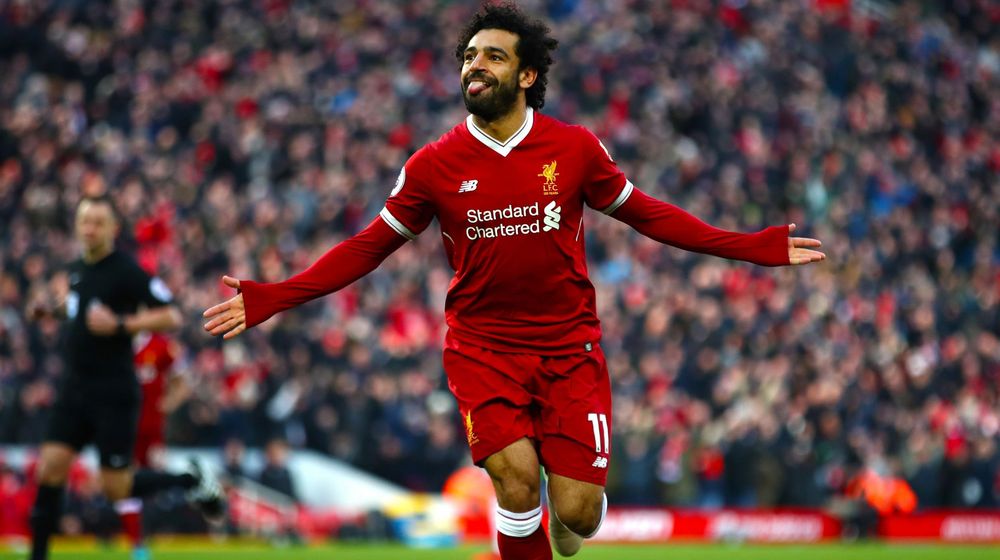 Salah’s journey from being a left-back to Liverpool’s highest scorer in a single season.

From a rather humble first spell in England at Chelsea to being Liverpool’s most prolific goalscorer in a single season in history, Mo Salah has defied all the doubts. In just one season, with grit and sheer determination, Mo Salah has become the most iconic football star Egypt has ever produced.

Salah was rated among above average players during his days in Italy at Roma. However, no one thought that the “Egyptian King” would turn out to be the most lethal striker for Jurgen Klopp’s Liverpool.

Like many superstars, Mo Salah has seen the worst days before ruling England’s second most successful club. From being a left-back to becoming League’s most feared striker let’s take a look at Salah’s rise to the very top.

Salah’s youth career started at the Egyptian club El-Mokawloon El-Arab. He first started off as a left-back at El-Arab. His youth coach saw his hunger for the goal and his ability to go past opposition and decided to play him out front.

From that day onwards I decided to play Salah as a right-winger. I told him he would be the team’s top goalscorer in both leagues, the U16 Cairo League and the U17 Nationwide League. I coached both teams and played Salah in both the leagues. By the end of the season, he had scored 35 goals combined. Since then, he has never stopped scoring.

From El-Mokawloon, Mo Salah moved to the Swiss club FC Basel to have a taste of top-tier football. Mo won the league title twice but managed a handful of goals during his stay at RotBlau. However, he did raise a lot of eyebrows across Europe for his agility, dribbling and control.

Jose Mourinho noticed the Egyptian’s skillset and decided to bring him to the Standford Bridge for a fee of £13.50 million.

Mourinho took a leap of faith when he brought Salah to The Blues. The promising young talent wanted to wonders with the ball but his first season in Premier League was yet to become his claim to fame. Mourinho opted to send the youngster on loan to Fiorentina after appearing in just three games for Chelsea.

The “Special One” seemed in doubt of Salah’s ability later on and kept on sending him out on loans to Italy. The Portuguese did graciously grant Salah with the Premier League winners’ medal for Chelsea’s home run during the 2014-15 season.

During his loan spell in Itlay, Salah managed some incredible performances including his brace against Juventus in the Coppa Italia semi-final first leg away from home. Salah was on an 18-month-long loan from Chelsea to Fiorentina. The Italian club tried to make the move permanent for the forward however Salah had other plans.

Salah cut short his loan time at Fiorentina and went on another loan to the Totti’s AS Roma. His contract had a clause to make the deal permanent. This is where Salah sent a bit of shockwave across Europe once again. During the 2015 season at Roma, Salah scored 15 goals and set up another 6 in the league. Mo was named the player of the season in Serie A as Roma finished 4th in the league.

Roma signed Salah on a permanent deal in 2016 bidding the youngster to light up the Stadio Olimpico once again. Salah had another decent season in 2016-17 where he put 15 of his shots behind the net in a total of 31 games.

Salah stayed at Chelsea between 2014 and 16 mainly out on loans before moving permanently to Italy until 2017.

For his impressive run of games in Italy, The Reds decided to splash the cash and made the club-record signing to bring the Egyptian to Anfield. Jurgen Klopp brought Salah to Liverpool for a staggering fee of £37.80 million on a 5-year deal. Pundits, again, anticipated that the “improved Salah” will make his mark this time in England. However, no one thought that the modest and the humble Egyptian will go on to shatter all goalscoring records for The Reds.

2017 brought the best out of the Egyptian as he was named African Footballer of the Year beating the likes of Aubameyang to the title. His match-winning penalty goal against Congo sent whole Egyptian nation wild as Egypt qualified for the 2018 Fifa World cup for the first time in 30 years.

Pakistani Footballs to be Used in FIFA World Cup 2018

You can rejoice the moment of glory here when Egyptians went crazy after Salah’s late winner;

Salah played a clinical role in Liverpool’s qualification to the semi-finals of this year’s Champions League. The Egyptian King scored the equalizer and the crucial away goal that sent Manchester City’s hopes of turning the second leg in their favor down the drain. Take a glimpse at Salah’s magical chip here:

Salah produced another magical moment in the away leg to Porto as well. Another player and arguably the greatest to grace the Champions League scored overhead kick goal vs Juventus. Here is the comparison of both goals, which one do you like more;

Despite starting most games on the right-wing, Salah has the second highest number of goals in the world this season. The forward has managed 38 goals in 43 appearances in all competitions for Liverpool this season. He has provided 13 assists as well for The Reds as Liverpool are lurking for a 6th UCL title.

Salah’s current market value stands at £72 million. Considering his goal-scoring spree, who knows the European giants like Real Madrid might trigger the transfer of another Galactico in the shape of Salah this or next summer.

You can have a glimpse at Salah’s best skills for Liverpool here;

In just his first season at Liverpool, which is yet to be finished, Salah has already broken many club and premier league records. Here are some of the most prominent ones;

More than Just a Footballer

That was almost everything about Salah’s career as a football player. Salah’s global stature is more than that of just a footballer. He is often regarded as the face of Islam by many in Europe and in the world. There is no denying that Salah has upset opposition fans many times, however, there is one that is common in almost all football fans is zero hate for Salah.

The Mo Salah chants at Anfield have proved to be a never-seen-before tool to fight against the prevailing Islamophobia in the West. Most of you who follow football and The Egyptian King know that Salah is a practising Muslim. Salah bows down in gratitude before God after every game he scores in. On top of that, the chants of Liverpool fans for Mo Salah have proven effective in sending out the message of affection for Muslims. Here is the Liverpool song that we are talking about;

Here is another one directly from the stands of the Anfield;

Salah’s rise to the top of the English football is surely a fairytale that will be remembered for a long time. He can cement his place in the history books for good if he keeps looking for the dagger and finishes off upcoming seasons with the decent amount of goals.