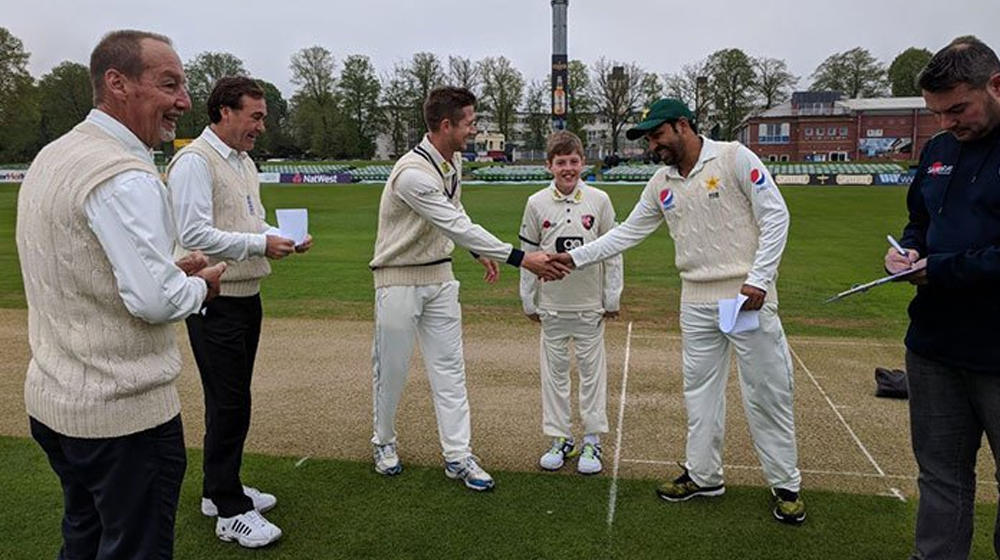 Pakistan cricket team’s preparations for the upcoming series against England and Ireland have gotten off to a rocky start as the national team got dismissed for just 168 runs in a tour match against Kent at Canterbury on Saturday.

Sarfraz Ahmed won the toss and elected to bat first in the 4-day match, which did not go according to the plan as the national heroes were blown away by the pacer WRS Gidman, who took 5 wickets in 15 overs.

Pakistan’s opening pair for the game — Sami Aslam and Azhar Ali — did not impress as they managed only 3 boundaries between them before returning to the pavilion.

Imam-ul-Haq was tested at one-down position, which proved to be fruitful as he was the top scorer of the innings with 61 runs, facing 111 balls and finding the fence 9 times.

Haris Sohail and Asad Shafiq could not manage to stay at the crease for long either as they departed for 5 and 17 runs respectively.

Babar Azam, who has arguably been Pakistan’s most consistent batsman in limited over games, was sent in at 6th position, which is rather strange as he usually bats at number 3.

Despite Imam scoring a half-century, it seems rather strange that Pakistan management wants to change Babar Azam’s position. It is entirely possible that Babar’s lackluster performance in Test cricket, so far, has pushed the management to move him down the order so that he gets to bat with the older ball. This might also be his last chance to secure a place in Test cricket as he has played 11 test matches and managed no hundreds and has achieved a meager average of 23.75.

Pakistan managed a total of 168 runs in the 55 overs they faced.

In response, Kent scored 39 runs at the loss of 1 wicket, which was taken by Hasan Ali.

The play did not resume on day 2 due to rain.