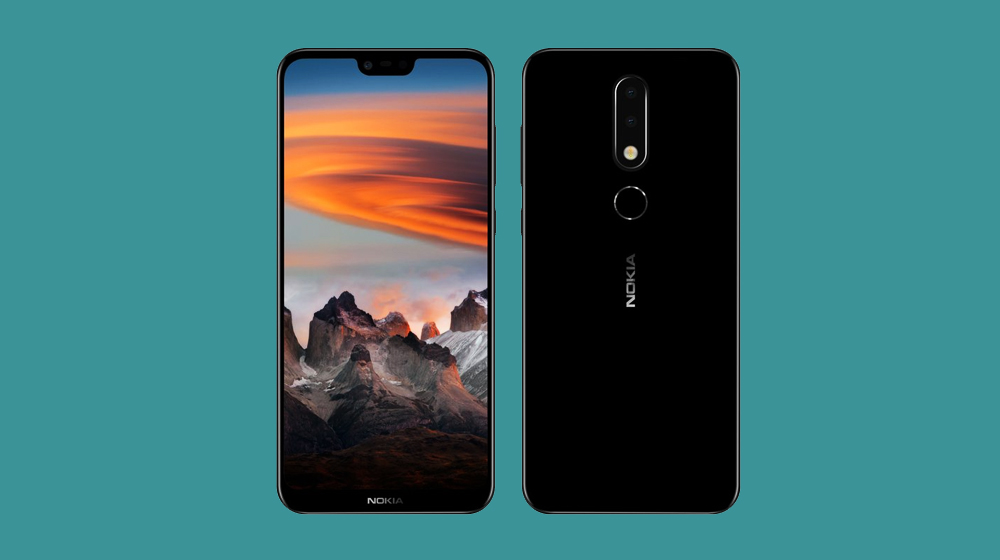 Nokia X6’s design has been revealed in another official render. It will have a notch, dual cameras, and midrange specifications.

Nokia or HMD Global’s Nokia X6 has already been revealed on Baidu, a popular Chinese social network, with images taken at an event where Nokia showcased the design of their upcoming midrange phone. It had a notch, a premium glass build, and dual rear cameras.

Now, a Chinese retailer known as Suning will give out 10 units of Nokia X6 in a photo contest and revealed official render images of the upcoming smartphone in an advertisement posted on its Weibo page. We have already seen what it looks like (click this link for pictures), but there was still a chance of Nokia making last-minute changes in its design.

Suning’s contest will award money in addition to the 10 Nokia X6 units to the top-3 entrants. Here’s the poster, 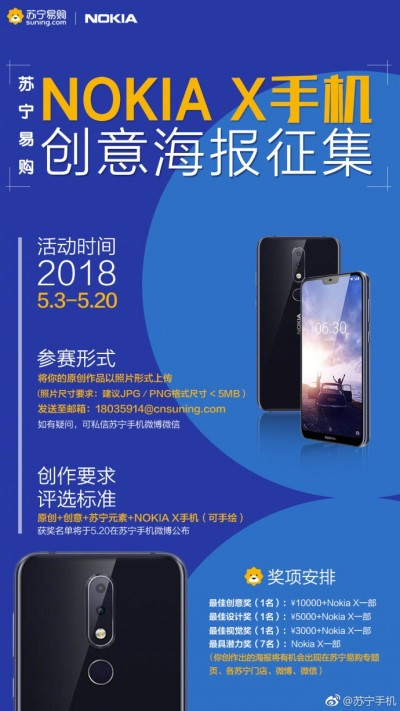 The retailer’s contest indicates that Nokia X6 won’t see major changes when it gets launched next week. It will be the company’s first notched display smartphone which has a rear mounted fingerprint scanner and an all-glass build.

A spec sheet leak indicated that it will come with a 10W (5V/2A) charger, flagships these days charge more quickly due to higher voltages than this and have better fast charging technology.

The low power input shows that Nokia X6 is not meant to compete with the likes of Galaxy S9+ and LG G7 ThinQ, instead, its a regular midrange smartphone with an iPhone X-like design. Moreover, it’s also expected to come with two RAM options – 4 GB and 6 GB – paired with either a MediaTek Helio P60 or Qualcomm Snapdragon 636.