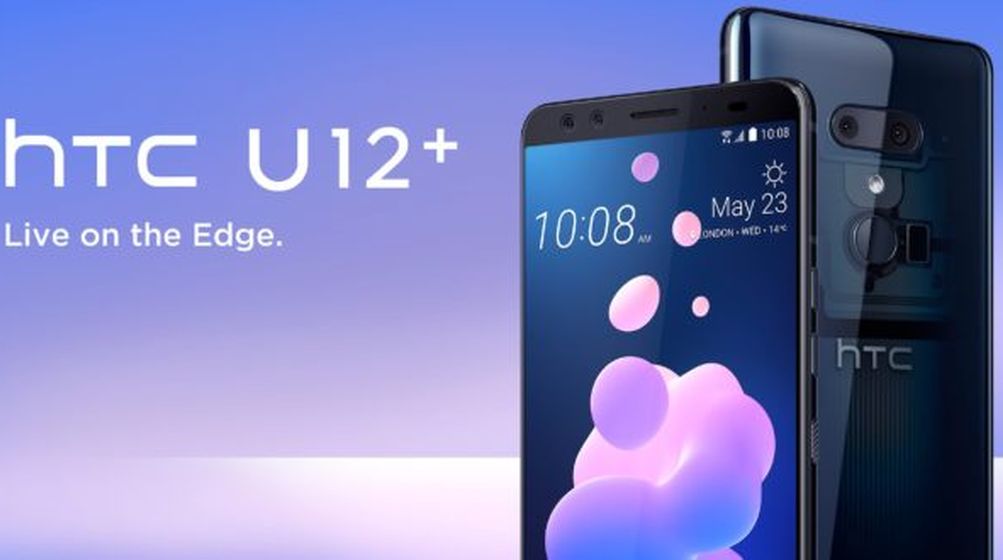 HTC U12+ is here, a boxy flagship with top-notch specifications.

HTC has finally launched the much-anticipated HTC U12+, a top-notch flagship with the latest hardware, a premium build, and no screen cutouts (read: notch).

Much of the specifications are obvious, the company’s previous U11 and U11+ featured amazing cameras with a single-lens setup. The current U12+ is in line with today’s trends and it has a large bezel-less display with a dual-rear lens setup – HTC was also the first company to add two rear cameras to a smartphone with HTC One M8.

HTC U12+ will be its first dual-lens smartphone since then. The phone also boasts the company’s popular front-facing stereo speakers. 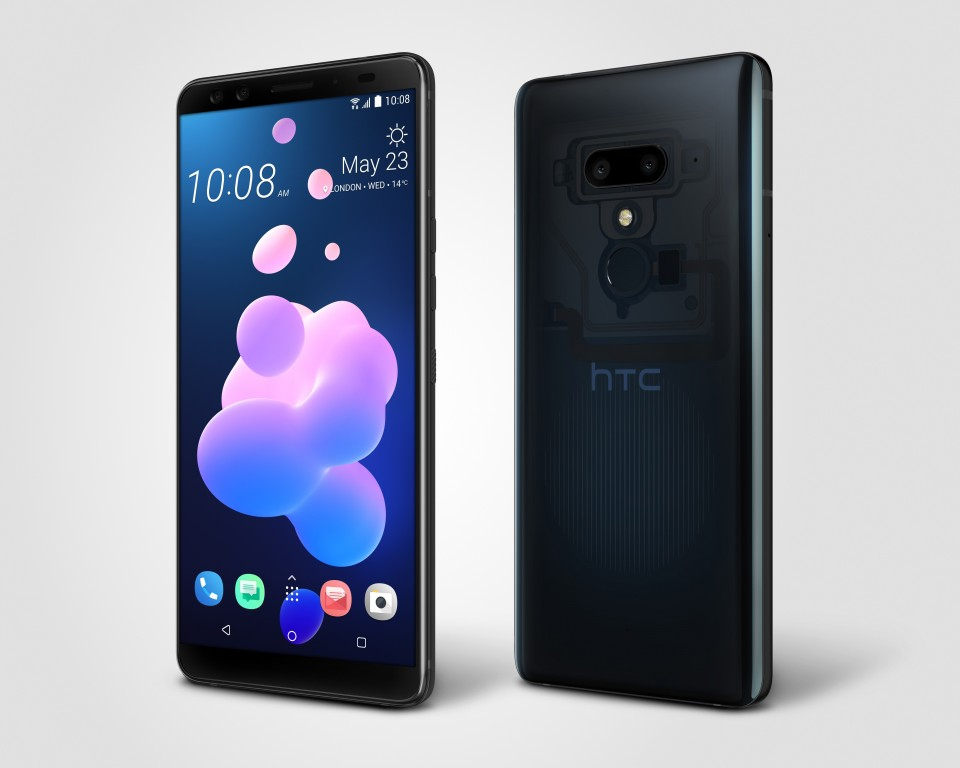 HTC U12+ features an all-glass build on top of an aluminum frame. The first thing to notice is its squarish design with a horizontal camera strip on the rear, which looks quite similar to LG’s.

It does not have a display cutout, or curved edges, but sports a decent ~80.3% screen-to-body ratio.

EdgeSense and Other New Features

There’s edge detection too, called HTC EdgeSense 2, that lets you squeeze the U12+ to issue user defined pre-mapped commands. This time, HTC added a little twist to the side buttons. Instead of ordinary click-able ones, the buttons are fixed and are outfitted with haptic feedback. In simple terms, the buttons won’t press in, you’ll feel them vibrate instead.

The fingerprint sensor sits on the rear. Another small but useful addition is that the phone can now tell how you’re holding it. It won’t go into landscape mode if you’re lying down and texting someone with the phone up, for example.

U12+ owners will be covered by IP68 certifications for water and dust resistance up to 1.5 m for 30 minutes. It also has the signature BoomSound stereo speakers and HTC’s Usonic sound technology (noise-canceling in-ear headphones included in the box), but no 3.5 mm headphone jack. The company does include a Type-C to 3.mm adapter in the box.

Beneath the covers, the latest Octa-core Snapdragon 845 runs the show with four Kryo 385 Gold cores clocked at 2.6 GHz and four Kryo 385 Silvers at 1.7 GHz. The graphics department is run by an Adreno 630 paired with 6 GB RAM.

U12+ comes in two internal storage variants, you can get it with either 64 or 128 GB storage. Fortunately, its expandable by up to 400 GB via a microSD card, but it does not come with a dedicated SD card slot so it will replace SIM slot 2.

The horizontal rear-camera array houses a 12 MP f/1.75 UltraPixel sensor that works in tandem with a 16 MP f/2.6 telephoto shooter, both cameras have focal lengths of 1.4µm and 1.0µm respectively. The 12 MP sensor also has Dual Pixel PDAF, and works in pairs with laser AF and OIS for the optimum photography experience. It also gets 2x lossless optical zoom and a dual-LED dual-tone flash for low-light photography.

HTC went with a dual-front camera setup, like the Huawei Mate 10, and has two 8 MP sensors on the front. It can shoot 1080p videos.

Out of the box, it comes with Android 8.1 Oreo with HTC SenseUI on top. The company also promises Android P update as soon as its out.

HTC U12+ is powered by a 3500 mAh non-removable battery chargeable via USB 3.1 Type-C. Qi wireless charging is also available. Unlike most recent flagships, it has Quick Charge 3.0 and official figures promise 50% of juice in 35 minutes.