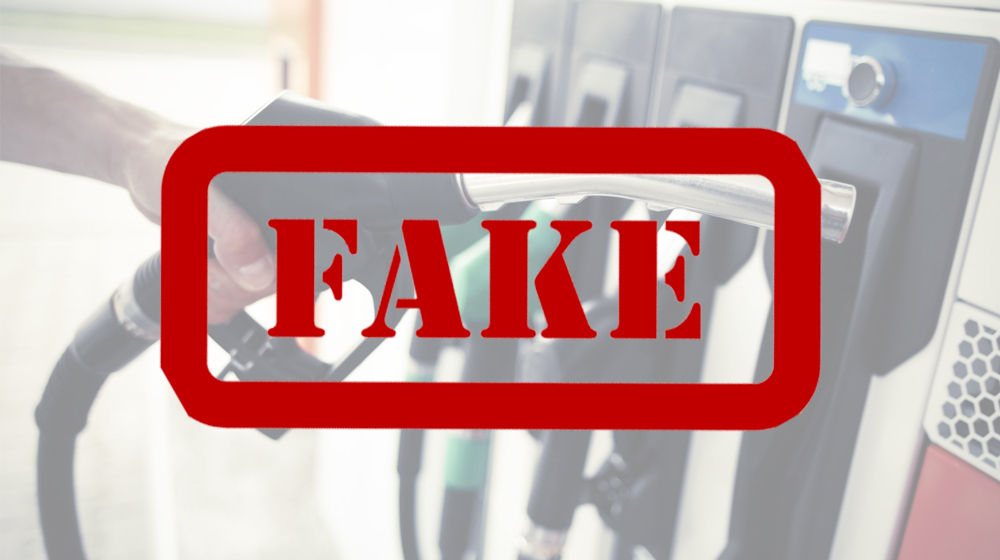 Pakistan State Oil (PSO) has made it clear through a public statement that filling fuel tanks to full capacity poses no threat to bikers or car owners. The statement was issued in response to the viral messages on social media, especially WhatsApp, about the probability of explosion in case of full fuel tanks.

The controversial warning messages stated that filling tanks to the maximum may cause explosions in the tank and that we should leave some space for the ‘air’. 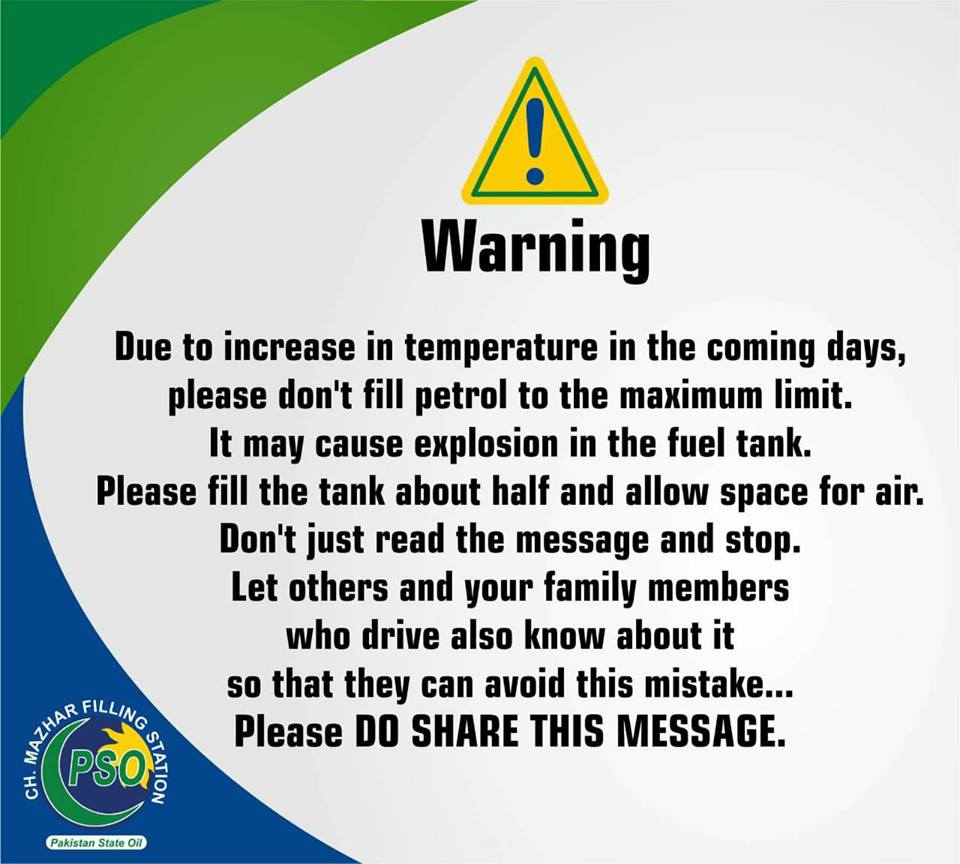 PSO turned down the claims by stating that the company has issued no such warnings and asserted that “Filling your fuel tank to its full capacity poses no threat of any kind neither to the car nor to its passengers and is deemed completely safe and beneficial to the running of the car”.

The interesting thing, however, is that the same messages were circulated on the social media and PSO had denied the claims last year as well. ProPakistani covered the story last year, clarifying the issue.

Another motive behind these viral messages these years may be to stop people from filling their fuel tanks in a bid to earn extra margins. The petrol prices are set to increase starting from the 1st of June and the franchisers might be hoping to save their old stock and earn higher profits.