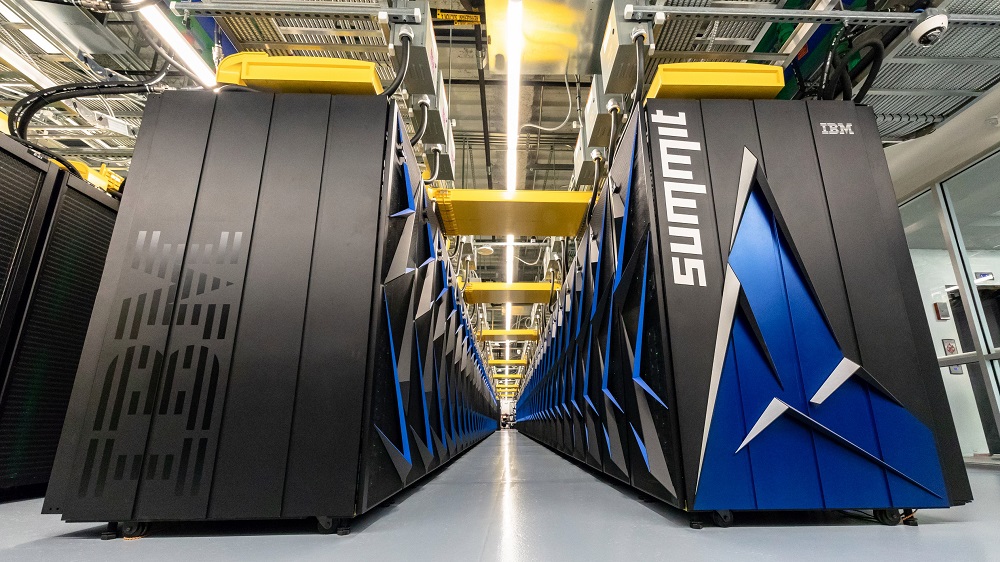 The US takes the lead with the world’s fastest supercomputer yet, managing a mind-boggling 200 petaflops of performance.

After losing out to most of Asia and Europe over having the world’s fastest supercomputer for much of the last decade, the US is back on top with its Summit supercomputing machine. The machine resides in the US Energy Department’s Oak Ridge National Laboratory.

In terms of hard numbers, the machine doesn’t disappoint with a theoretical peak of 200 petaflops (or 200,000 teraflops/trillion calculations per second). In simpler words, it can process as many calculations as it would take for 6.3 billion humans if they calculated every second for an entire year in a second.

It dethrones China’s Sunway TaihuLight supercomputer, which could do “only” 93 petaflops. It is 8 times faster than America’s own previous best. Stored in Tennessee, it occupies as much space as two tennis courts. Power is provided by 185 miles of cables, while 4000 gallons of water is supplied every hour to dissipate the heat.

The Summit was developed in co-operation with Nvidia and Intel, built out of 37000 processors, of which 28000 are graphical (which is quite unorthodox for a supercomputer) and 9000 conventional, and 4608 individual compute servers with each of them providing 10 petabytes of memory.

The supercomputer was built with the purpose of advancing the artificial intelligence research and development, but that won’t be its sole purpose. During its creation, researchers used it to discover the changes in the human genome, and expect it to predict climate variations, perform nuclear simulations and natural resource mining.

China does still have the most of the world’s fastest supercomputers, 202, with US’s 143 and Japan’s 35 being the next best. With the rate at which we are seeing the increase in speeds, the goal of the first 1,000 petaflops, or an exascale supercomputer, could debut sooner than we’d expect.