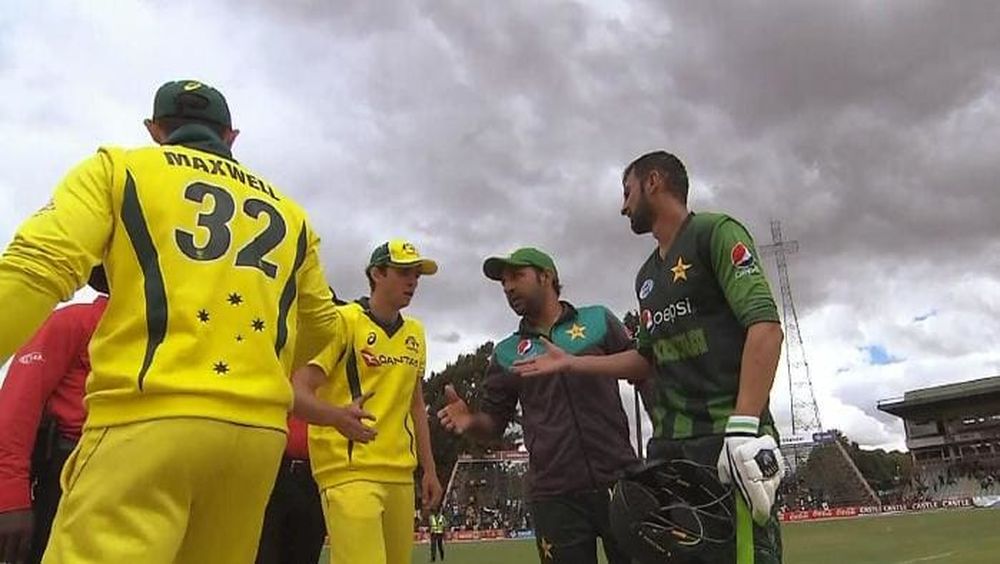 Pakistan overpowered Australia in the Tri-Series decider on Sunday in Harare to claim their 9th consecutive T20I series victory, thanks to Fakhar Zaman’s aggressive knock of 91 off just 46 balls.

While Pakistanis were celebrating their victory, an unusual event happened at the ground. Australian all-rounder Glenn Maxwell reportedly refused to shake hands with Pakistani skipper Sarfaraz Ahmed after the match.

According to the videos which surfaced on social media, the aggressive right-hander was seen ignoring Sarfaraz Ahmed, walking past him when he extended his hands for a handshake as a sign of sportsmanship.

The incident sparked a debate over the social media, criticizing the cricketer for his lack of sportsmanship.

Cricket is a game supposed to be played in good spirits, and Glenn Maxwell’s refusal to shake hands didn’t go very well for him.

However, he was quick to clarify the situation, saying that the incident was unsportsmanlike – not how he plays the game – and a genuine oversight on his behalf.

I’m currently looking for Sarfaraz in the hotel to shake his hand and congratulate him and his team for their series win.

Earlier Maxwell had Pakistan in trouble early in their innings as he struck two consecutive blows in the first over, reducing them to 2-2. Pakistan however, recovered on the back of a solid century stand between Fakahr Zaman and Shoaib Malik to romp to victory.