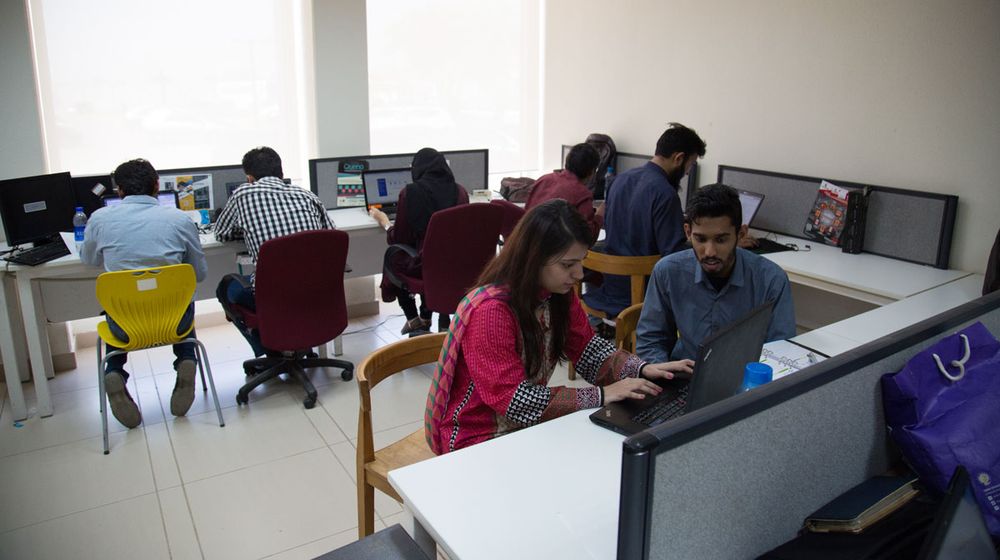 Farida Kanwal arrived in the bustling city of Karachi from the green and peaceful environs of Hunza at the age of two. Hunza is a mountainous valley in the extreme north of Pakistan, and the family lived in a remote village. Farida’s mother saw a good education as the key to progress and decided to leave the family home and move to Karachi, to give her daughter a better future.

My mother struggled a lot. She wanted me to do better than others. She had differences with her own family over the move, but her brother supported her and that made all the difference.

Farida enrolled in the Aga Khan School Gymkhana in Karachi and did her Intermediate at the DHA College. Encouraged by her mother, she took the next step, graduating from Sir Syed University with computer science as a major. 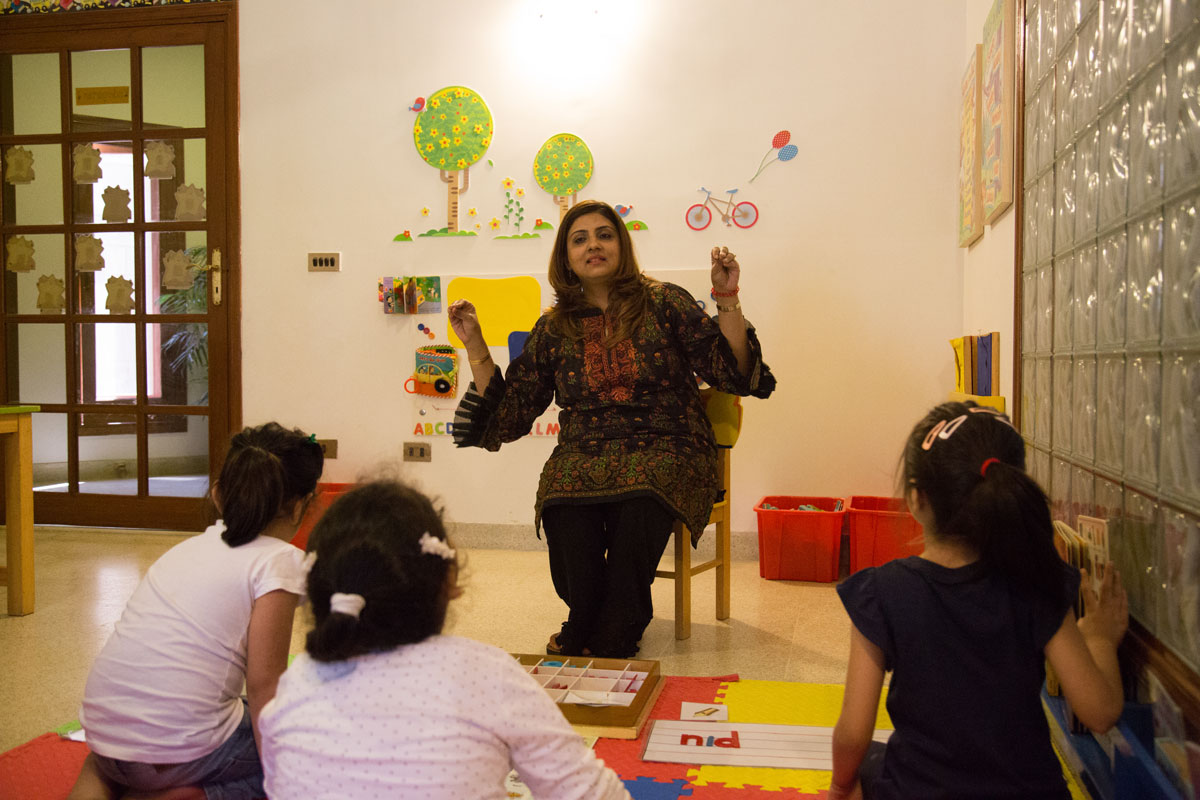 Farida and her colleague, Mohammad Zubair, tried to develop a school project into an App, but the venture did not succeed. Zubair then proposed that they should look for regular employment, but Farida wanted to give it another try, saying they should aim to create jobs, not just work for someone else.

They searched for new ideas until an acquaintance began to share his concerns about his young son. He felt it was difficult for him to keep abreast with his son’s school activities. Farida had experience of teaching in a school and had some idea of the problems that come up in day-to-day school management.  She decided to work on an App tailored for school systems. Another colleague, Mudassir Khanani, joined them and Queno was born. 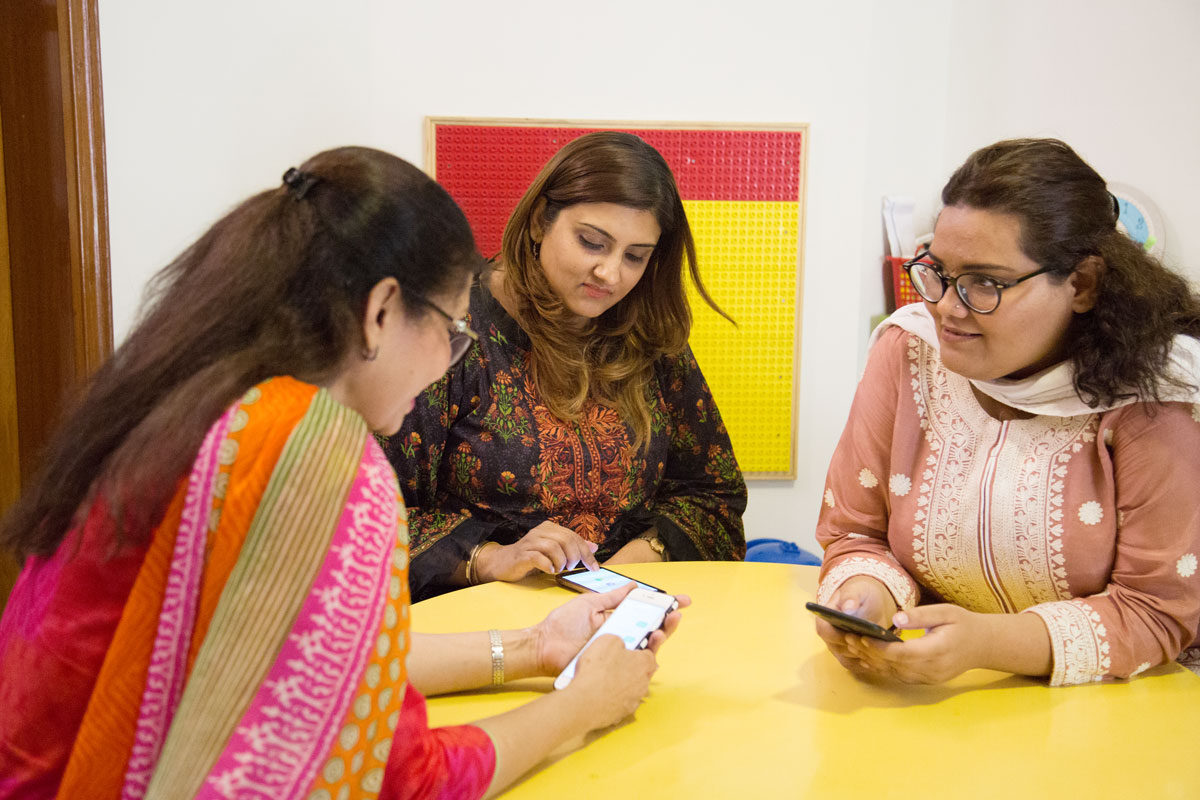 Queno is an innovative mobile App that takes over much of the teacher’s manual work, from attendance and test diaries to the test calendar. Parents have access to the information, so they know exactly what’s going on with their children. The App can be customized according to the school’s own requirements. “Queno is all you need in one application,” declares Farida. “We put a school into a mobile App.”

The partners had to knock on quite a few doors before they found a school willing to try out their system. Farida says,

It was difficult in the beginning to change mindsets. The teachers found it difficult to switch over from a manual system, but we gave them hands-on training for a month, and they caught on. Now they say the system saves time and is more efficient.

We have a good market here, but we didn’t know how to scale up until we were selected for an incubation programme run by Karandaaz Women Entrepreneurship Challenge at Invest to Innovate (i2i).  The Karandaaz intervention gave us mentors to help with marketing techniques. We met investors and changed our business plan.

The programme took participants outside their comfort zone, to sessions in Lahore and Islamabad, and a network began to fall into place. Through the network, Queno added on schools in Islamabad to a client base that had been restricted to Karachi alone. Farida had never traveled outside Karachi and the experience was a game changer. 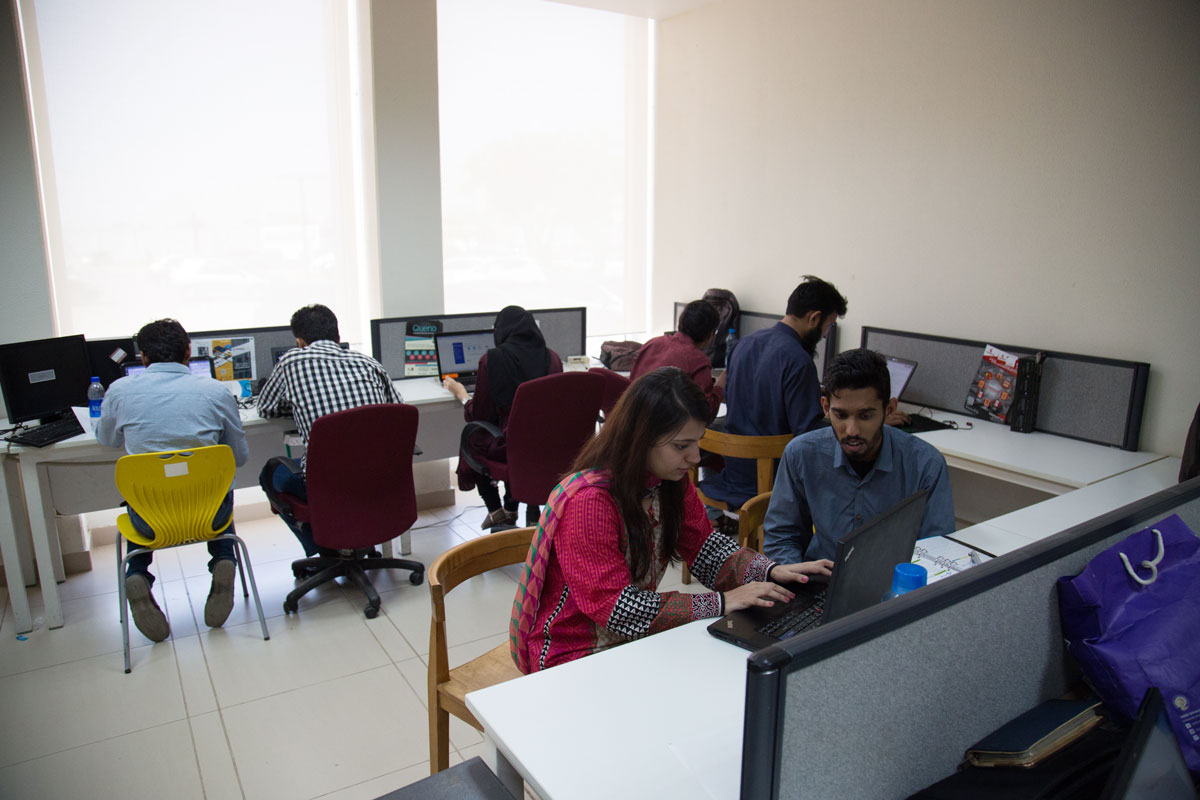 “They not only pivoted our business plan,” says Farida “They changed my personality.” The once shy Farida, who would break out in tears when she had to make a presentation to a group is now a smiling, composed young lady who has the details of her business at her fingertips.

She points out that Queno’s founders were tech-savvy, but lacked business acumen. “Investors would ask for our accounts sheets,” she says, “but we didn’t have anything to show.” All of that changed when the incubator gave Queno a virtual CFO. Farida and Zubair learned how to do the accounts sheets, how to evaluate the company, set expenses against revenues. Having learned the ropes, they began to focus on growing their business. At the moment, Queno has three full-time and two part-time employees, apart from the three founders.

Farida wants to expand her marketing network and add new members to her team. That way, she says:

More people will learn new skills and become familiar with the needs of entrepreneurship. My mother has proved to everyone that she took the right decision. She brought me up to be strong enough to manage my own business and my own life.