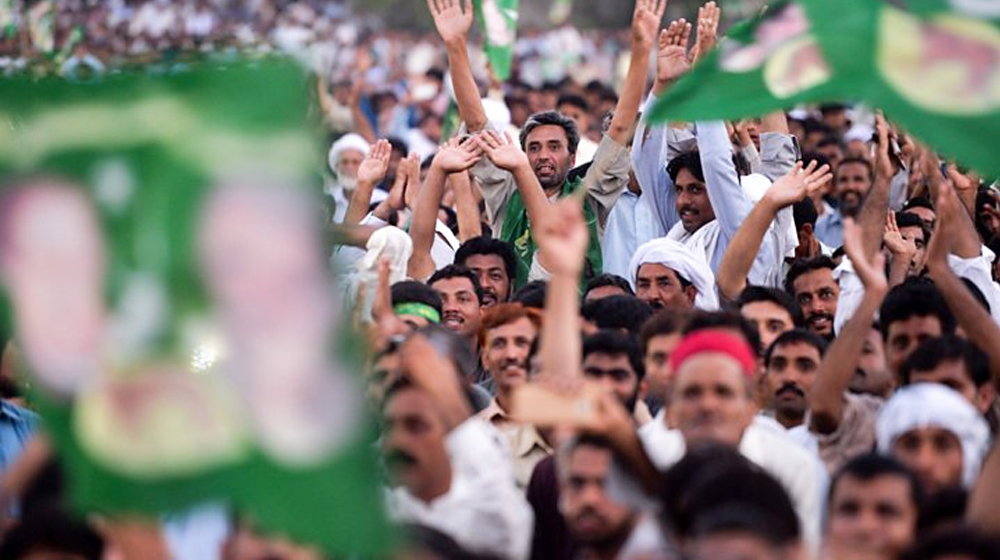 by Aamir Attaa and Syed Talal

Pakistan voted yesterday. Then it waited for results. And waited. And is still waiting.

With theories abound about the possible reasons behind the delay in declaring election results, Pakistan has seemingly divided into gloating PTI supporters and everyone else crying foul.

In this report, we aim to break down exactly what went wrong.

For the first time in election history, Pakistan used a Results Transmissions System (RTS) — an online system to relay results from 85,000 polling stations around the country to the central headquarters in Election Commission of Pakistan.

Here’s how it (should have) worked. The Presiding Officers (PO) were supposed to use an app to enter results and take a picture of Form 45. The data would then be transferred to the ECP server… and that’s it. Really.

What seems rather basic from a technical point of view became a point of contention as RTS went down at 9 p.m, delaying results.

RTS Was Far From a Perfect System

There were question marks about the system even before the elections. According to local media reports, Returning Officers (RO) from Faisalabad, Okara and other cities wrote to the ECP and expressed concerns about RTS.

According to the Express Tribune, complaint letters were received from multiple ROs.

I have the apprehension that in such circumstances your RTS system will not perform on the poll day.

An unnamed NADRA source cited by the publication claimed:

Due to possible failure of the RTS system, serious issues related to transparency may arise on the night of poll day.

RTS Was Designed by NADRA

RTS was developed and its usage was made mandatory while PML-N was in power, through a law that was passed by the previous government.

It was developed by NADRA, who have expertise with large-scale apps. This is not the first time the institution has developed apps on such a scale so it’s unlikely that technical abilities were a factor in the failure of the system.

Not to mention, ECP and NADRA knew the system scope from the very start: 85,000 endpoints would be submitting data and that makes a developer’s job easy.

If they know the load, they can test and optimize for it. This means that all possible outcomes were known to the developers even before they started working on RTS. It’s usually a simple task to design a system where all variables and constraints are known, compared to a system that has to deal with unknowns.

Why Hasn’t the System Come Back Online?

The worst happened and the system went down. Fine. But does it really take hours to restore it? Even if the system was designed poorly and the load became unpredictable, absolutely not.

In the time since the system went down, completely new server-side solutions could have been made from scratch and launched – considering the nature, emergency and scale of the problem.

If an entirely new solution could be designed, developed and launched from scratch in the time RTS has been offline, you can imagine how much time would be required to restart services and put the system back online: merely a few minutes.

The lack of a contingency plan on part of ECP and NADRA is simply baffling, if not downright criminal.

So what happened to RTS? There are a few possibilities here:

We should mention here that mitigating for DDoS attacks is quite easy these days. ProPakistani suffers DDoS attacks from within Pakistan, India and abroad and with a limited budget, we suffer near zero downtime.

Even if all 85,000 end-points were connected and submitting data at the same time, it should not have caused the system to collapse. We are aware of websites, apps, and servers within the country which serve hundreds of thousands of concurrent connections so technical failure simply does not make sense.

And even if it did collapse, it does not take so much time for it to be restored.

Possible Scenarios in Light of Failure of RTS

So what now? The solution is quite simple: conduct an audit.

An audit for a mobile app and a system like RTS isn’t a complex task. If ProPakistani were given access to the servers, it could determine what went wrong within hours, if not minutes. It’s not a testament to our aptitude; rather, it really is that simple.

We want to emphasize that with the government’s resources, it’s child’s play to determine why RTS failed.

After the audit, there could be three possibilities.

The failure was intentional and the system was sabotaged by the outgoing government in case of PTI taking the majority.

Remember, this is the first time RTS has been used in Pakistan. It was designed, developed and made mandatory when PML-N was in power.

As soon as a clear lead was established, the system was shut down to create controversy and unite the losing parties against Imran Khan.
d
2 – RTS Went Offline Due to High Load

RTS went down unintentionally and if that’s the case, then it is gross incompetence so severe that it can be classified as a crime against Pakistan.

The responsible people and departments should be investigated, tried and put in jail for messing up a system so critical to the country’s future.

3 – Outside Involvement in Putting RTS Offline

Considering Indian involvement and stakes in Pakistan election, we would not want to rule out the possibility of outside interference in elections via attacking RTS through a DDoS attack.

But then again, it’s not that hard to plan against DDoS attacks. There are websites (such as banks, social media websites and so on) which are routinely attacked and never fail.

If it’s an outside job, the people at the core of app design and deployment should be fired immediately with heavy fines at the least.

Finding Out Who is Responsible

If you think that a JIT and several months are required to determine responsibility for the catastrophic RTS failure, we have good news for you.

Unlike other fields, debugging computer systems and determining the cause of failure is straightforward. A single expert (or more if you want to be completely certain), can determine the cause within minutes, if not hours.

Here’s how it can be done:

Let us know your thoughts in the comments below!