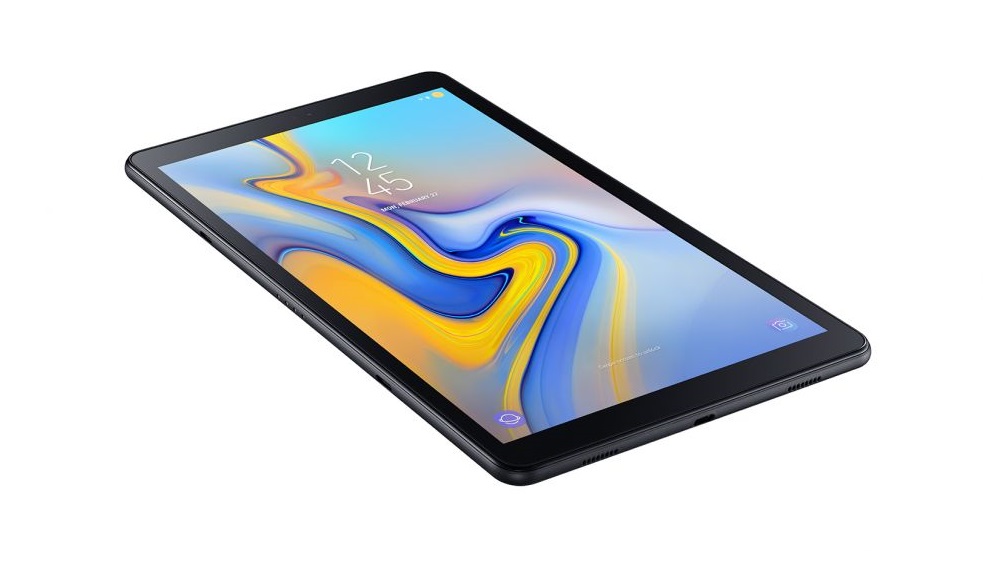 An entry-level tablet that looks exactly like its high-end sibling.

While Samsung’s premium Galaxy Tab S4 is a good answer to the iPad Pro, the Korean company acknowledges that it is not a mainstream device, with the introduction of a more barebones version in the Galaxy Tab A 10.5.

The tablet carries the same DNA as the snazzier Tab S4 10.5, however, it misses out on the high-end stuff, like the AMOLED display, S-Pen, DeX and POGO-based keyboard connector.

The display is still a fairly impressive 10.5″ 2560 x 1600 LCD panel, with 16:10 aspect ratio and support for Daily Board (which shows reminders and other info when not in use). The design is 8mm thick and the battery capacity is still 7300 mAh. And yes, the four speakers on each corner remain in their spots, with Dolby Atmos support.

The biggest difference would be in terms of performance. The Tab A 10.5 has a low-end octa-core Snapdragon 450 chip instead of Snapdragon 835, clocked at 1.8GHz. It is fairly power-efficient and good enough for daily tasks, accompanied with 3 GB RAM, 32 GB storage, and a microSD slot.

The software running here is Android 8.1 Oreo, with support for Kids Mode. The connectivity options include LTE Cat.16 (optional), USB-C, Wi-Fi ac, Bluetooth 4.2, and GPS. There are 8 MP and 5 MP cameras on the back and front, respectively, with the iris scanner support being taken away.

Pricing is set at 330 Euros, or around $390, for the base Wi-Fi model, with the LTE version costing around $450. That’s good value for a tablet which is still very much like the high-end Tab S4 at heart.