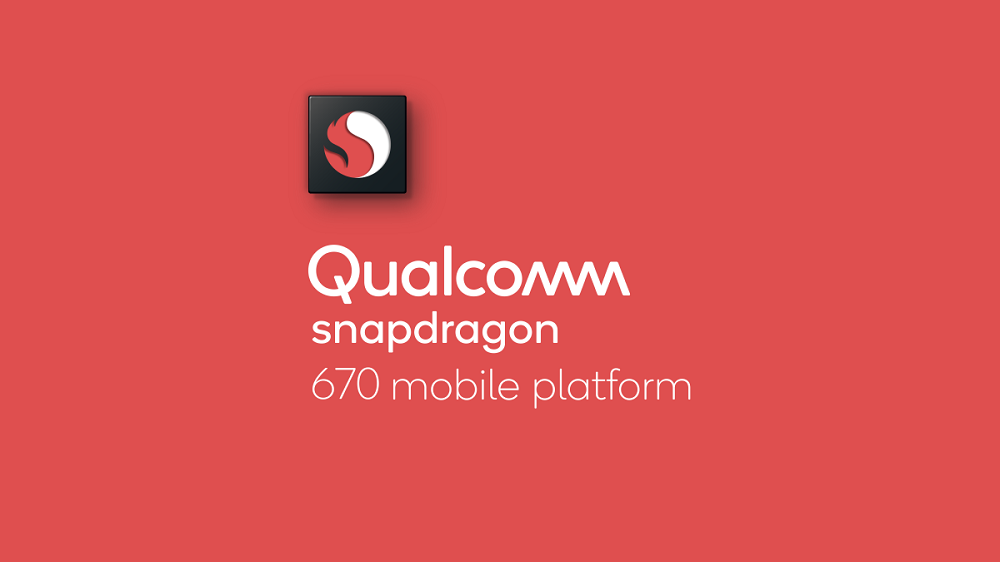 The mid-range processors get a boost with the new Snapdragon 670, this time with improved AI.

Qualcomm is updating its popular Snapdragon 600 series to bring performance and efficiency improvements, with the new Snapdragon 670. The new chipset is built on the superior 10nm procedure of its more powerful variants.

The new processor comes with six low-energy 1.7GHz Kryo 360 cores with Cortex-A5 architecture, to handle most of the situations. They sit alongside a dual-core 2GHz Kryo 360 cluster featuring Cortex-A75, which provide performance for more demanding situations.

There is a new GPU in the form of Adreno 615, though, details are scarce on that front. The new Spectra 250 image signal processor (ISP) supports a single 25 MP, or dual 16 MP, camera setups. It brings support for advanced features like noise reduction, image stabilization, and active depth sensing, as well as support for Ultra HD video recording.

For connectivity, there’s the new X12 modem, which can switch between LTE and Wi-Fi depending on the quality of the network or combine the two signals for an additional speed boost. It supports download and upload speeds of 600Mbps and 150Mbps, respectively.

In terms of strict numbers, the performance has improved by 25%, while the power-efficiency has been improved by 30% compared to SD 660. Graphical performance has also increased by 25% but the real deal here is AI performance, which goes up by 1.8 times, thanks to a third-generation AI Engine.

That’ll help the processor achieve near real-time results and improved reliability and privacy. The frameworks are still there for developers to create applications in, including Qualcomm Neural Processing SDK and Hexagon Neural Network.

Devices running on Snapdragon 670 should arrive in the next few months.