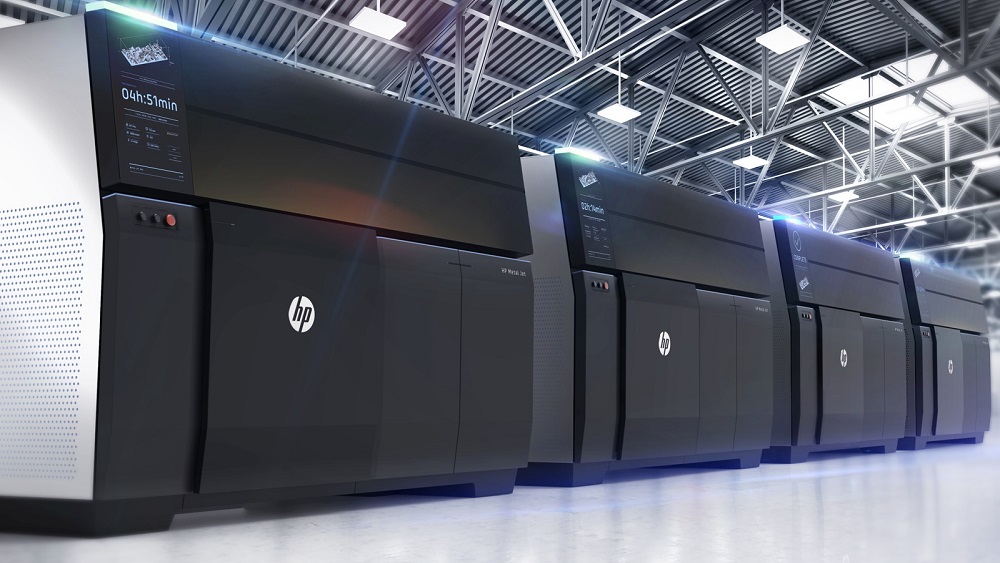 3D printed metal parts do seem like something out of a sci-fi movie.

HP, one of the biggest companies in the printer market, has finally taken time out to unveil its first commercial metal-based 3D printer. The printer, called the Metal Jet, is company’s first attempt at revamping mass-production facilities.

Unlike conventional, consumer-centric 3D printers, the new Metal Jet prints production-grade metal parts, like steel. It also has a much better output than most of its rivals, being 50 times more productive with a lower cost attached, thanks to the binder-jetting procedure.

The Metal Jet achieves that increasing the printbars by two and the nozzle redundancy by four times. Unlike other consumer 3D printers, HP’s model looks more like a photocopier. It also offers a lower acquisition and operational cost.

In the beginning, at least, the printer won’t disrupt large-scale production worldwide. Volkswagen will use it for key rings and name plates, initially, before graduating to mirror mounts and gearshift tops, though, in electric cars the uses could be much more diverse. It’ll also be used for building shipping parts and medical instruments.

Accompanying the printer is HP’s Metal Jet Production Service, which will allow customers to upload their 3D models in the database and produce the parts in large volumes easily. The service will launch in 2019.

Whether the Metal Jet is successful in even slightly disrupting mass-production techniques is yet to be seen. It’ll be available initially by 2020, and mass-produced in 2021, According to HP, it is best-suited for a production run of 50,000-70,000 parts. It’ll be priced at under $400,000, so forget about getting one for personal use.