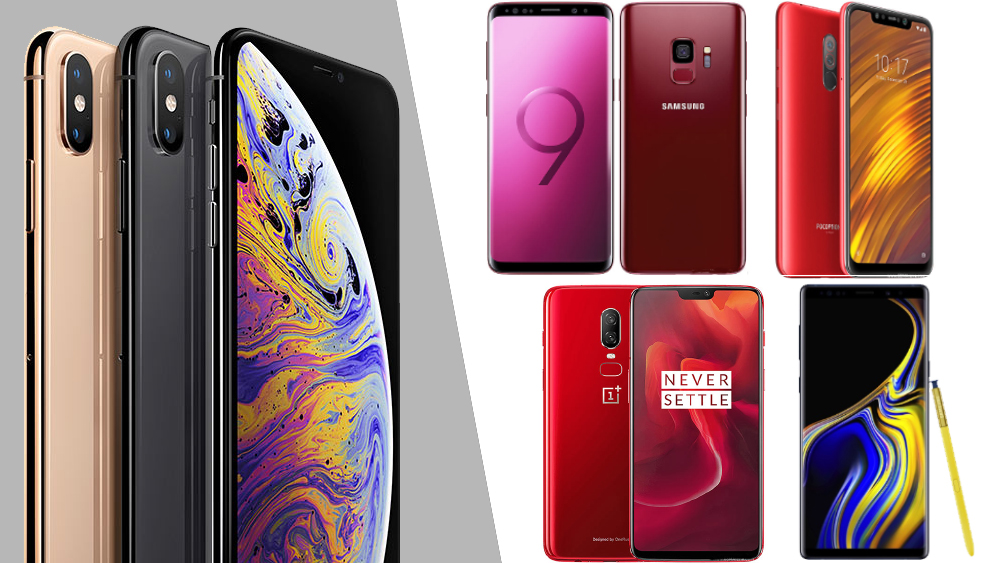 How many smartphones can you buy within the price of an iPhone XS Max?

Apple recently launched its flagship iPhone trio – the iPhone XS and XS Max – as well as another low-spec iPhone XR at a relatively lower price compared to the first two.

And just like every year, the new iPhones are pretty expensive. Even more pricey than some Mac computers, the new flagships from Apple are among the most expensive phones you can buy this year.

The iPhone XS and XS Max, coming at around $1,000 and $1,449 come at fairly higher prices as compared to their predecessors. The thing is, there are no significant changes either, as the new duo looks exactly the same as last year’s iPhone X, with some internal improvements such as the addition of the new A12 bionic chip.

Apple’s CEO, Tim Cook justified the prices, saying that the new iPhones replace every other gadget you would need, followed by that old cliché “it’s the most advanced iPhone we’ve ever done.”

Well, you’d agree that that’s not something a cheaper smartphone can’t do. In fact, some of the best flagships of this year can do more than just replace your camcorder, or music player. Even Xiaomi made fun of Apple, by offering full bundles of their high-end laptops, smartphones, headsets, and some other goods within the price of a new iPhone.

What You Can Get Instead

To put things to perspective, we’ve compiled a list of other flagships you can buy cheaper than the iPhone XS Max or the iPhone XS. Do note that the devices included in the list are recent flagships, these devices have the latest hardware, with the best cameras of this year, and top-end features.

All prices in the table are in US dollars to keep the comparison fair.

So if you’ve been thinking about getting the new iPhone XS Max, you could also go for a cheaper Galaxy Note 9 instead, making a $100 saving.

Samsung’s phablet offers a larger display and more  storage for cheaper. Do note that iPhone uses Super AMOLED displays made by Samsung, so you won’t really see a difference between the screen quality and colors of iPhone XS Max and Galaxy Note 9. The display technology is the same.

Think about it, you could get another phone, or a laptop, or perhaps a plane ticket for a trip to another country with the savings you make by not getting an iPhone XS Max. Oh and, you’d still be able to listen to music, capture photos, and record videos on that trip with a Galaxy S9+. Heck you could even get two good phones for that price.

For comparison’s sake, you can buy good phones for your entire family for the price of one iPhone XS Max. For the same price, you can get two Pocophone F1’s and another Xiaomi Mi A2 within $1100.

As for the price of a base iPhone XS, which has a smaller display and the same features as XS Max, you can choose to buy two OnePlus 6 phones with more storage and with the same notched displays. The new OnePlus 6 also uses a Samsung-made AMOLED display, so it won’t really make any difference.

The list goes on, you can buy a number of electronics to serve the same purpose just as well for the same price of an iPhone XS Max.

This does not mean you shouldn’t buy an iPhone XS Max or an iPhone XS. They are not inherently bad phones, they have good features of their own, and if your wallet allows, you could definitely buy one. But they offer the worst value for money compared to every other smartphone currently available.

The comparison above is just to put the price difference to perspective. If you have better suggestions, you can sound off in the comments below. If you want to know about all the Apple mobiles, here’s a list of the latest Apple mobiles price in Pakistan and their specs.