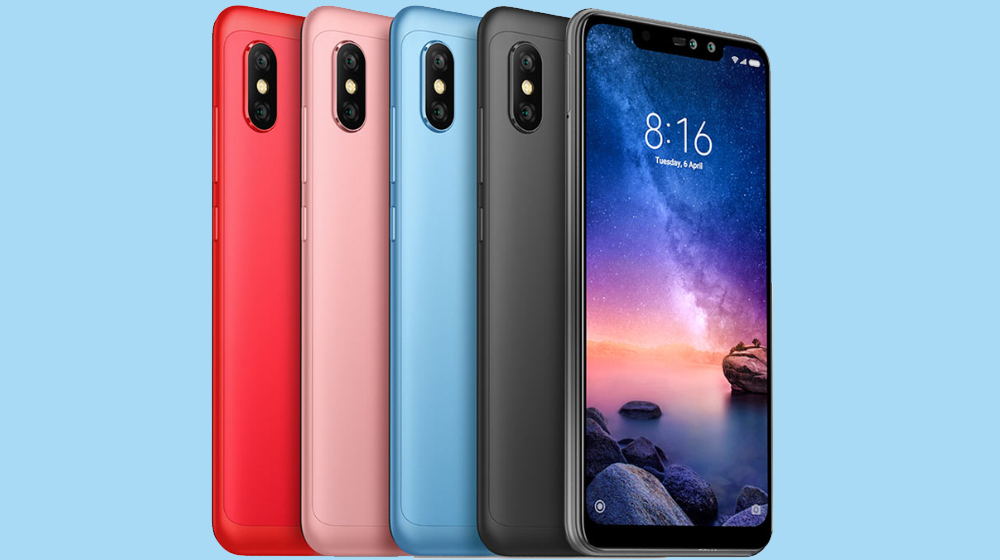 Xiaomi Redmi Note 6 Pro has appeared on a Thai forum, which seems like a soft launch as the company has not made an official unveiling just yet.

The phone looks like a cool new addition the Xiaomi’s midrange bracket with its first-ever four-camera arrangement with two sensors on the front and two on the rear. All cameras are AI-powered to get “AI dynamic bokeh” and “AI portrait 2.0” on both sides. 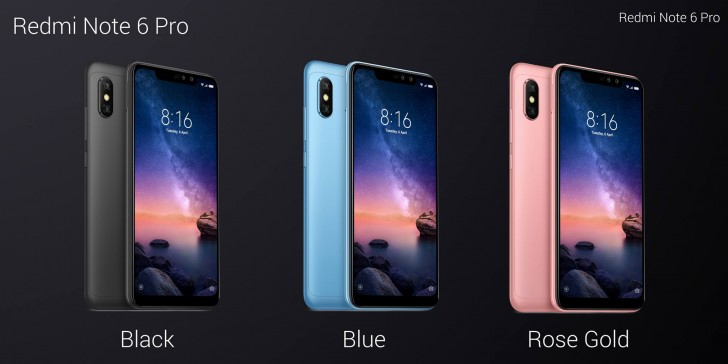 Design-wise, it resembles the Redmi 6 Pro with a similar notch on the front. Only this time, the notch on the front houses two cameras instead of one, in addition to the notification light, earpiece, and proximity sensor. Xiaomi advertised it by comparing its specifications to its predecessor, the Redmi Note 5.

It also has a familiar fingerprint sensor on the rear, and an unspecified version of Corning Gorilla Glass is also present on the front. The screen to body ratio is quite decent at 86%. 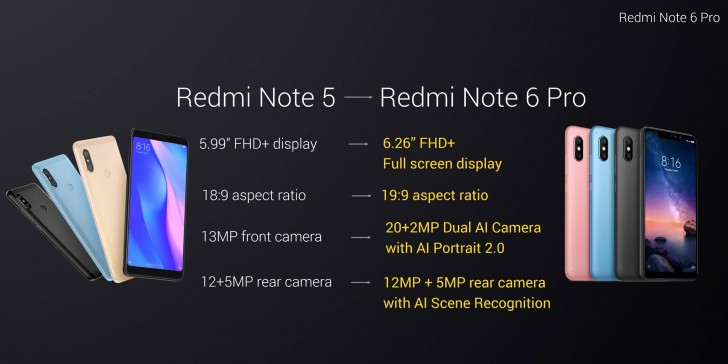 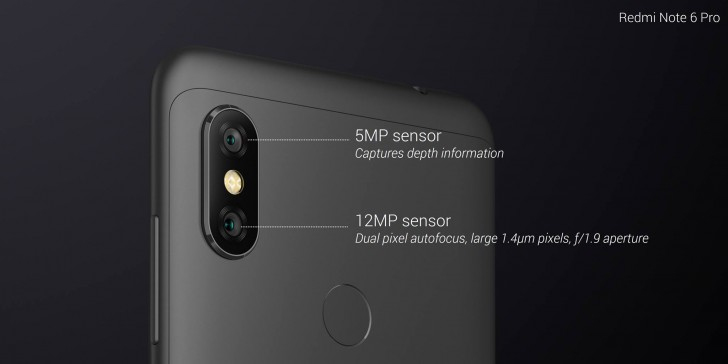 Moving on to the shooters, Redmi Note 6 Pro is the first Xiaomi phone to have dual cameras on the front, as well as on the rear. The rear set up has a primary 12 MP f/1.9 shooter that pairs with a 5 MP f/2.0 depth sensor. The front dual-cam configuration consists of a 20 MP f/2.0 shooter, and a 2 MP depth sensor.

The software-end in cameras is AI-packed to give you beautification features, scene detection, and bokeh effects on both front camera selfies as well as rear shots. 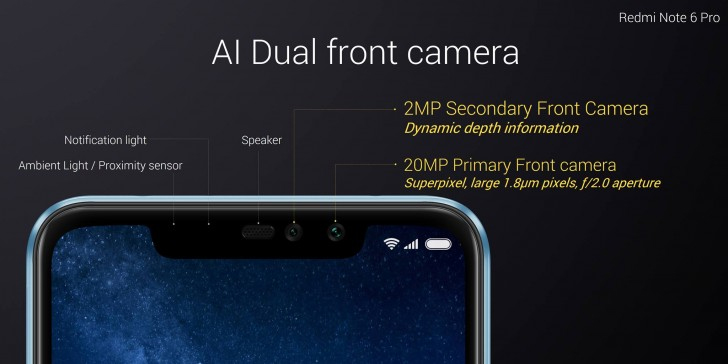 It is available to purchase in Thailand right now, visit Xiaomi’s Thai website to place your order, and for more details.