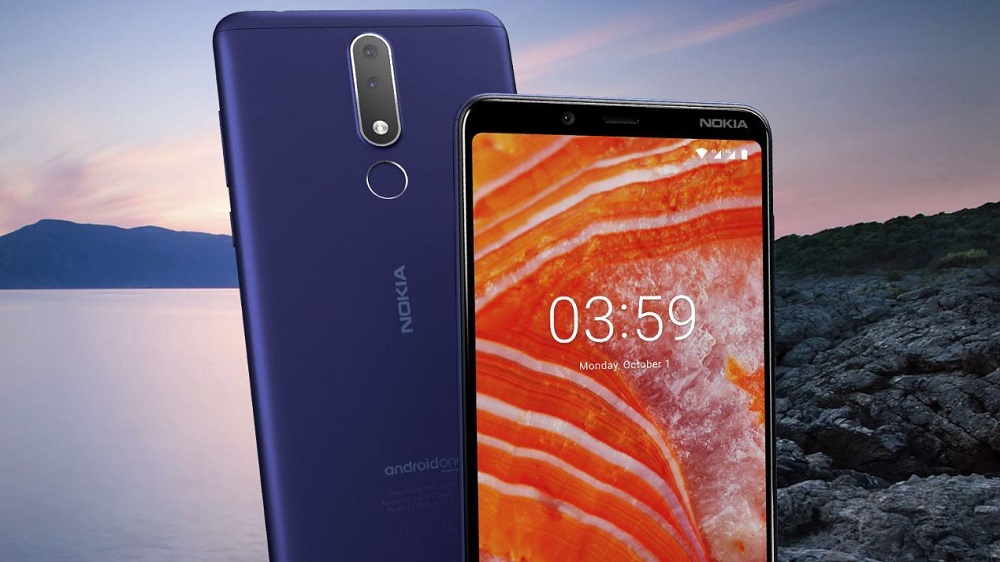 Straight up no-frills design with nothing fancy or outlandish.

HMD Global is unveiling a new entry-level phone to compete against the barrage of phones that the competition is currently launching. The new Nokia 3.1 Plus is a no-frills phone that aims to cover the basics at an affordable price.

The display is a large 6-inch IPS LCD panel with HD+ resolution, which hardly works at this size. It comes with an 18:9 aspect ratio, with a fingerprint scanner at the back.

The phone features a modest aluminum build, which will be available in Blue, White, and Baltic.

The processor here is a mid-range Helio P22 one, which would mean around SD636 level of performance. It is accompanied with 2/3 GB of RAM, and either 16 or 32 GB of storage.

The phone is part of the Android One program, which promises an Android 9.0 Pie upgrade in the future.

The back boasts a 13 MP main camera accompanied by a 5 MP depth sensor. The front also comes with an 8 MP camera.

Battery capacity is set at 3500 mAh, without support for fast-charging. Pricing is set at around $150 in India, which falls well within the lower mid-range category. It should be available in Pakistan in the next few weeks.