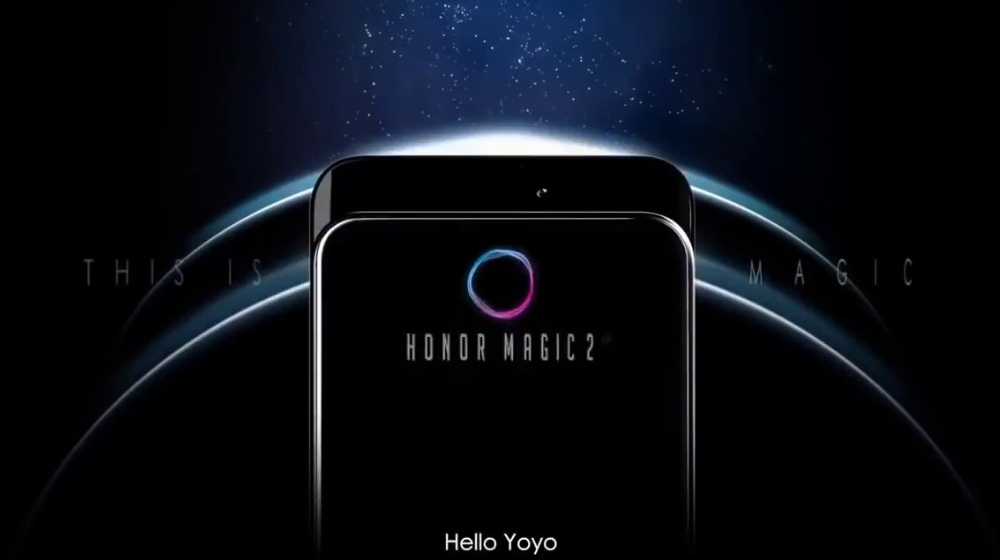 Could this be the best all-screen phone of this year?

Honor recently said that it’s going to launch its own all-screen phone with a manual slider, called Honor Magic 2, in the coming weeks.

The phone has been teased in an official video by Honor, shown below:

It’s going to have a similar design as the Find X, an all-screen body with close to 100% screen-to-body ratio, and no front notch. The selfie camera will need to be slid out manually using your thumb. It won’t have a motorized slider like the Find X, though the design has been kept similar.

Honor Magic is the company’s flagship series, so it’ll pack all the latest internal features and camera goodies. Some of the specifications have already been revealed, including Magic 2’s Huawei-made Kirin 980 chipset. Other than that, it’s going to have a nearly 100-percent screen-to-body ratio without a notch and will have 40W fast charging as well.

As seen in the video above, there are some other sensors next to the front camera after it slid out. These could be IR sensors for facial recognition and fast unlocking. Other than that, a dual camera set up is visible on the rear.

These days, most flagships are going for more than two cameras on the rear, so we can’t say yet whether or not Honor plans on going for a more sophisticated rear set up.

More leaks suggest that Magic 2 will use an in-display fingerprint sensor and will be built using graphene to prevent heating issues. According to Honor officials, the phone will have AI software features for both photography and user interface, so as to speed up the way apps get launched for the users by making predictions.

None of the data is official for now, we’ll know more when the company makes another announcement.