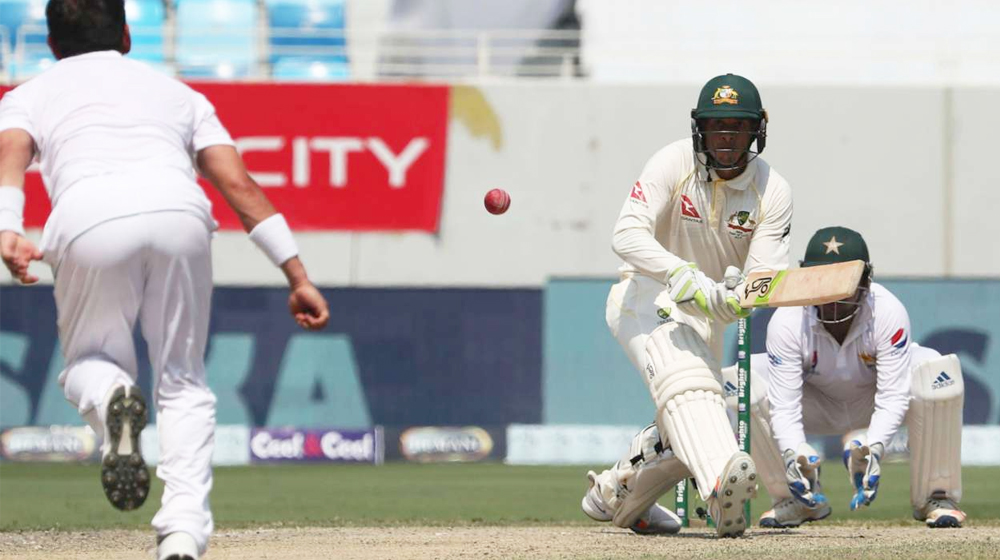 Usman Khwaja’s gritty hundred and Tim Paine’s heroic resilience have denied Pakistan a certain victory in the first Test of the two-match Test series at the Dubai International Stadium.

In response to Pakistan’s 462-run target, Aussies scored 362/8 to draw the first Test.

Aussies were way more resilient in their second innings as compared to the first. First, there was Finch-Usman’s 87-run opening partnership, then a 132-run stand for the fourth wicket between Travis Head and Usman Khawaja.

The Usman-Paine partnership for the 6th wicket yielded 79 runs but it took more than 36 overs for Pakistan’s spin attack to break this match-defying partnership.

Usman’s wicket seemed to be the last hurdle as the touring side lost 3 wickets for just two runs with more than 12 overs still to be bowled.

It was Tim Paine and Nathan Lyon who defied Pakistan’s growling spin attack and took the game to draw. Paine remained not out 61 and Lyon carried the bat with 5 to his name on 34 balls.

Yasir Shah, who went wicketless in the first innings, grabbed 4 in the second, whereas Mohammad Abbas took three scalps in the second innings and 7 in the match.

Bilal Asif, the hero of the first innings, could not make a breakthrough on the last day of the game.

Earlier, Pakistani skipper Sarfraz Ahmed opted to bat first on a flat surface. Pakistan posted a mountainous total of 482 runs in the first innings, thanks to hundreds from Mohammad Hafeez and Haris Sohail, followed by half-centuries from Imam ul Haq and Asad Shafiq. 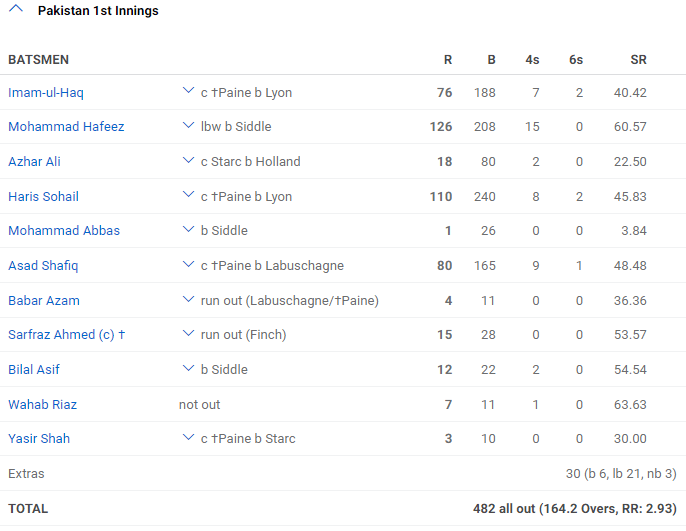 In reply, Australia were bowled out for just 202 runs despite a 142-run opening stand between debutant Finch (76) and Usman Khawaja (85). 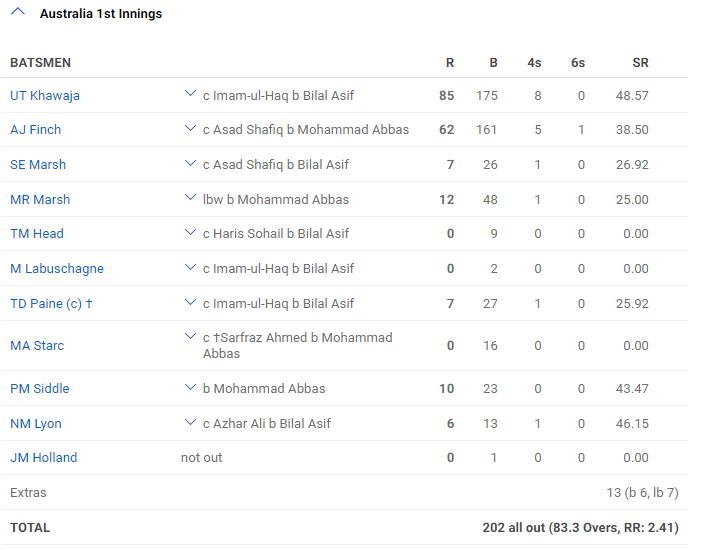 Pakistan decided against imposing a follow-on on Aussies and started the second innings with a whopping 280-run lead.

The national side declared its second innings at 181/6, posting a target of 462 runs for the visitors – a total that has never been chased. 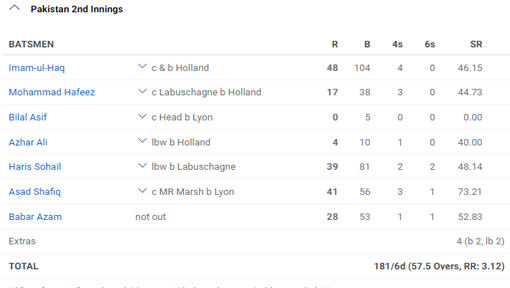 The team in Baggy Green began pursuit of the target on a positive note with openers giving them an 87-run stand. Mohammad Abbas struck in the last session of the fourth day to remove Finch (49), Shaun Marsh (0) and Mitchel Marsh (0) to give Pakistan a sense of victory.

But the long-awaited victory was denied by the heroic resilience, first from Khawaja and then by the skipper Tim Paine.