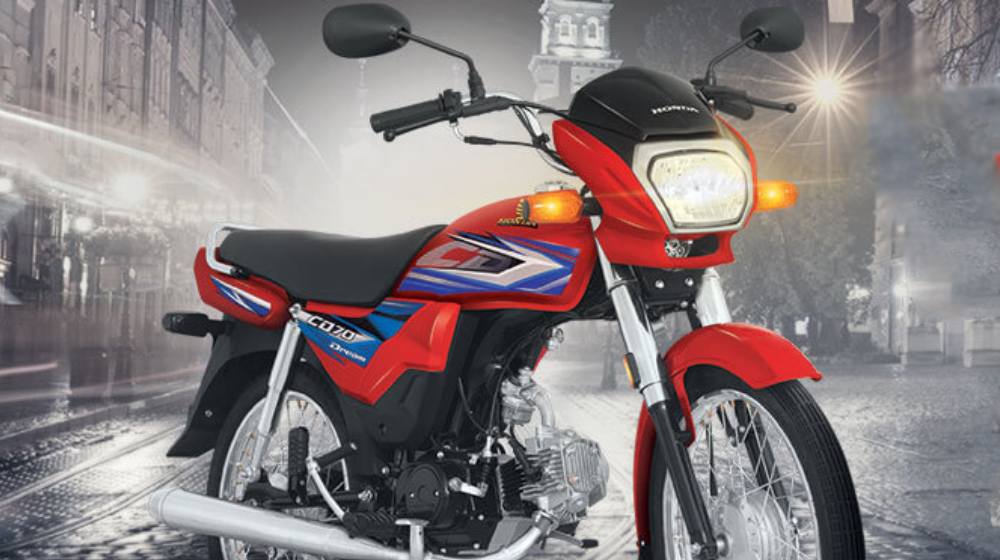 CD-70 is getting a new sticker design.

Atlas Honda has changed pricing for some of its low-end motorcycle, including the CD-70 Dream which is Rs. 1,000 more expensive.

To justify the price, the company went for a slight “remodel” for the bike. By “remodel”, Atlas Honda has changed the previous vinyl sticker on the body, and replaced it with a newer multi-colored design. The sticker comes in different colors based on which body color you go for, whether its Black, Red or Silver.

As hilarious as it sounds, that’s the only new “improvement” by the company made to justify the price increase. And let us assure you, the rest of the bike is exactly the same, with the same body, same components, same features, same everything.

CD-70 Dream is one of the lowest end motorcycles produced by the company. It has a meager 70-cc engine, basic drum brakes, and no electric start. It’s a bit expensive than the even more lower-end base version called CD-70, which has the same specs but a different body design.

The bike still manages to get sold in huge numbers. Mainly due to its fuel efficiency and low maintenance costs, the two most desired characteristics in the Pakistani auto market. In the last three months, 266,029 units of CD-70 Dream were sold, which goes to show just how popular it is in the country.

It costs Rs. 69,900 now, after price adjustments for the “sticker upgrade”.