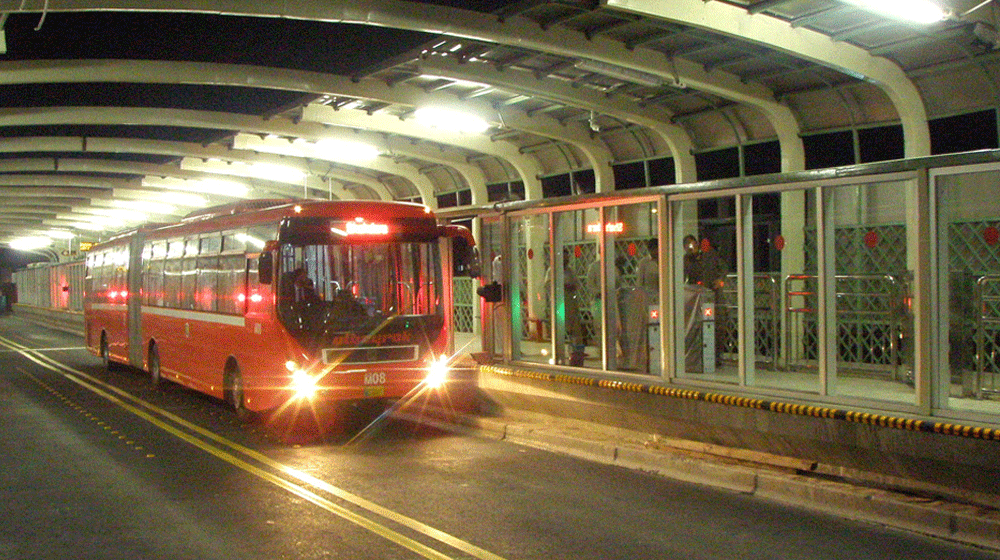 The government of Punjab has announced to end subsidy on Metro Bus fares that cost billions of rupees annually.

This means that around 331,000 passengers, who travel by metro buses in Lahore, Rawalpindi and Multan every day, will now have to pay more than the current fares so that the government can cut its fiscal deficit.

The decision was announced by the Punjab Finance Minister Makhdoom Hashim Bakht in a brief press talk on Thursday.

Hashim told the media that the provincial government bears a burden of Rs 12 billion every year in terms of fare subsidy on Lahore, Multan and Rawalpindi Metro projects.

“Lahore Metro Bus Service from now onwards, being run from Shahdara to Gajjumata, would be charged on a stop-to-stop basis,” Bakht said.

Bakht maintained that ‘these rationalization cuts in fares’ would not burden the masses, and the government subsidy, will also decrease.

PML-N has reacted strongly, as expected, as the Metro projects were its brainchild. It argues that the cut in fare subsidy on these projects will put more burden on the masses and will add to their financial woes. PML-N leaders criticized the PTI government’s decision as one against the universal norms. Pakistan Peoples Party (PPP) is yet to break its silence on this issue.

The PML-N-led government in Punjab, months before the general elections 2013, started a mass transit project in its political fort, Lahore. The idea was to give its supporters something that will make them forget the government’s failure in Sasti Roti, Peeli Taxi, Ashiyana Housing schemes and many more.

Lahore Metro Bus Service, launched in February 2013, covers the 27km-long route from Gajjumata to Shahdara. It was built with Rs 30 billion and causes approximately Rs 4.2 billion in an annual loss to the Punjab government.

Rawalpindi-Islamabad mass transit project was built at a cost of approximately Rs 39 billion and the government was paying a subsidy of Rs 2 billion on this project.

Similarly, cost of the Orange Line project has reached Rs 250 billion, and it is yet to be finalized. When it comes to run this 27 Kilometre-long automated rapid transit project, it will put a burden of Rs 3.5 billion on the national exchequer.