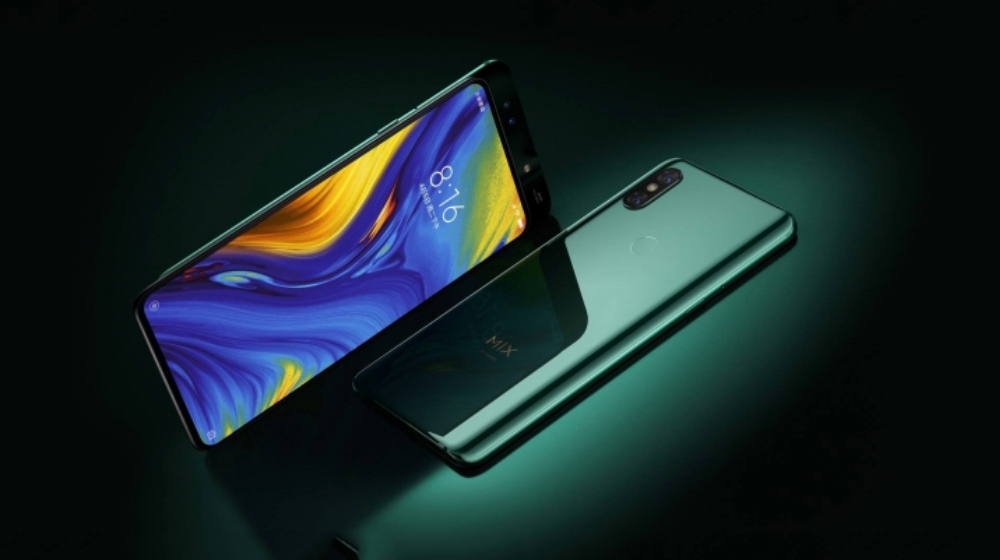 The much-anticipated Mix phone from Xiaomi is finally here.

Xiaomi’s Mi Mix 3 has finally been unveiled at an official event in Beijing, with an all-new slider design and full-view display. But that didn’t get us by surprise, as the phone has already been in shown in leaks and rumors.

However, there’s more to it than just the slider and screen. Mi Mix 3 is among the first 5G-ready smartphones and also among the few to achieve an almost 93.4% screen-to-body ratio without incorporating a notch. One of its variants will ship with 10 GB RAM – highest ever in a smartphone – and top-notch internals.

There were other details that were not confirmed earlier, but the phone’s launch now puts everything to perspective.

Let’s see whether or not the Mi Mix 3 is actually worth all the hype. 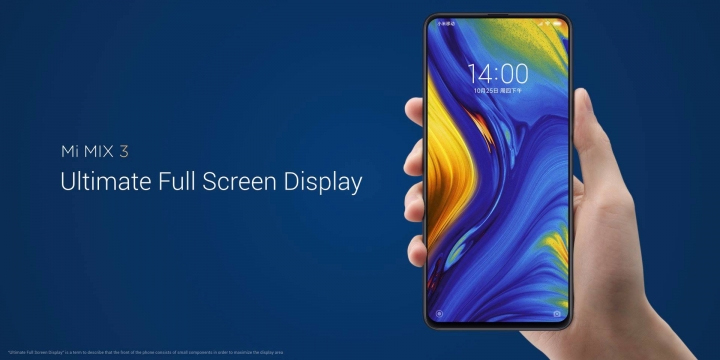 The first thing to see in a Mi Mix 3 is definitely its giant, gorgeous display – the bezels are even narrower this time and the company even worked to reduce the chin on the bottom. And there’s no notch either.

The company achieved this by going for a slider design, similar to Oppo’s Find X but with a slight, but significant alteration. Xiaomi’s iteration removes electric motors to pop the camera out and instead, requires the user to slide the camera out manually using a thumb motion. It’ll remind you of those good old slider phones, where the phone made a cool sound each time you opened the slider. 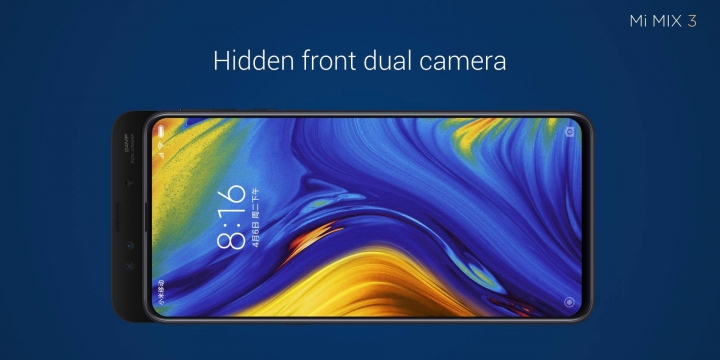 Oh and Xiaomi didn’t miss out on that either. You will be able to select a sound, such as swords clashing, each time you open the slider. The body is made up of 4-sided curved ceramic on top of a 7-series aluminum frame for a premium touch, while the fingerprint sensor stays on the rear. There’s also a dedicated button to launch Xiao AI voice assistant. 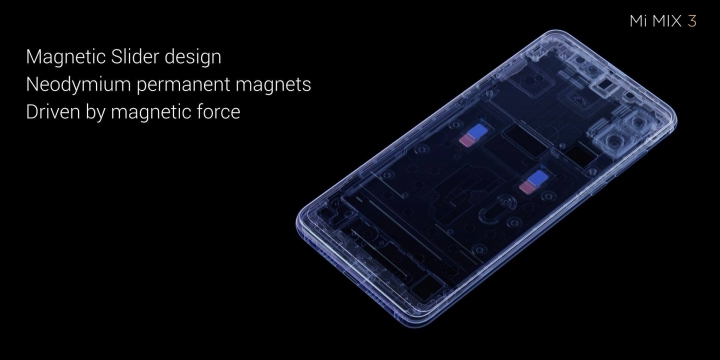 As you’d expect, the phone runs the latest Snapdragon 845 chipset, with RAM options up to a whopping 10 GB. Other options include 6 or 8 GB RAM. However, you’ll be disappointed to hear that the 5G-ready version won’t be launching anytime soon, that variant will be available somewhere in Q1 2019.

At the launch event, Xiaomi made sure to make a big deal out of the Mi Mix 3’s camera. And it just might be among the best ones in the market yet, with a DxOMark score of 108 (photo). Camera set up is similar to the Mi Mix 2S, but comes with “algorithmic” improvements, says the company. 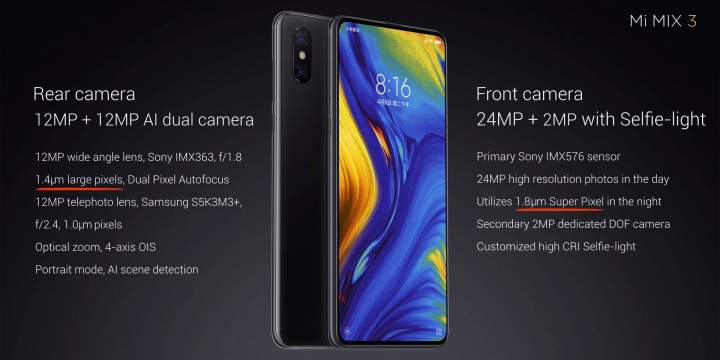 The company is sticking to dual-cameras this time, with a 12MP + 12MP set up on the back. The cameras feature 2x optical zoom, 4-axis OIS, and full AI support for better photography, especially in low light. Another cool bit is the 960fps video recording mode, that shoots super slow-mo videos, just like the recent Samsung Galaxy S9 siblings, the Note 9 and Sony’s XZ-series phones. It can record 4K videos at 60fps as well.

Hidden under the display, there are dual front cameras as well, with their flash. Xiaomi used Sony IMX576 sensors for the front, with a 24MP + 2MP arrangement. The secondary shooter is merely a depth sensor for advanced bokeh effect.

The company hasn’t revealed which Android version the phone will run yet. It’s likely to be at least Android 8.1 Oreo, though it would be nice to have Android 9.0 Pie. It’ll surely come with Xiaomi’s proprietary MIUI skin on top, with a number of full-screen features. 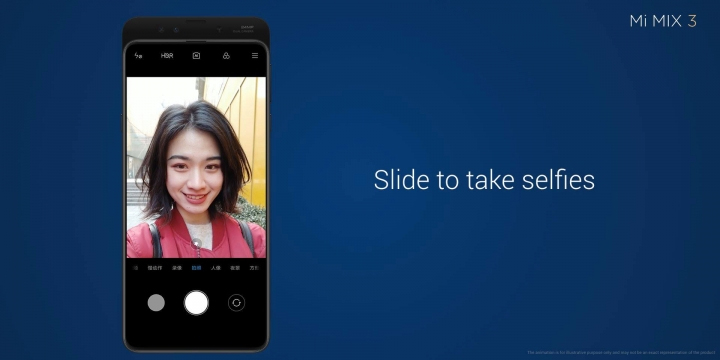 The software will also use the slider as a shortcut button, to let you carry out tasks just by sliding the cameras out, like picking up calls, accessing shortcuts, launching the selfie camera, etc.

Battery size is a 3,200 mAh unit. The phone features 10W wireless charging, and by the way, Xiaomi is including an original wireless charger in the box with every phone. The wired charger is going to be USB Type-C, with support for QC 4.0+. 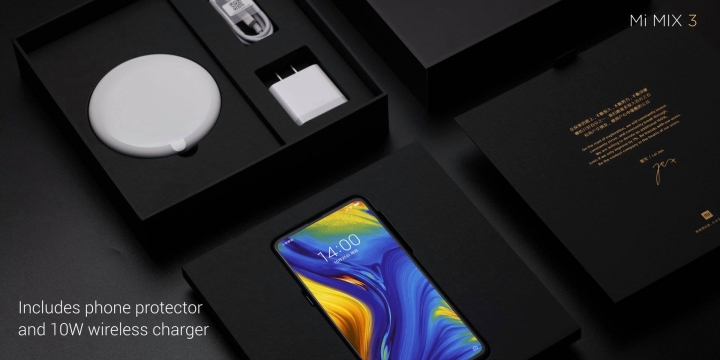 The phone will hit the markets soon, expect it to arrive in Pakistan in the next couple of months.